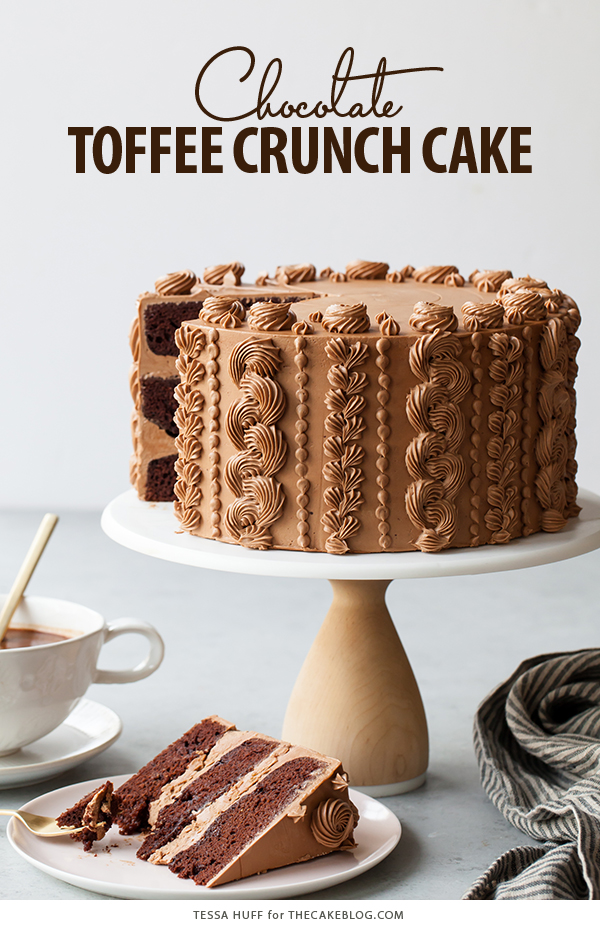 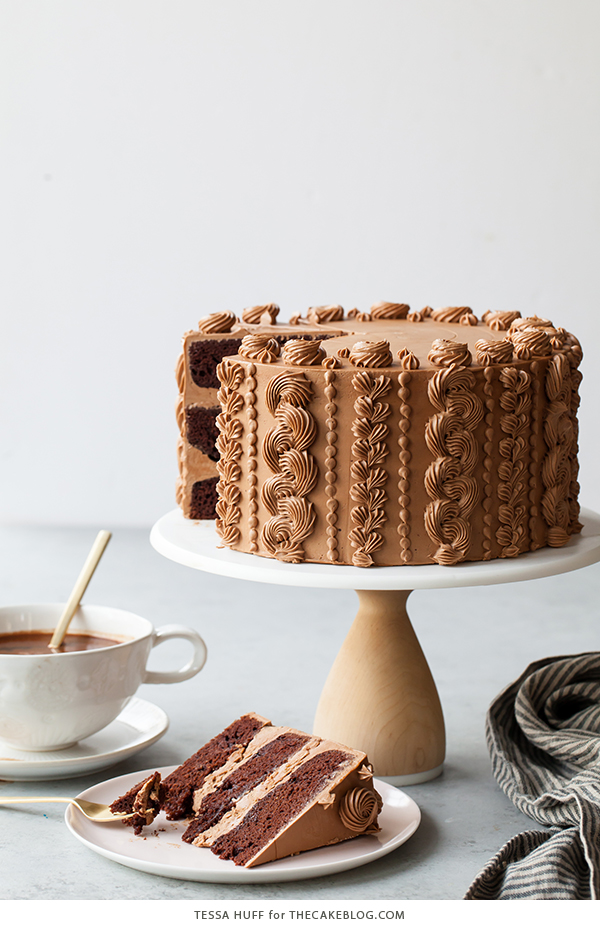 Winter always sneaks up on me. On the lucky days where the sun in shining bright, I tend to forget just how crisp and cold the outside air is here in Canada. We’ve lived up here for five years now, and with Thanksgiving in October, I feel like the holiday season gets extended… and I love it. 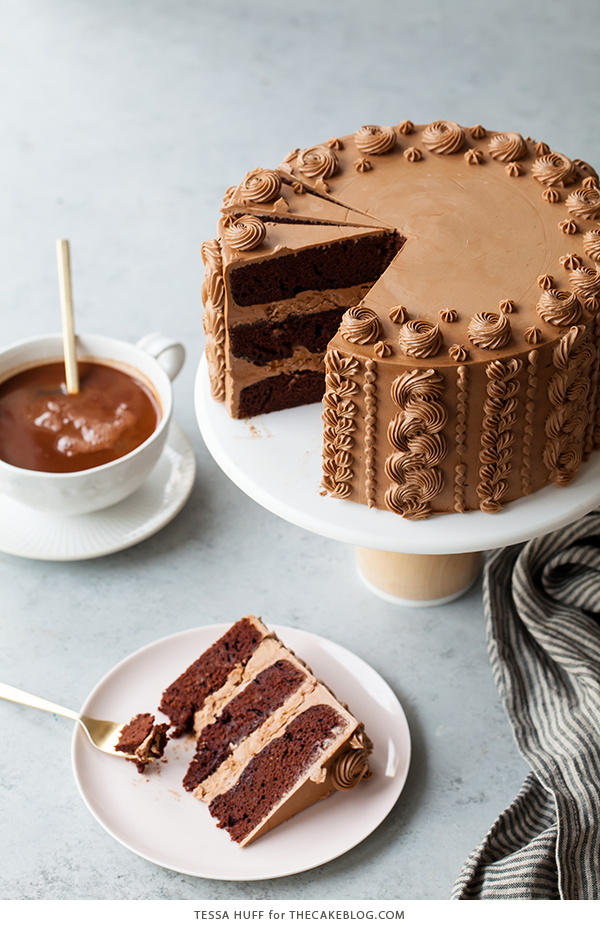 Before we dive straight into peppermint and eggnog everything, I wanted to create this subtly spiced, decadent cake. I’ve been craving cozy and the combination of chocolate, cinnamon, and toffee crunch in this recipe is like a giant hug – like cuddle under your thickest quilt with a warm hot chocolate kind of comfort. The piped knit details bring it all together. 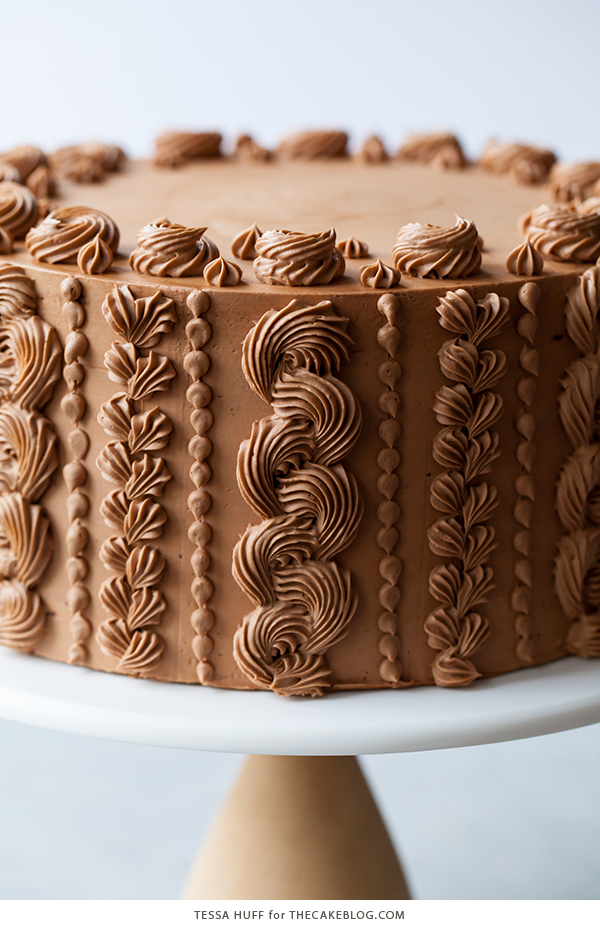 The chocolate buttermilk cake doesn’t have a lot of rise but is so fudgy and moist. My new favorite. I love the crunchy element in the form of toffee that interrupts the smooth, silky chocolate buttercream. Chocolate Swiss meringue buttercream is underrated – every time I use it, I questions why I don’t smoother it on everything I bake. A bit of cinnamon sneaks into the different elements to add a bit of spice in each bite. 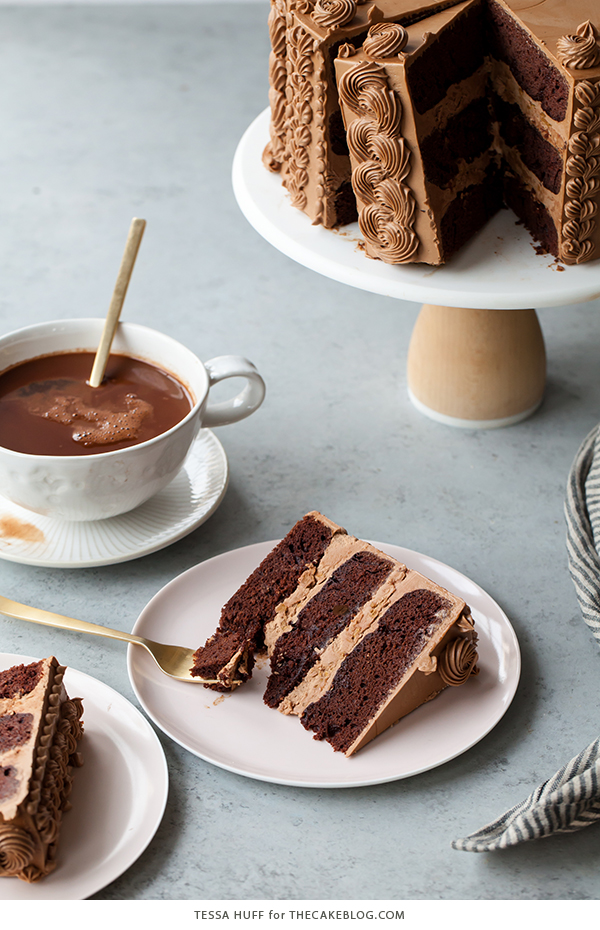 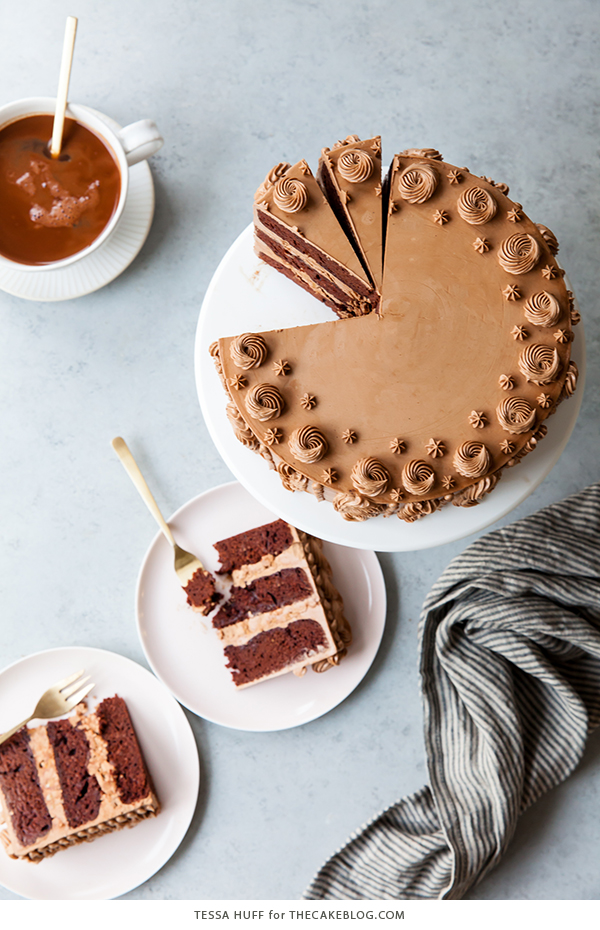 DO: Have fun and get creative!
DON’T: Drink a ton of coffee ahead of time
DO: Score lines with the edge of your offset spatula for straighter piping
DON’T: Stress too much if it’s not perfect
DO: Kneel or sit down so that you are eye level with the cake while piping
DO: Practice with different piping tips and patterns on a piece of parchment before piping on the cake 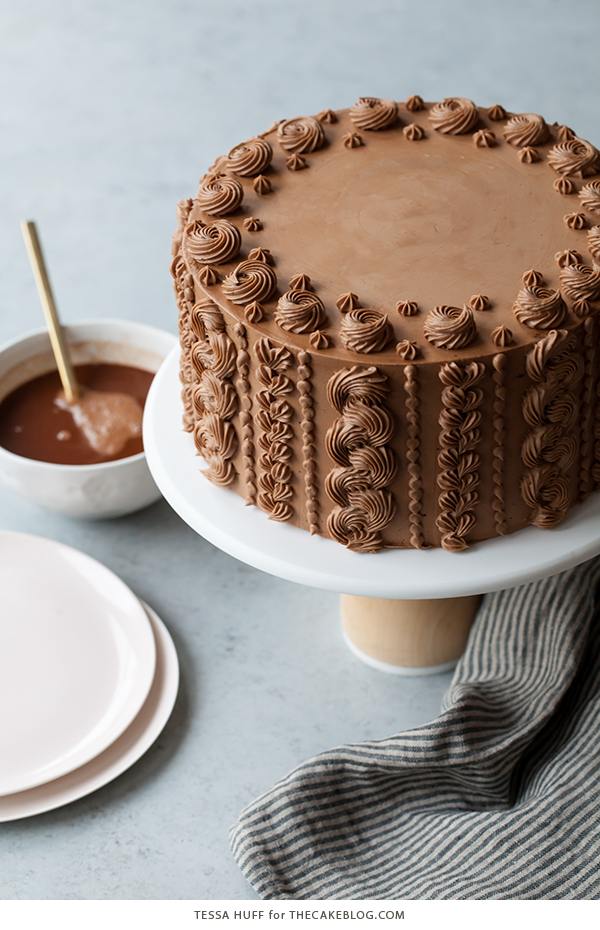 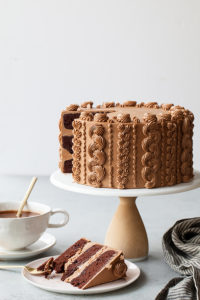 For the Chocolate Cake:

For the Milk Chocolate Buttercream:

For the Toffee Crunch:

For the Cinnamon Simple Syrup: 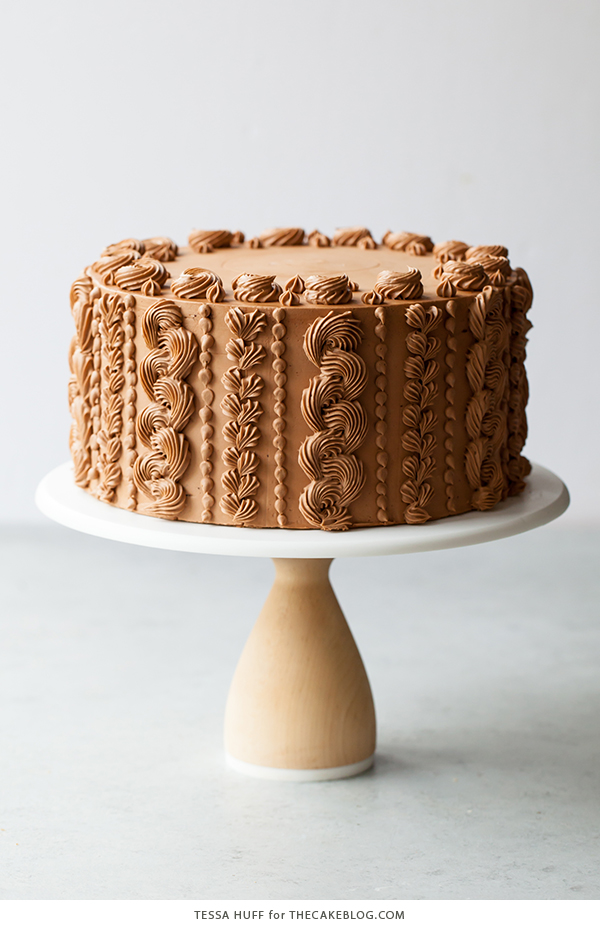 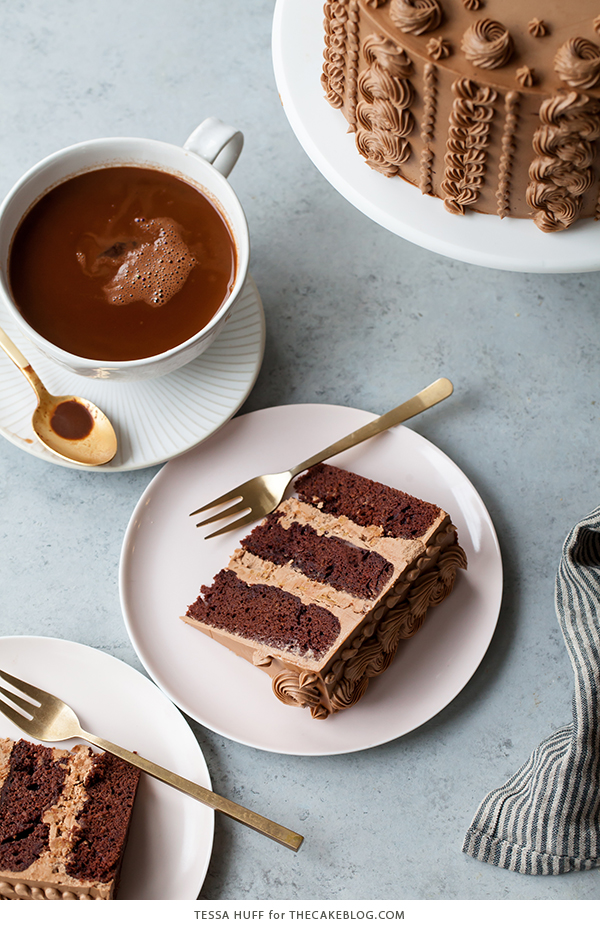 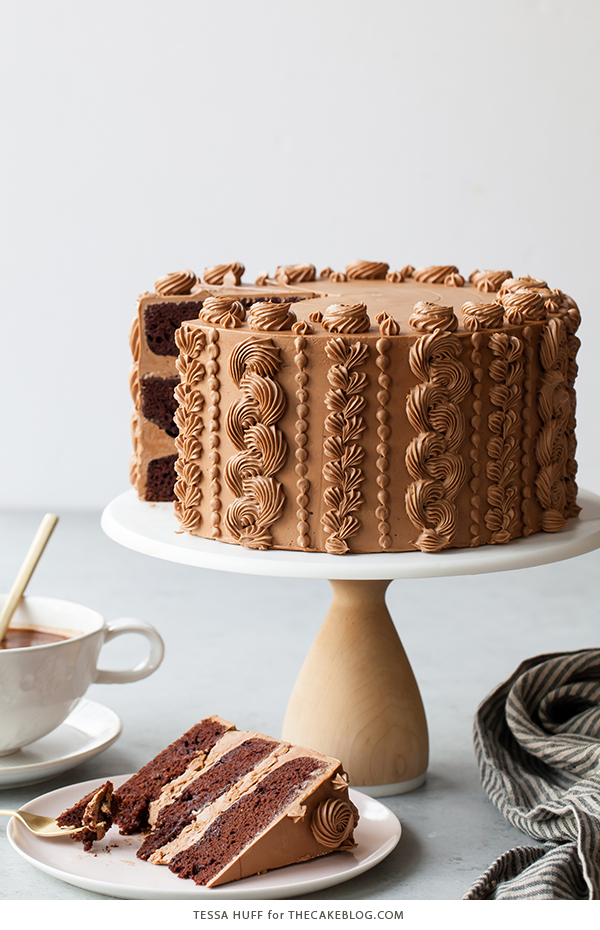