Puss in Boots is a leg-en-dary cat, winning the hearts of fairytale fans for centuries.  From his start in French literature to his appearance in a Grimm brother’s tale, ballets, the Little Golden Book classic and more.  And of course, no one can forget this most recent role in the Shrek movies, followed by his very own feature film.  And now, Puss in Boots lives happily ever after… as a cake!   Trina of Sweet Ruby Cakes has taken this loveable feline and turned him into the most purr-fect cake!  A clever and oh-so-charming Puss in Boots Cake! 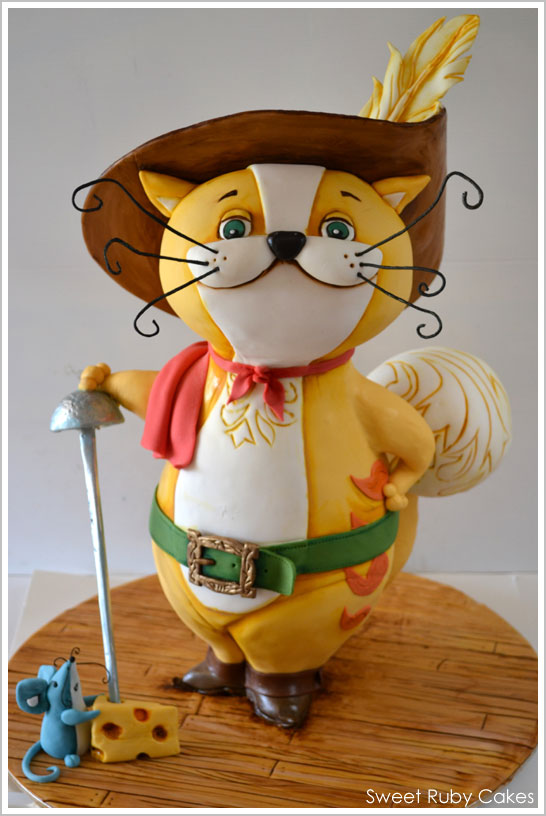 Trina of Sweet Ruby Cakes shares the inspiration behind her design:

“The design was based on a illustration from one of my daughters picture books.  I had always wanted to make a Puss n Boots cake, but didn’t want it to look exactly like the character from Shrek.  The story itself is so much older than Disney!  I loved the idea of him having this rotund body and tiny feet and arms, shaped like a bowling pin.” 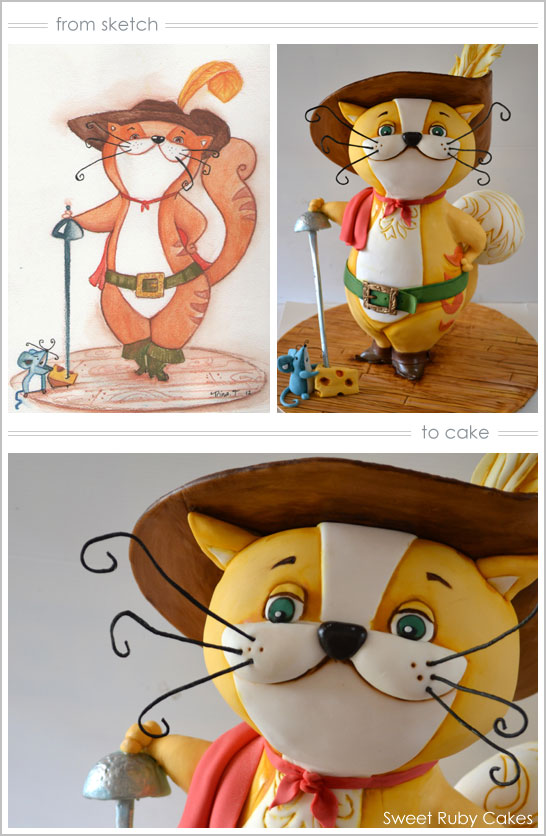 “Because his upper body and head is all cake, he needed a strong support, so his legs and tail were modeled with rice krispies.  I used an antiquing type painting effect to give him an illustrative look and finished him off with kinky curled whiskers, inspired by Tim Burton drawings.

His cute little belt buckle was made with modeling chocolate, the design carved in with a small modeling tool and then dry brushed with gold dust.” 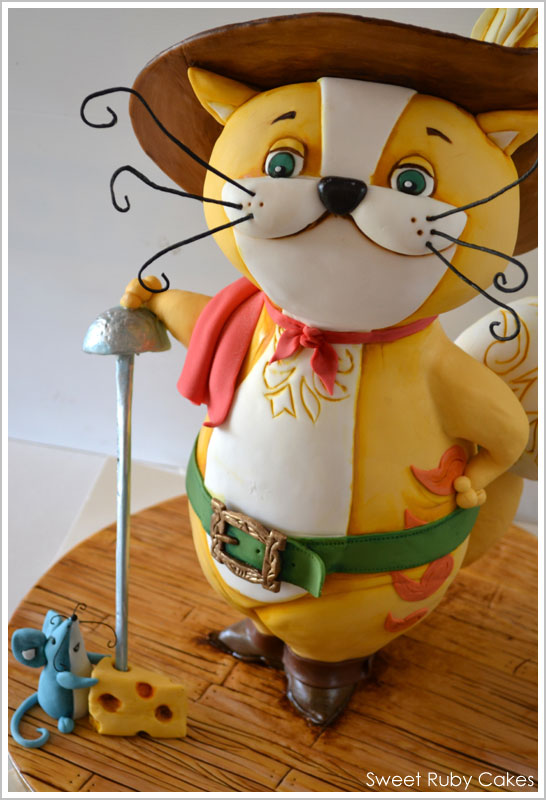 Could he be any more adorable?!?  From his round little belly to his whimsical whiskers and infectious grin, he does the boots proud!  And dare I say it…?  He would go nicely with a glass of milk.  Meow.  ; )

A very special thank you to Trina of Sweet Ruby Cakes for sharing her incredible Puss in Boots Cake with us today!  We are smitten by his charm and by your talent!