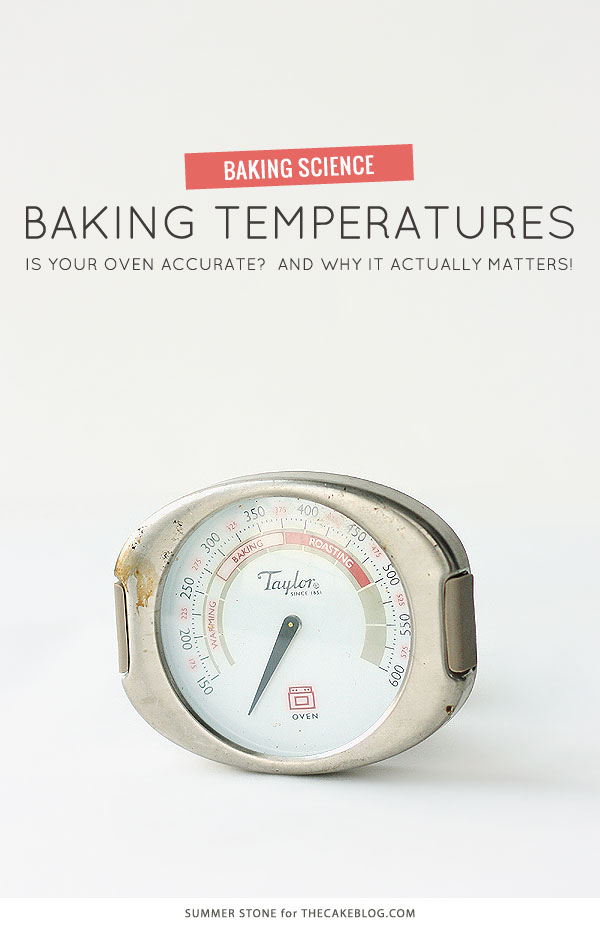 Have you ever wondered why most cakes are baked at 350ᵒ F?  And why do cookbooks and baking authorities make such a fuss about making sure your oven temperature is accurate?  What is it about that mystical number on the oven’s dial that makes it work so well for baking and what happens if, heaven forbid, your oven temperature is off?  Let’s take a quick look at the effect of oven temperature on the baking process and how you can take control of the outcome of your baked goods with a little thermal know-how.

During baking, a cake batter undergoes a complex process of chemical and physical reactions which transform it from goo into light, fluffy delightfulness.  Each of these actions takes place when the batter reaches a particular temperature and the rate at which they occur is dependent on how hot the oven is.  Here is a snapshot of the activities which convert batter into cake and the order in which they occur: 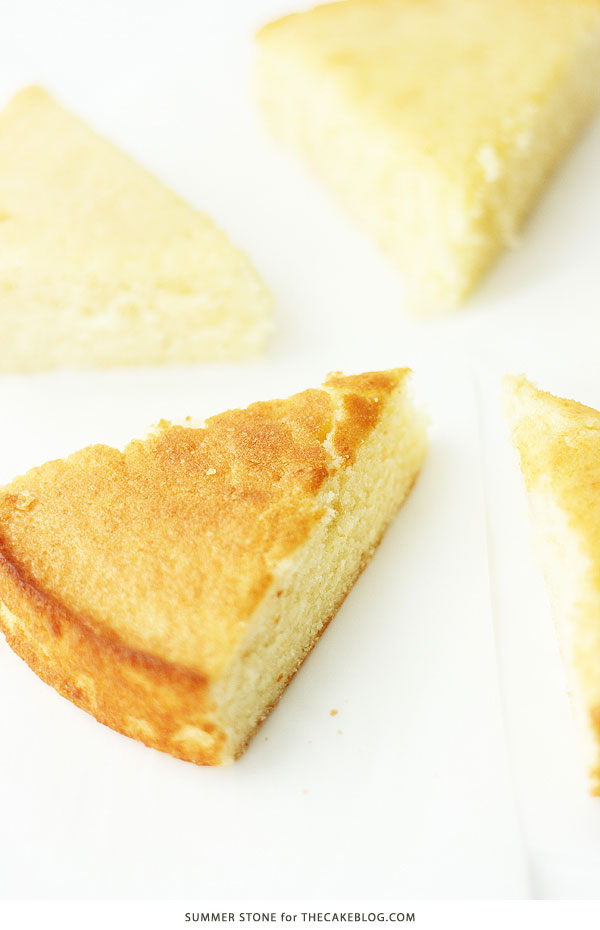 If a cake is baked at a relatively low temperature, these steps take place more slowly and evenly throughout the cake with less overlap in processes. The gentle rise in batter temperature allows the external crust of the cake to react in similar fashion to the inside of the cake. Conversely, batter placed in a high temperature oven will have a number of processes going on in rapid succession and in uneven distribution.  In this scenario, the cake crust will undergo all of the steps more quickly than the internal portions of the cake. 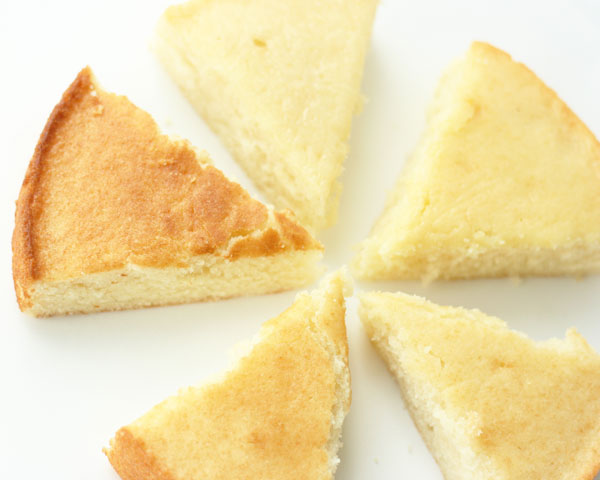 I baked a number of cakes from 300ᵒ F to 400ᵒ F to provide a practical example of how oven temperature alterations can modify the end results.  A cake baked at 300ᵒ F is lighter and fluffier than a cake baked at 400ᵒ F.  The cake baked at 300ᵒ F also has a pale even outer crust which remains gummy due to the reduced degree of evaporation at the cake’s surface.  The 400ᵒ F cake has a dark, ledged outer crust with a more dried surface.  The evaporation of water on the surface of the cake enables caramelization processes to occur.  Caramelization can add flavor but if taken too far can lead to a burnt, acrid taste.  The other notable difference in the cakes with various temperatures was in the consistency of the crumb.  The cake baked at 300ᵒ F had a very soft, smooth crumb while the cake baked at 400 F had a slightly more rough-textured mouthfeel.  This is likely due to the speed under which the proteins coagulated. 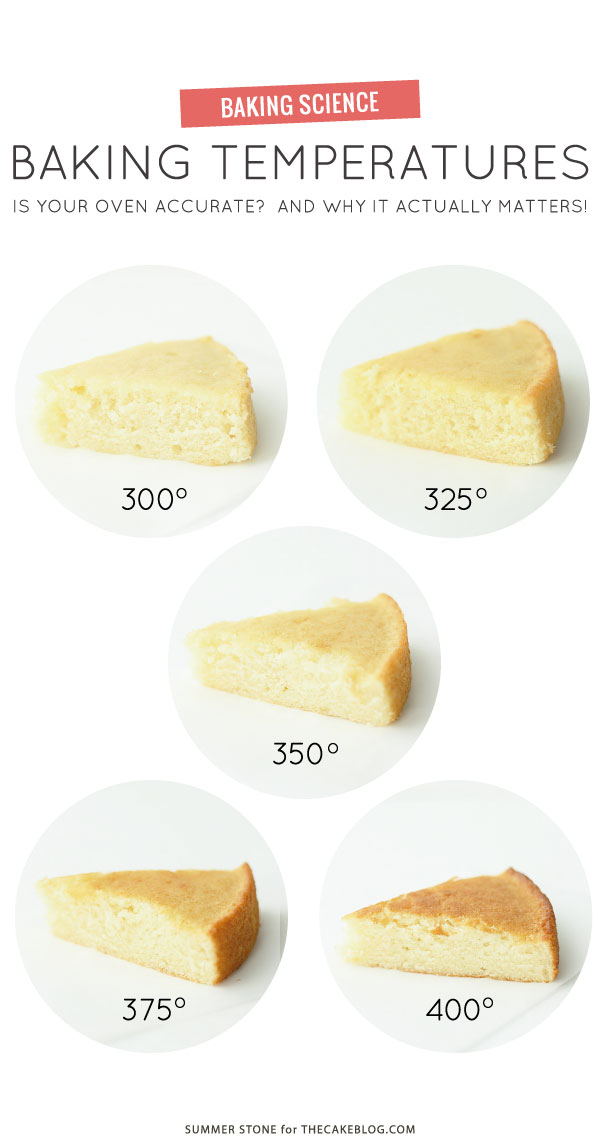 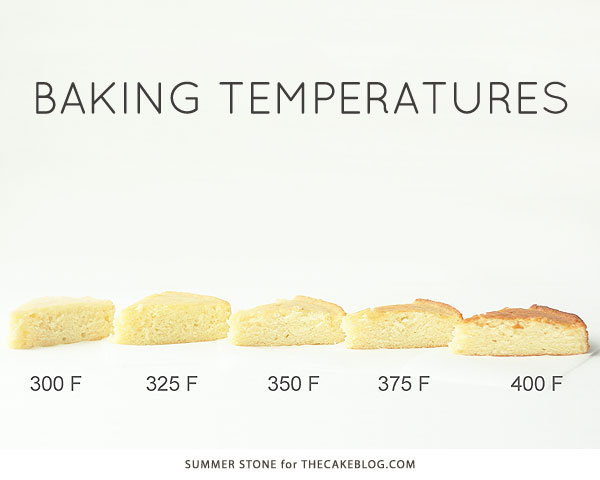 There you have it!  Altering the temperature in which you bake has a significant effect on the outcome of your cake.  By knowing the accuracy of your oven, you can better predict the final result of your cake.  If you’ve ever baked a recipe and wondered what went wrong, give your oven temperature a second look.  Most ovens are calibrated inaccurately, leaving you unaware that you’re baking at a temperature above or below what your recipe specifies.  It is helpful to purchase an oven thermometer to test the temperature and then adjust as needed.

Plus you can exert some control on the height and texture of your cake simply by adjusting the heat dial on your oven up or down a bit.

YOU MAY ALSO ENJOY:
Baked to Perfection
Does Ingredient Temperature Matter?
Can You Overmix A Cake?
Does Sifting Make a Better Cake?
How to Bake Without Eggs

« Building On A Technique
10 Ways to Spoil Your Mother »