Our cupcake contributor, Lauren of Crave. Indulge. Satisfy, is baking up something sweet today…

I must admit, I was a little stumped with a cupcake recipe for the month of September!  It’s the time of year where summer is coming to a close so you are no longer in the mood for fresh and fruity recipes, but it’s not quite time to whip out the pumpkin and start fall baking either.  So this month, with the help of some feedback from my Facebook fans, I hope I’ve come up with a recipe that you all will enjoy!  It seemed most everyone was looking for something that included chocolate.  One person suggested a turtle cupcake, which I thought was brilliant since those little turtle candies are one of my absolute favorites!  So in an attempt to appeal to most of your wishes, we have chocolate, we have turtle and we even have a little something extra special in the center… cheesecake!  So go grab some caramels, chocolate and pecans and get ready to whip up a batch of these Chocolate Cheesecake Turtle Cupcakes! 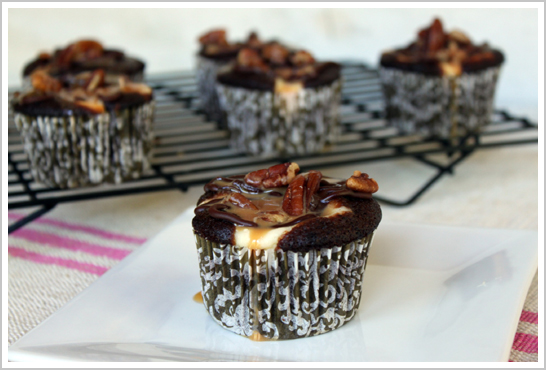 I can’t think of better way to satisfy both a cupcake and cheesecake craving than with these mini cakes.  The base of the recipe is a chocolate cake batter, with a dollop of cream cheese mixture on top.  Pop these babies into the oven and about 20 minutes later you have a delicious chocolate cake with a creamy cheesecake center…yum! 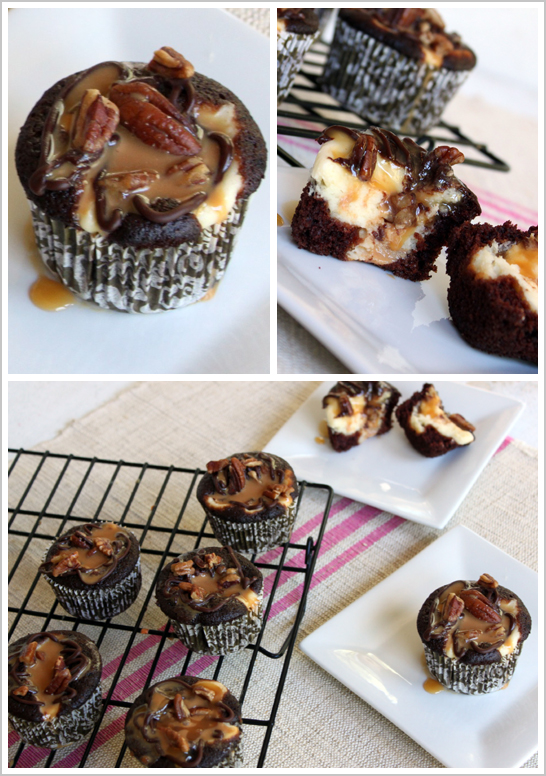 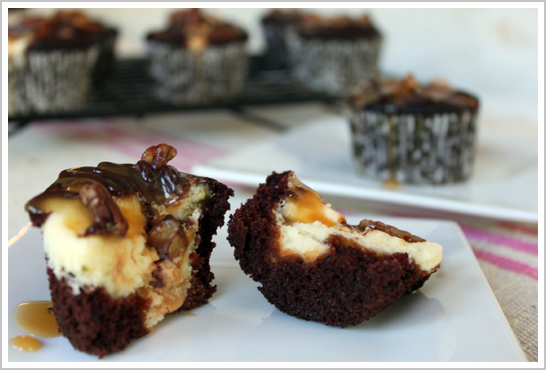 The topping on these is as simple as melting some caramels and chocolate and drizzling on top!  Sprinkle with a few chopped pecans and you have yourself the ultimate turtle cupcake in no time! 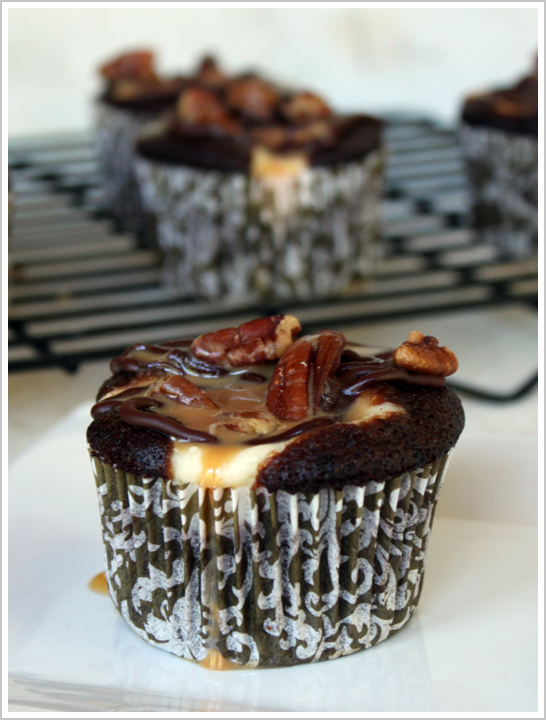 This recipe is really so versatile and can be switched up in a number of ways.  Why not add some chocolate chips to the cheesecake batter before baking and create a Chocolate Chocolate Chip Cheesecake Cupcake…now that’s a mouthfull!  But I know it would be delicious!  Or sprinkle the top of the cupcakes with some of your favorite candy bars instead of the pecans…Snicker’s would be fabulous!  You could even throw a little strawberry jam in to the cheesecake mixture and create a Chocolate Strawberry Cheesecake.  You get the idea…get creative and have fun with toppings that you enjoy if Turtles aren’t your thing! 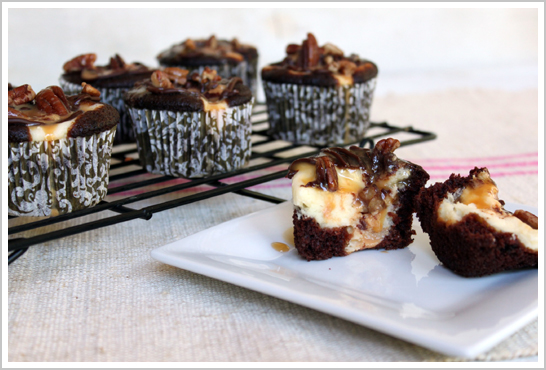 For the Turtle Topping: