Scooby Dooby Doo, where are you?  We need some help from you now… we have a mystery on our hands!  An awesome birthday adventure awaits Scooby-Doo and the gang of kids at this adorably creative party hosted by Summer Stone.  (You may remember Summer from the Fashion Fairytale Party we featured last August, and her Eggsactly Perfect baking article from last November).  Today, Summer is back to inspire us once again with another incredible party and cake!  From the hand painted backdrops to the sandwich cupcakes and adorable Scooby cake, this party is fan-tastic!  Not to mention the mystery of the missing birthday presents.  Zoinks!  Check out this rad Scooby-Doo Birthday Party! 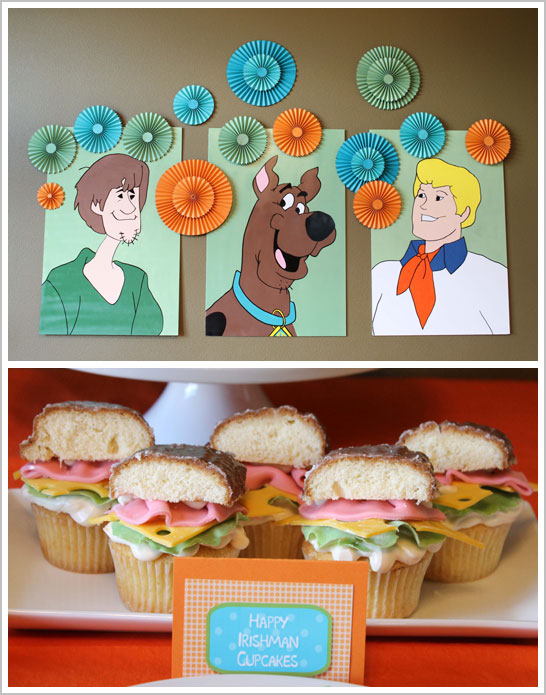 Incredibly fun, right?  Summer not only made these sandwich cupcakes and a majority of the other desserts, but she painted these canvases herself!   And wait until you see the cake… 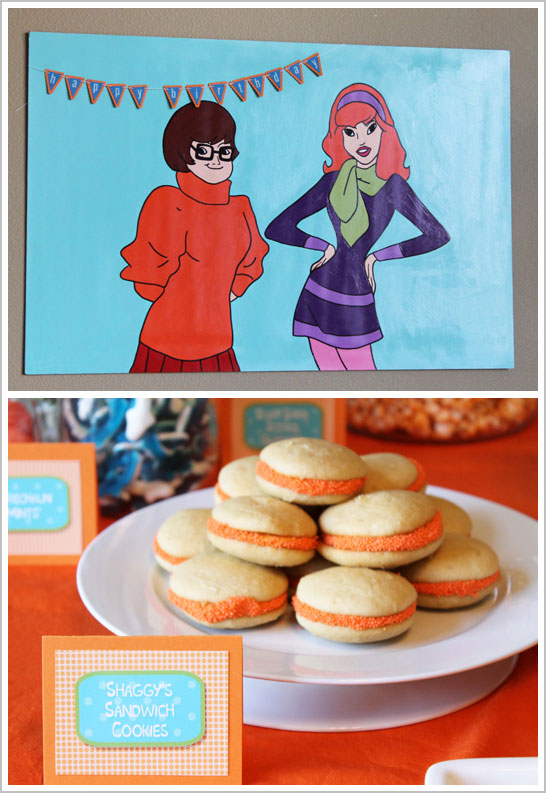 A Scooby-Doo inspired cake that is sleek, modern and perfectly executed!  That’s the best kind of character cake in my book! 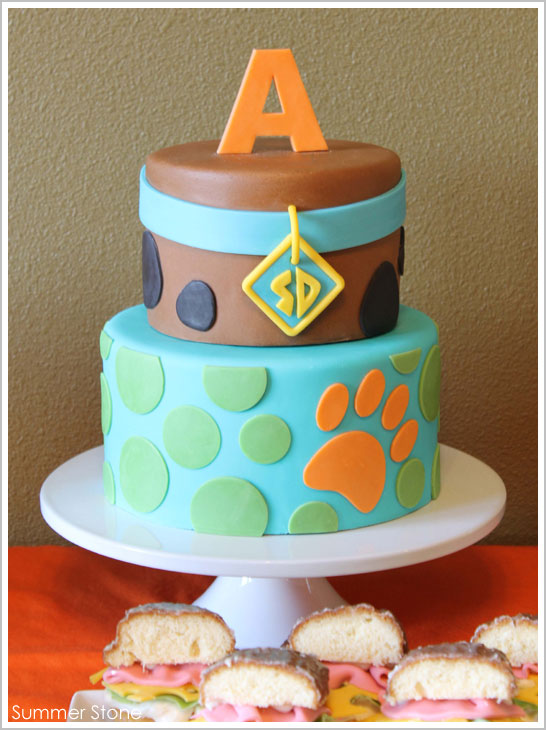 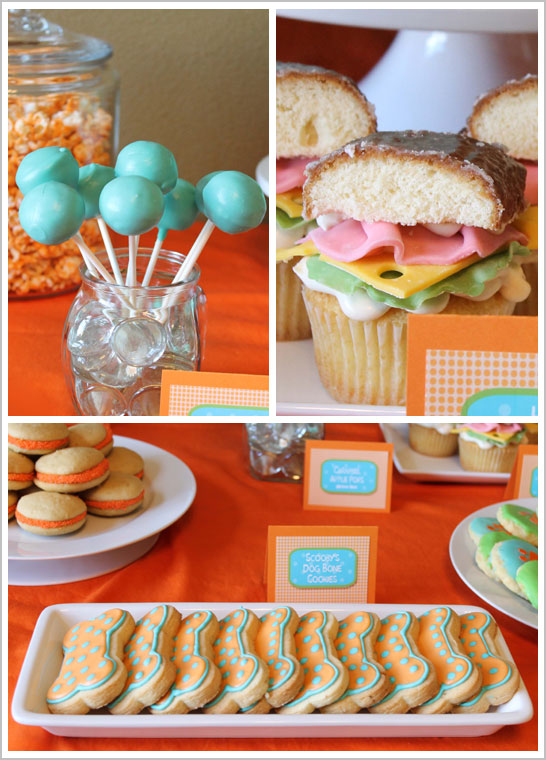 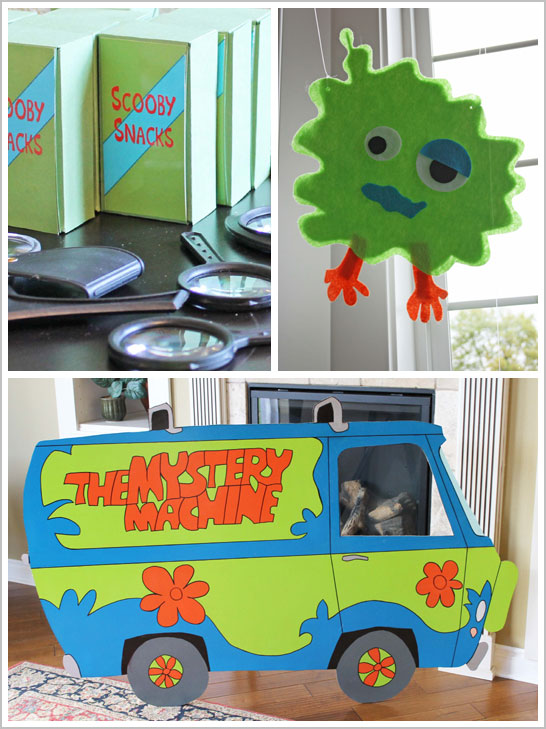 Summer shares the party scoop with us:

“This party was loads of fun. When the kids came in they were informed that they were in training to become part of Mystery Inc.. They started by creating monsters out of sticker sets to familiarize themselves with the types of villains they may be dealing with. We then had a lunch of sub sandwiches, chips and fruits (just like Scooby and Shaggy would like). In the mean time, my daughter hid all of the presents the guests had brought and we announced we had a mystery on our hands and they needed to help solve it. We then had a shooting gallery made of felt monsters that the kids shot with Nerf guns armed with Velcro ended darts. When each guest shot three monsters they then received a Mystery Inc. t-shirt which my mother and I had made. After that the boys and girls were divided up to look for clues hidden throughout the house with their magnifying glasses. For this, they were given Scooby Snacks. Once all the clues were found, my mom read them to the guests so that they could piece together the mystery.

Next, the cake was cut. We also served sugar cookies, whoopie pies, sub sandwich cupcakes, candy, candied popcorn and caramel apple pops. The caramel apple pops were made of one green apple Laffy Taffy and two Kraft caramels smashed together and then rolled into a ball and then dipped in candy melts as you would a cake pop.

After cake, we set a trap for the villain in the form of a large present placed in the living room. When our villain, my 7-year old daughter dressed as a leprechaun, came out we threw a sheet on her and removed her mask to unlock the mystery of the stolen presents. She revealed where the presents were hidden and Asher opened the gifts. Before they left, the kids had their picture taken in/behind the Mystery Machine my husband cut out and painted

The guests went home with Scooby Doo hand soap, Scooby gummies, crayons and a little Scooby and the Gang coloring book as well as their t-shirts and a magnifying glass.

I made the cake and the sweets except for the cookies which my mom baked and my step-daughter and I decorated. I painted the posters of the Gang and my husband made the Mystery Machine. My mother-in-law, my mom and I made the felt monsters. And finally, my dear friend Jessica Harris photographed the party for me.”