Classic cake making methods suggest that the first step in making a butter cake involves creaming together butter and sugar.  Traditionally this was done with a wooden spoon and brute strength and required the baker to endure arduous sessions of beating.  With today’s electric mixers, I wanted take a look at how much mixing was enough to achieve sufficient creaming and what would happen if you creamed too far. 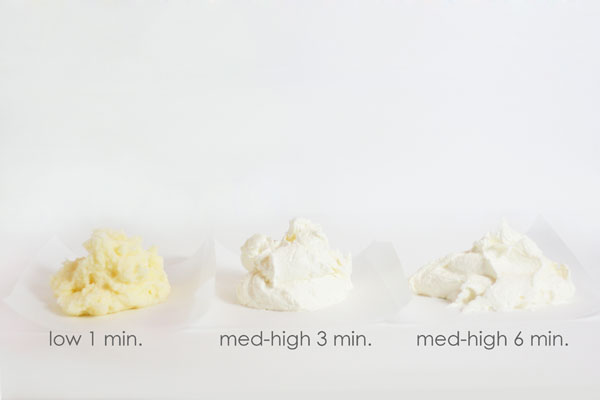 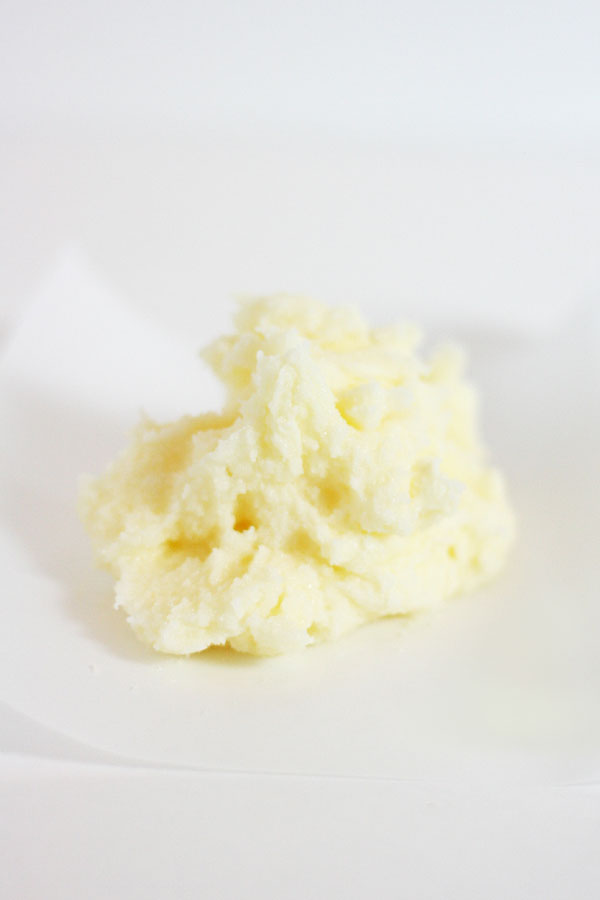 The low-mixed combo was still very yellow in color and the sugar granules were easily detectable in this just-combined mixture. 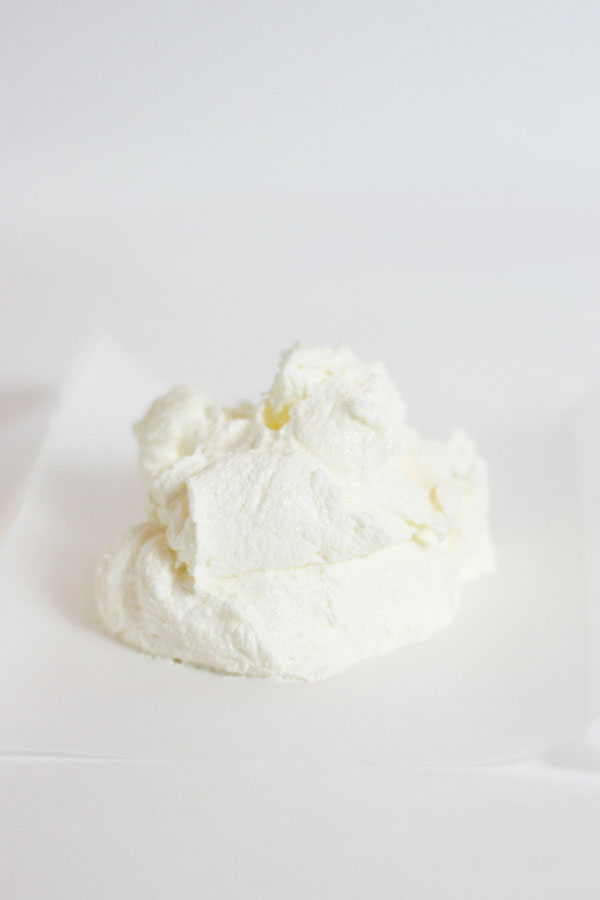 The butter mixture that was mixed for 3 minutes on medium-high was much lighter in color, less dense and the sugar granules appeared smaller or less noticeable. 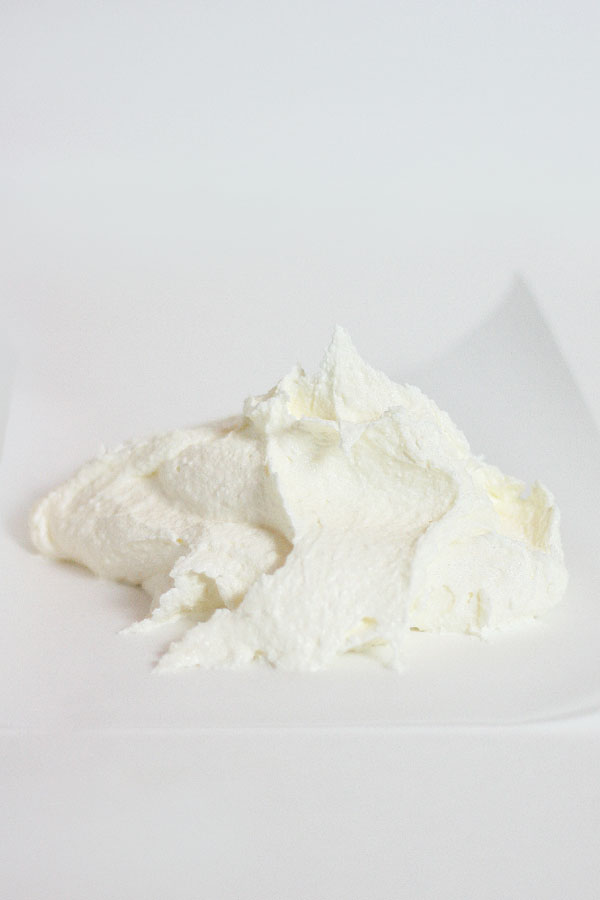 The combination mixed for 6 minutes on medium-high was a bit denser than the 3 minute mixing and the mixture was softer and smoother than the others.

To examine why these differences occur let’s take a look at what happens in the creaming process. 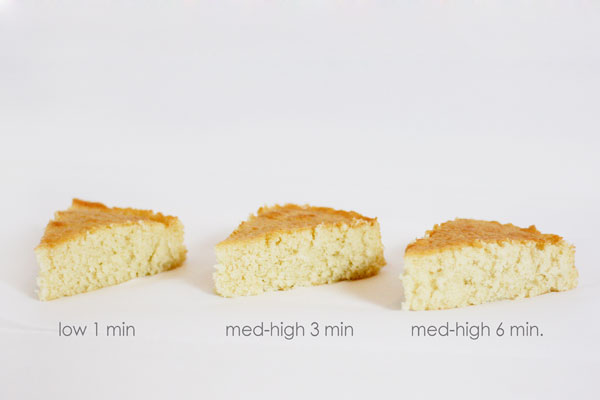 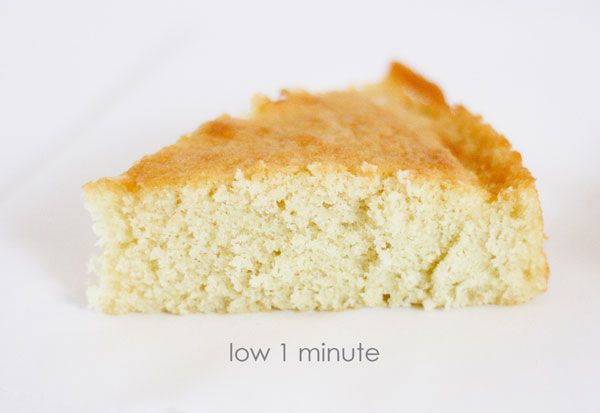 The one-minute cake had a slightly more coarse texture than the other two cakes and baked slightly domed. 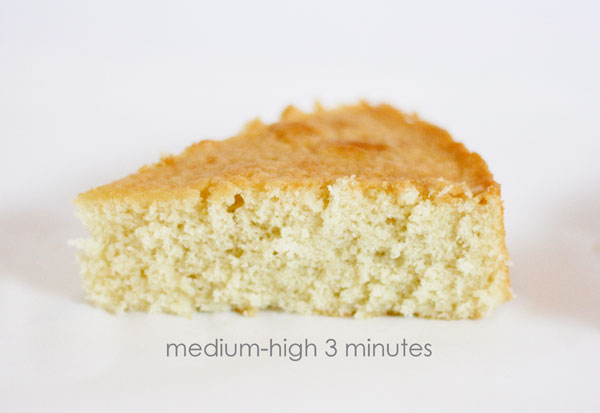 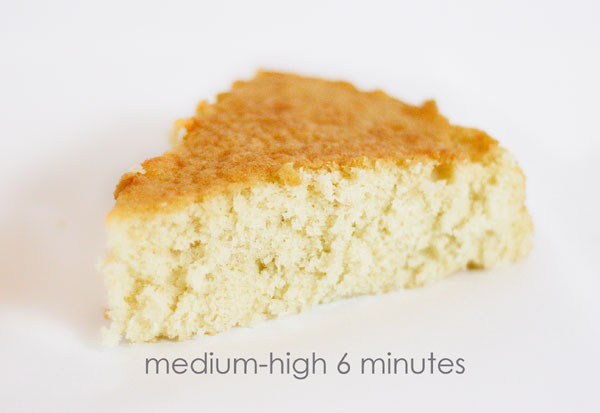 The six-minute cake was slightly coarser and just a bit cottony when compared to the three minute cake.

So, it appears that you can under or over cream you butter and sugar if you are not careful.  If you under mix, the sugar granules stay coarse and not enough fine air particles are incorporated into the cake batter to make it light and fluffy.  When the sugar and butter are properly creamed the mixture becomes lighter and less dense. These fine air particles expand and gently leaven the cake.  The “softened” sugar also distributes better throughout the batter for a more tender cake.  When the butter and sugar are over mixed the butter becomes excessively soft and the less capable of holding air pockets.  The sugar also starts to dissolve making the mixture more liquid and less able to hold onto fine air cells.  The resultant cake becomes coarser as the larger and less numerous air pockets converge.

There you have it!  Our grandmothers may have had to beat their butter and sugar for upwards of 30 minutes but a mere 3 minutes in a modern day mixer is all you need for a lovely cake!