Our contributor, Erica OBrien, is back for the next post in our Trending series.  Join Erica as she goes from inspiration on Pinterest to cake concept and then the final cake design. 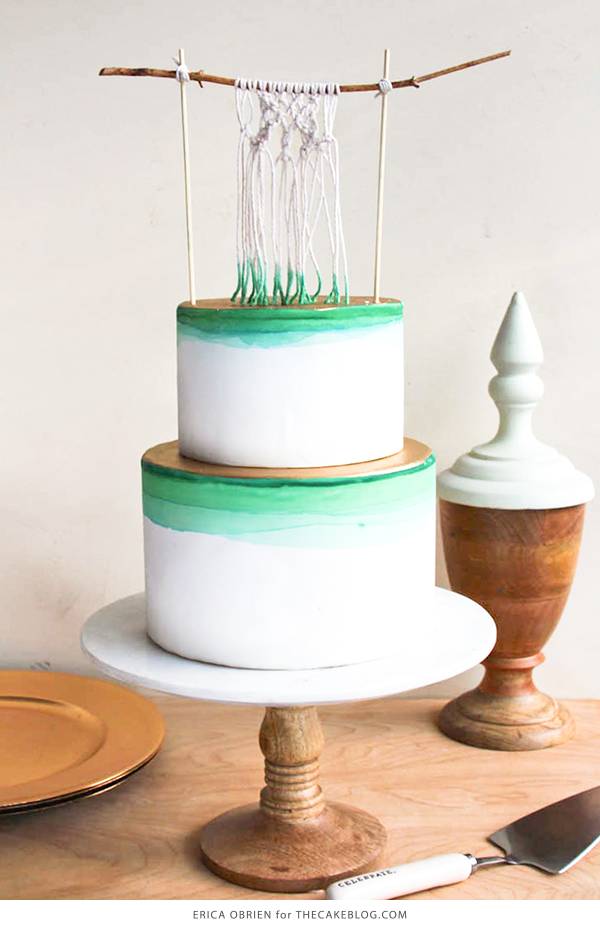 My childhood was, both literally and figuratively, quite crunchy.  In the 1970s, long before farm to table was a trend, my mom adopted a vacant lot in our Queens, New York, neighborhood and planted a thriving garden.  Her lifelong commitment to healthful living manifested itself in my school lunches, when she insisted on sprinkling wheat germ on my peanut butter sandwiches.  My objections to her attempt to increase the fiber in my diet met with her claims that the addition of the germ made the sandwich more “crunchy”.  I often wonder if she now looks back with regret about adding extra gluten to my diet.  My mom placed little emphasis on organized sports (way too competitive) and instead encouraged more creative pursuits like art and music.  So I developed a solid appreciation for all things crafty… and a deep aversion to wheat germ.

Many of the arts and crafts I loved as a child are now popular again, and make great inspiration for cake designs.  Macramé, the art of tying knots to create textiles, was very popular in the 1970s and is now trending once again.  I wanted to create a macramé cake that both embraced my bohemian roots but also appeared more modern. 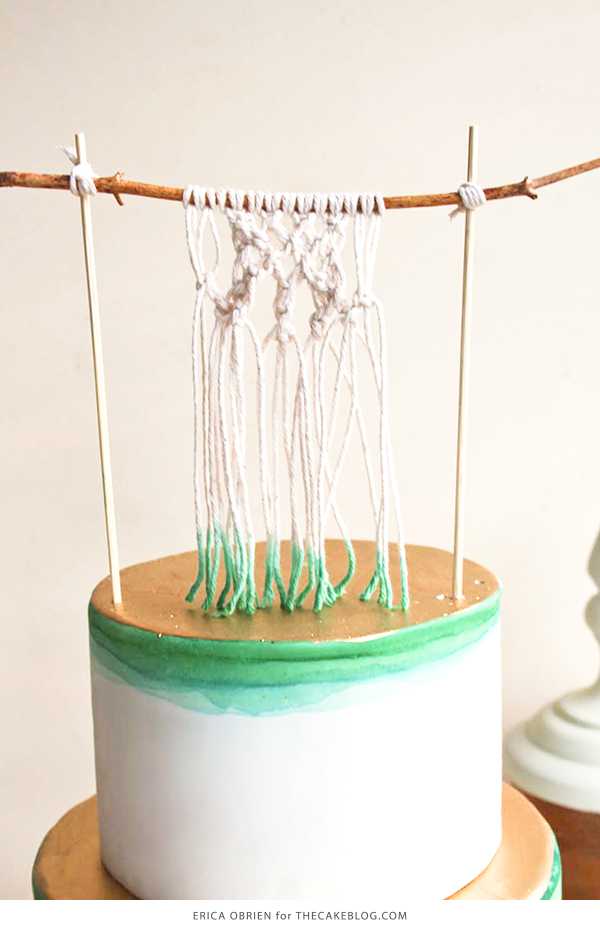 I considered making a macramé design out of modeling chocolate or fondant and placing it directly on the cake, but wanted to stay a little more true to the medium.  So, I created a macramé cake topper with the help of a tutorial I found online.  After finding the perfect twig and peeling the bark off, I used bakery twine (which I have plenty of) and made the hanging with a square knot and a reverse square knot.  I wanted to dip-dye the twine to make it a bit more contemporary, and actually used food color diluted with vodka.  Initially I thought the topper would work best on a white cake, but after affixing it to the top with skewers, I realized the cake needed some contrast.  I decided to echo the dip-dye design of the macramé on the cake, and then make it even more contemporary by pairing it with gold. 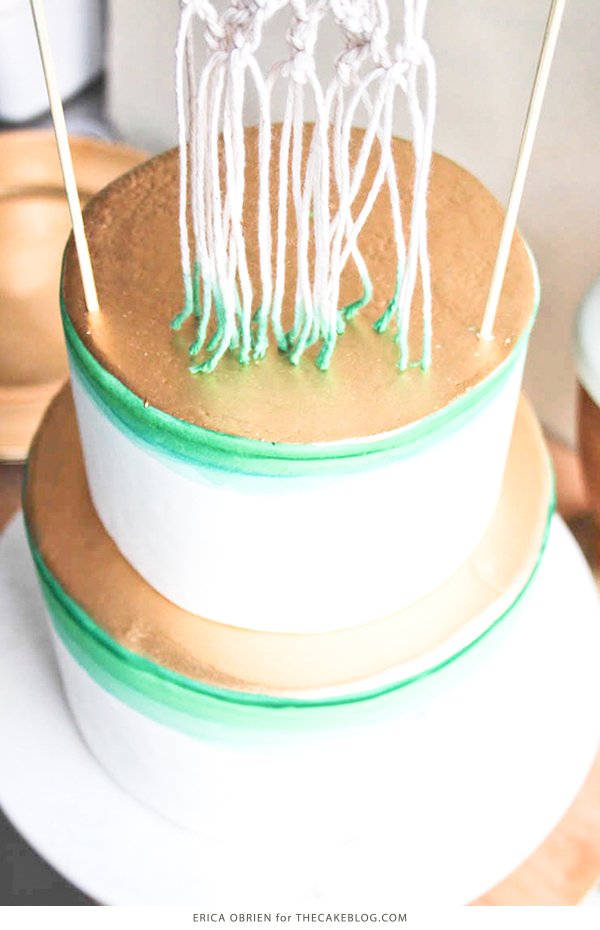 This cake is both a nod to my hippie roots – thanks Mom – and a celebration of modern cake design. 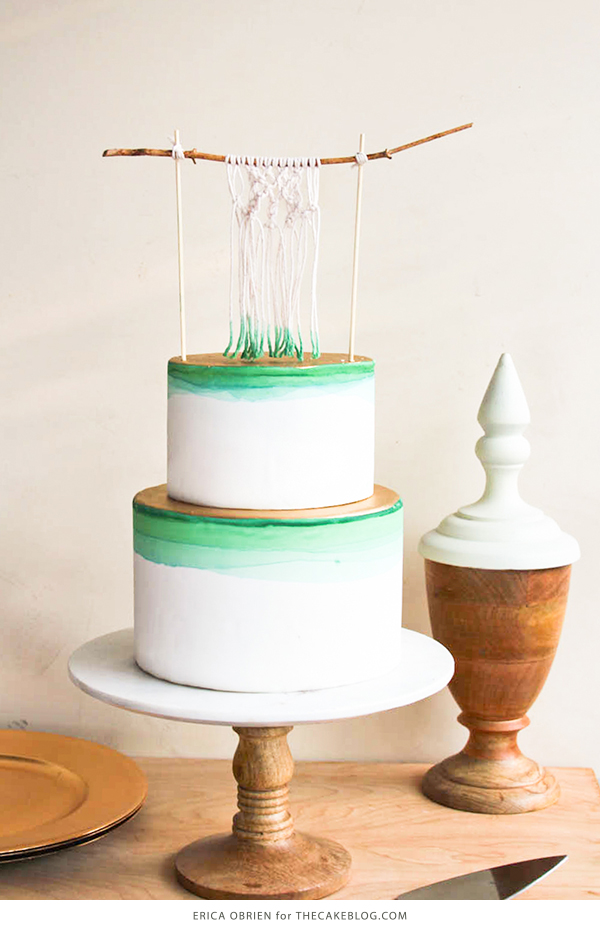 « Living The Sweet Life
Can You Overmix A Cake? »