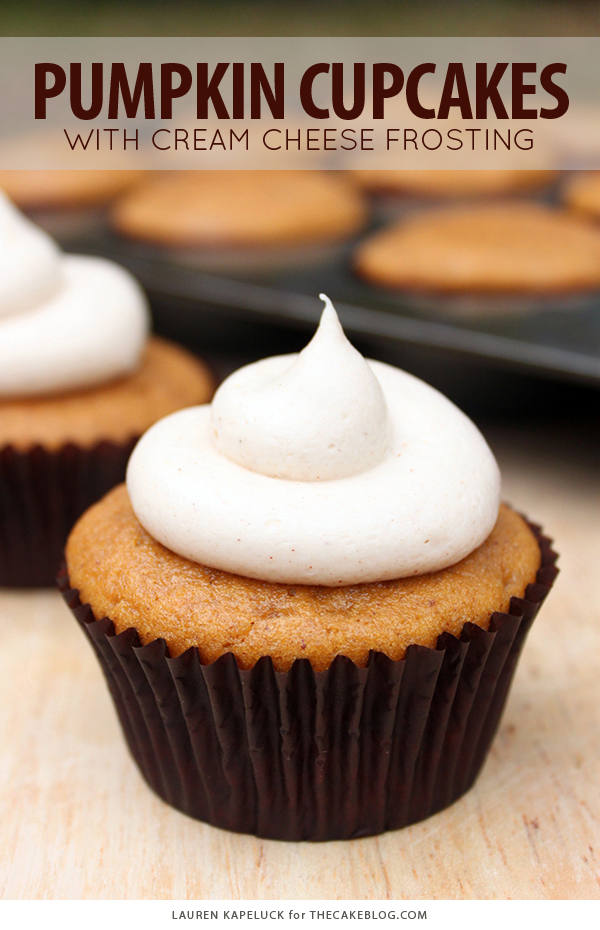 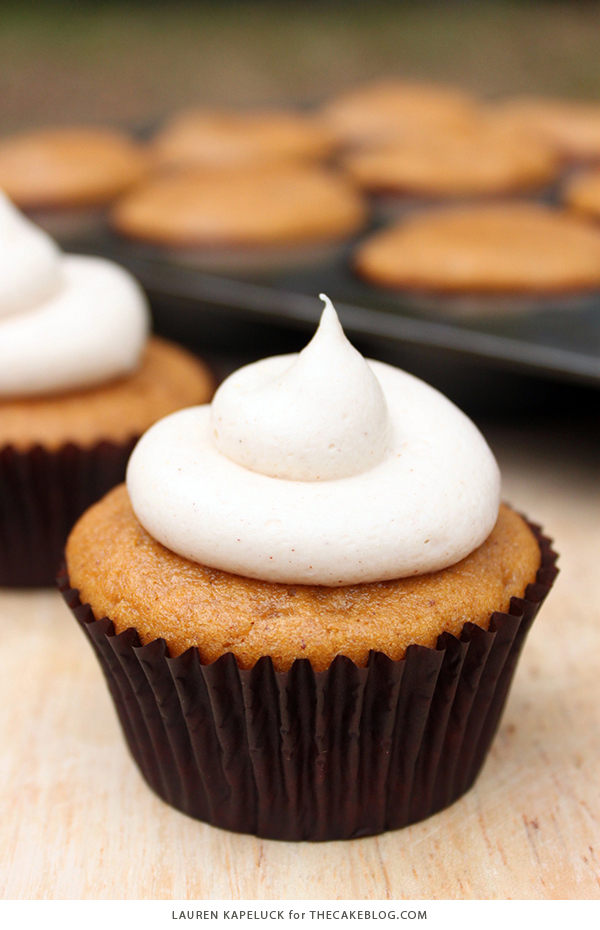 This holiday season, why not branch out from the standard pumpkin pie or pumpkin bread and mix up a batch of Pumpkin Cupcakes with Cinnamon Cream Cheese Frosting. During the fall my pantry is always stocked full of pumpkin as my go to ingredient.  I have about 12 cans of pumpkin on hand right now!  Pumpkin is such a great ingredient that can be used in a variety of dessert recipes, like a pumpkin spice cake or pumpkin tiramisu. But these pumpkin cupcakes are the best and by far a reader favorite! 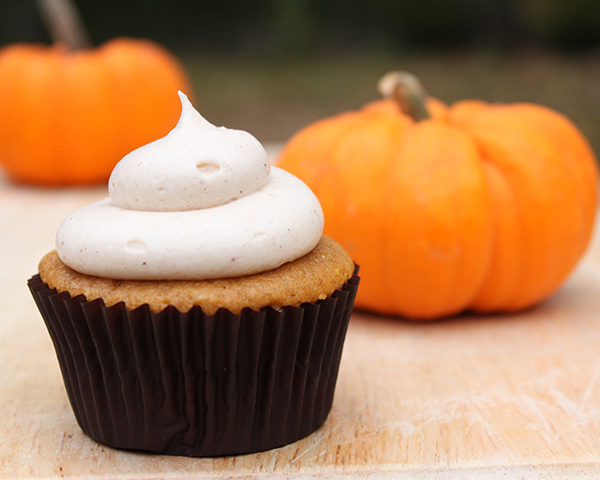 WHAT MAKES THESE PUMPKIN CUPCAKES SO GOOD?

These pumpkin cupcakes are smacked full of fall flavors featuring cinnamon, nutmeg and ginger.  The cupcakes are paired with a cinnamon cream cheese frosting which is the perfect compliment to the cinnamon flavor in the cakes. I guarantee you won’t just be eating one of these at a time. I love how you can see the specs of cinnamon throughout the icing, not to mention the taste is amazing! 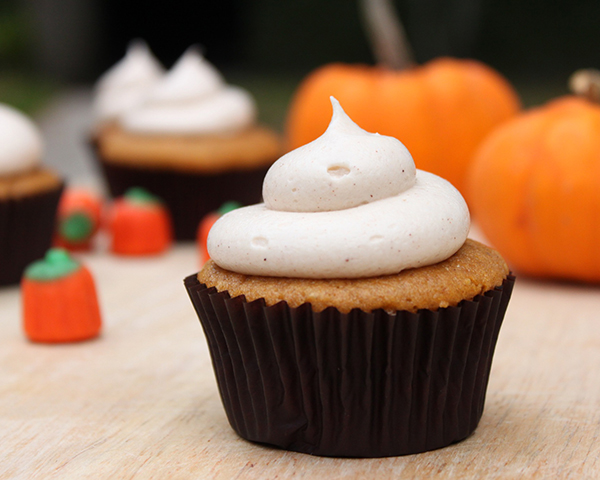 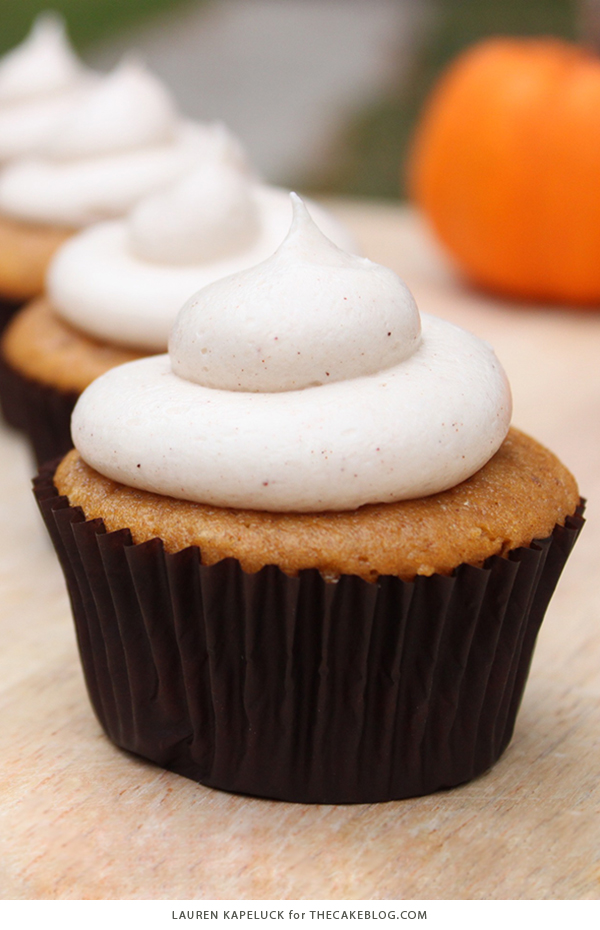 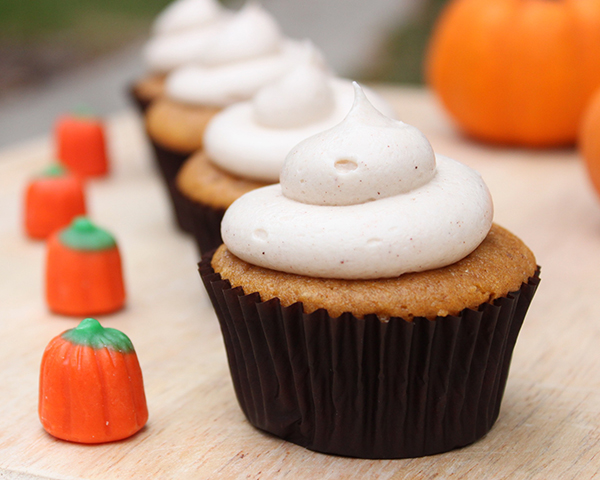 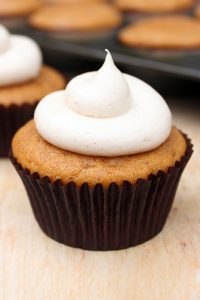 For the Pumpkin Cupcakes:

For the Cinnamon Cream Cheese Frosting: 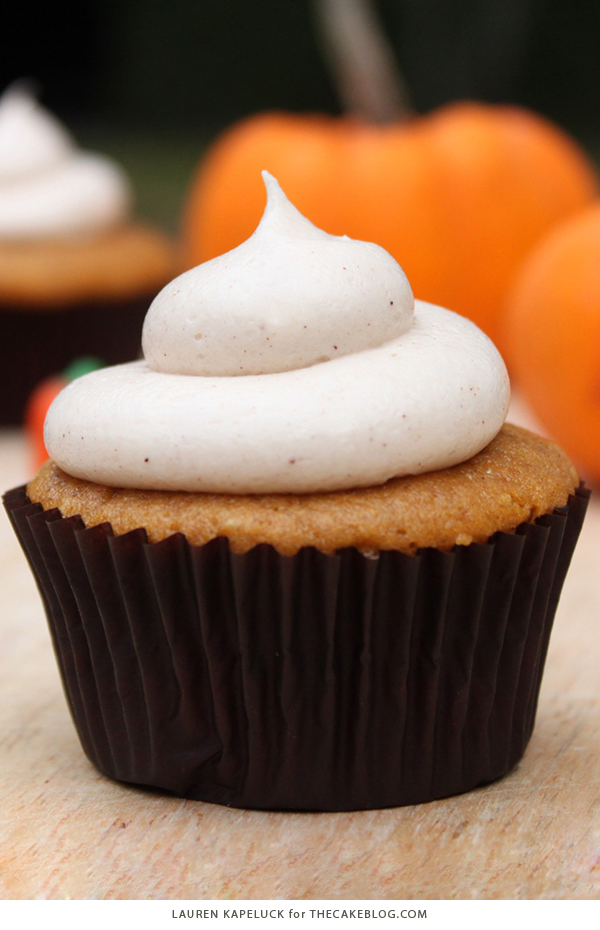