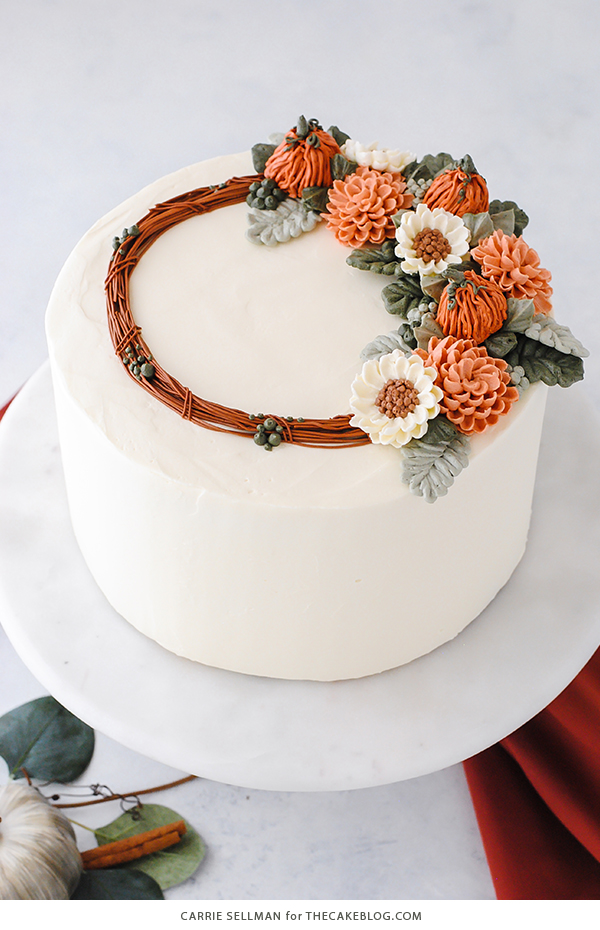 Believe it or not, I’m writing today’s post old school style — like before laptops and tablets, old school style. Perched outside, I’m soaking up the evening twilight and savoring the crisp autumn breeze. Off in the distance, the sounds of happy children on a playground and the metal pings of bats and balls at a nearby baseball field echo through the air. With pen and paper in hand, I’m breaking out of my ordinary routine to enjoy every moment of this season, because well, it’s simply my favorite. What is it about autumn that’s so enchanting? Besides the drop in temperature and golden hillsides of color, I think the anticipation of fall baking ranks high on my list. 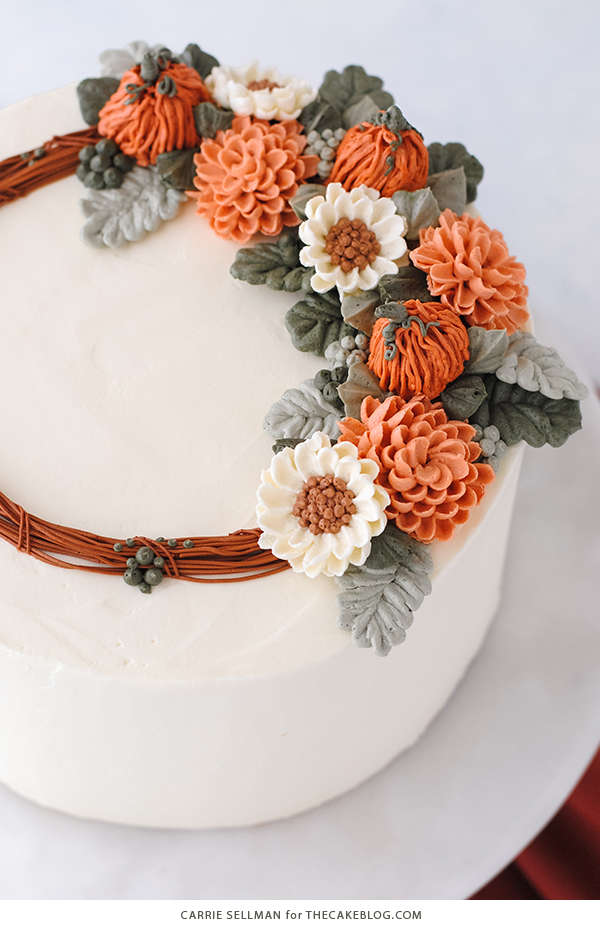 It only seemed fitting to break out of my normal routine for today’s post — as this recipe is far from ordinary. A classic fall pumpkin cake gets a premium upgrade with an exceptional seasonal milk. Promised Land Dairy Pumpkin Spice Milk is the richest, creamiest milk you can possibly imagine. Think delicious ice cream with buttery notes of pumpkin and a hint of spice, in liquid form. Because that’s seriously what it tastes like! While drinking it alone would easily satisfy all of your pumpkin cravings, my morning espresso has thoroughly enjoyed its new seasonal partner. Coming from a pampered herd of “Jersey Cows” who are known for producing a smaller quantity but higher quality milk with more calcium and protein (we’re big believers in quality over quantity), this pumpkin spice milk is a wholesome addition to pancakes, cookies, scones and even your morning cup of joe. And of course, I had to bake a cake with it!! 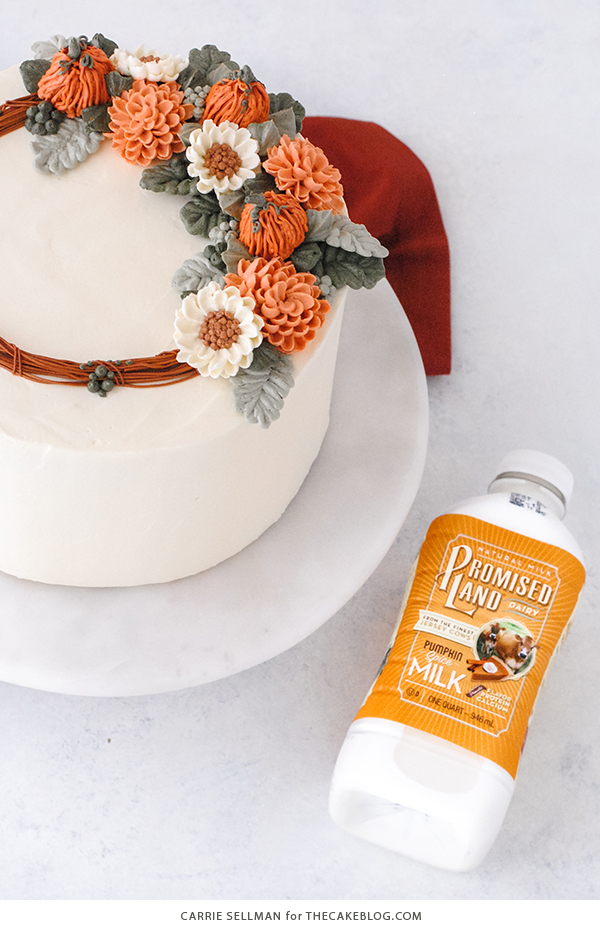 What makes this pumpkin spice cake so good?

That’s where today’s recipe comes in. A tender and moist butter cake gets a hefty dose of pure pumpkin puree, cinnamon, ginger and nutmeg. Only to have the flavors amped up another notch with this premium pumpkin spice milk. It’s everything you love about fall, in cake form. Topped with the dreamiest swiss meringue buttercream that’s silky and smooth with a splash of pumpkin spice milk added for good measure. I challenge you not to eat all the frosting by itself, it’s that good. The struggle is real people. The struggle is real. 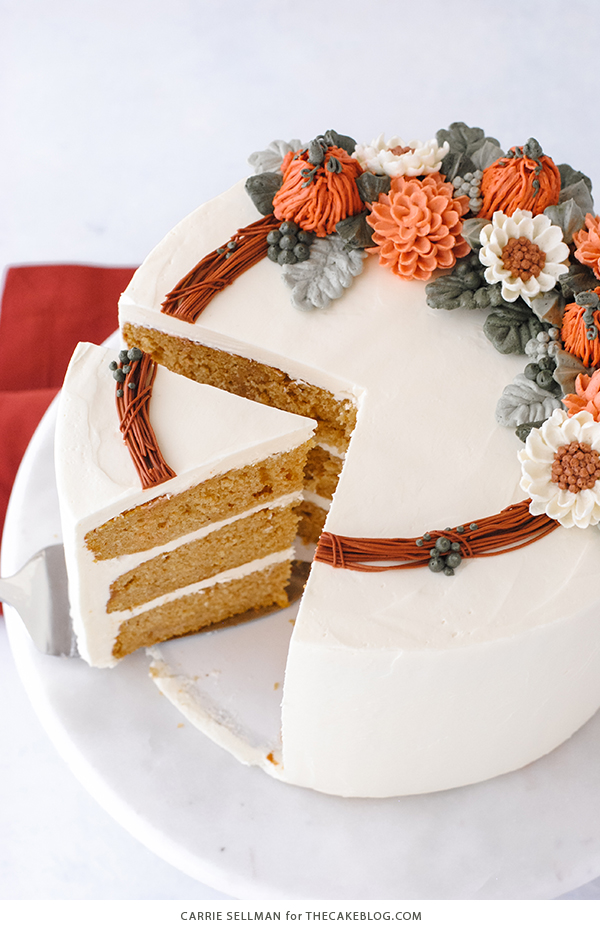 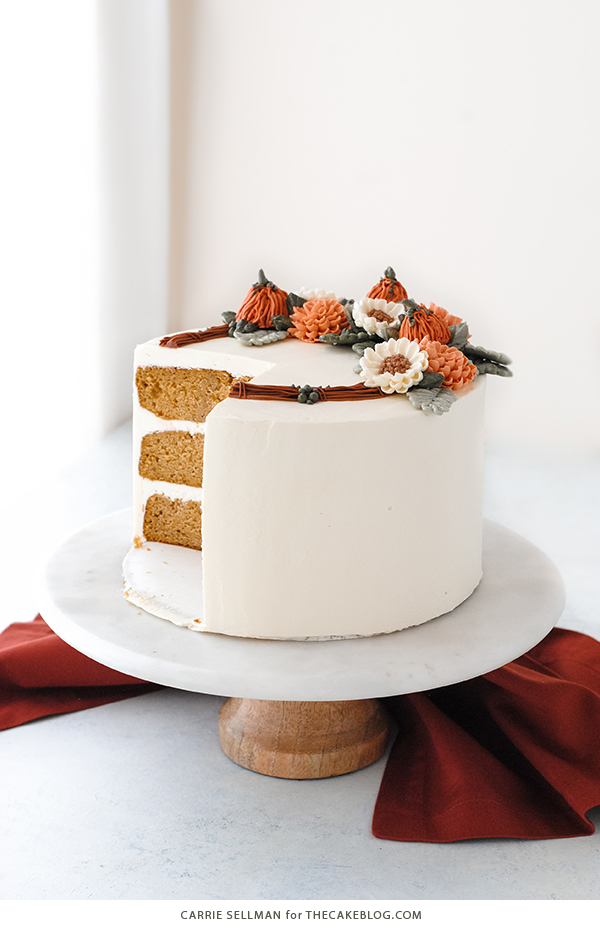 I’d be remiss if I didn’t mention the buttercream flowers on today’s cake. While I’m no expert at piping flowers, I wanted to spice things up a little, so the decoration equally matched the bold flavors of the cake inside. A viney wreath of buttercream creates a backdrop for chrysanthemums, white daisies, an abundance of greenery and a handful of buttercream pumpkins. The colors say farmhouse fall and the aroma says EAT ME NOW! Okay, okay, if you insist! 😉 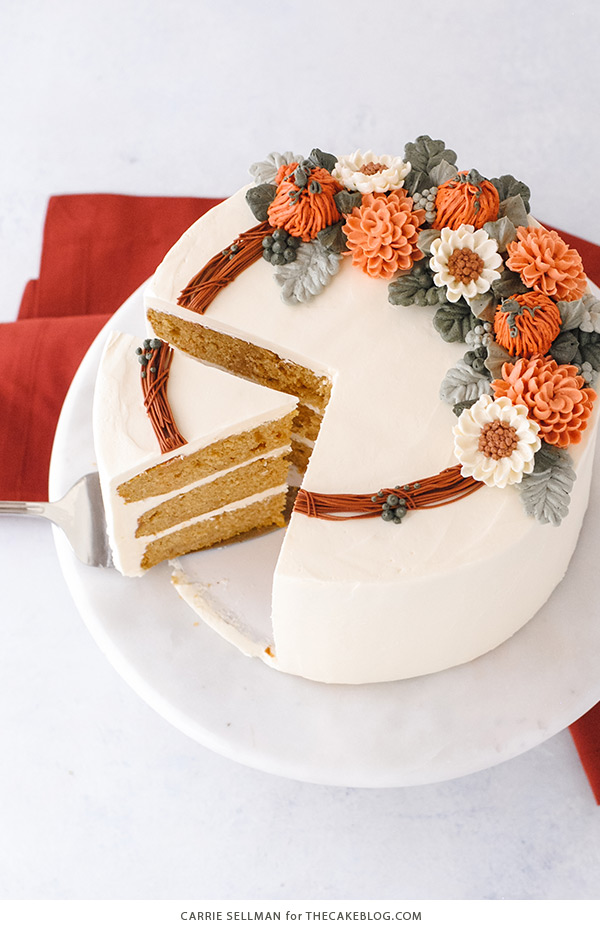 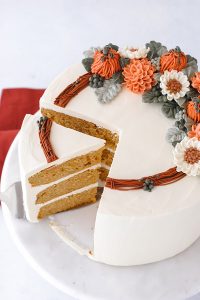 For the Pumpkin Spice Cake:

For the Pumpkin Spice Buttercream: 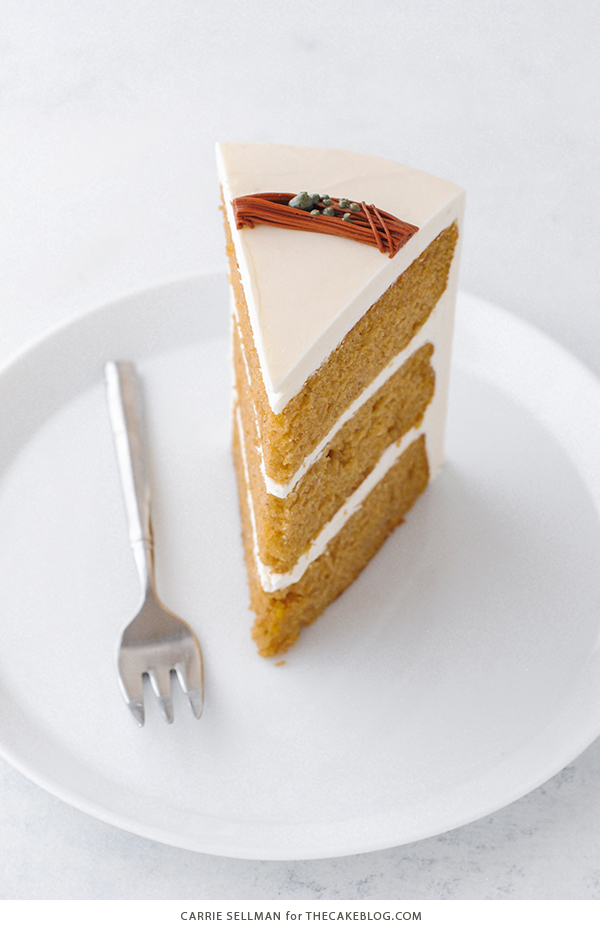 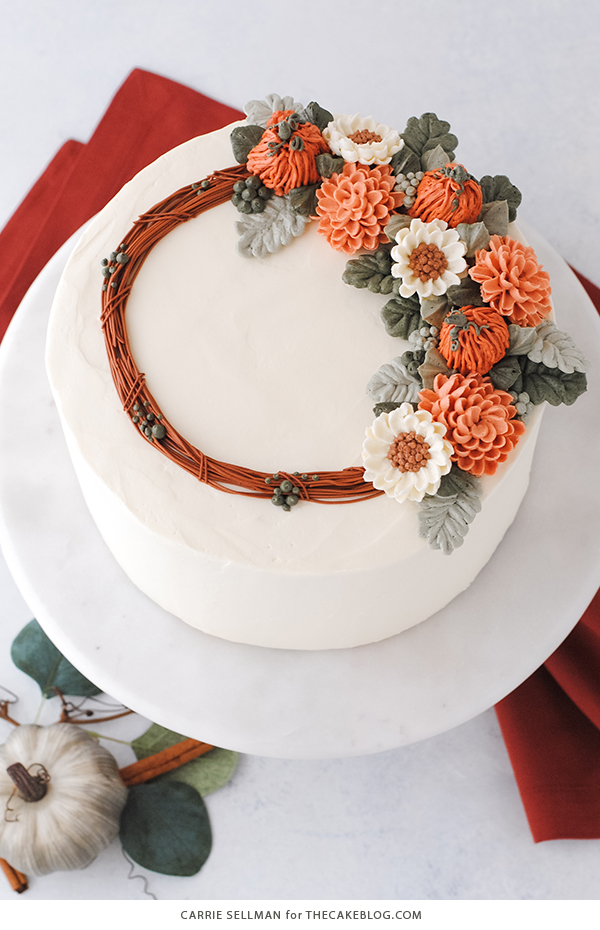 This is a sponsored post written by me on behalf of Promised Land Dairy.
Thank you for supporting the sponsors who keep us going!