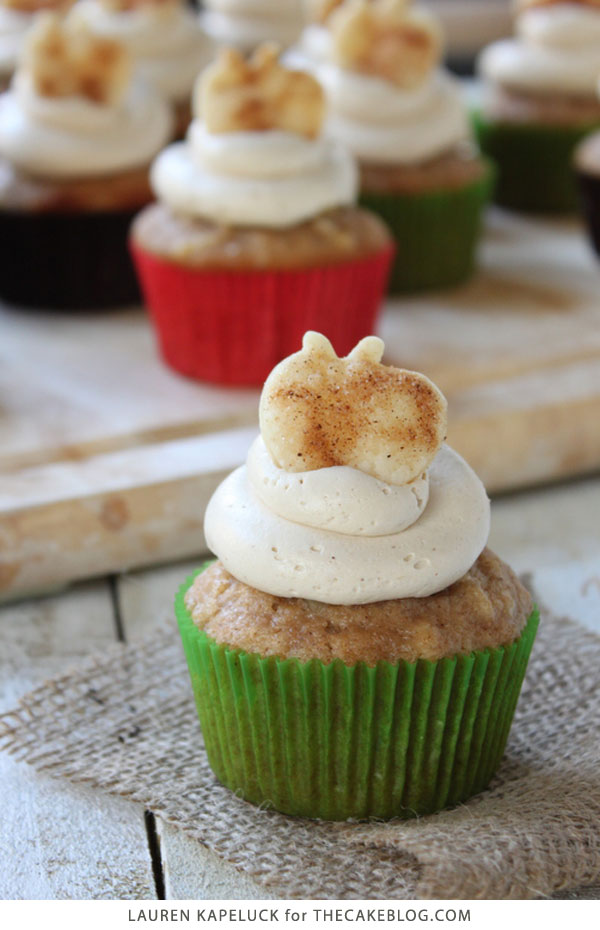 One of my absolute favorite things about fall is eating pies!  Apple, pumpkin, pecan, you name it and I will gobble it right up!  So when Carrie mentioned she wanted me to create an apple themed cupcake recipe for November, I immediately thought of apple pie!  I am an apple pie lover, especially in the fall.  So immediately my mind started going in a million directions about how I would create the perfect apple pie cupcake to share with all of you.  I came up with something that I hope you all are going to love and that truly tastes like a bite of apple pie!  So here are the details on my new Apple Pie Cupcakes with Brown Sugar Cinnamon Buttercream! 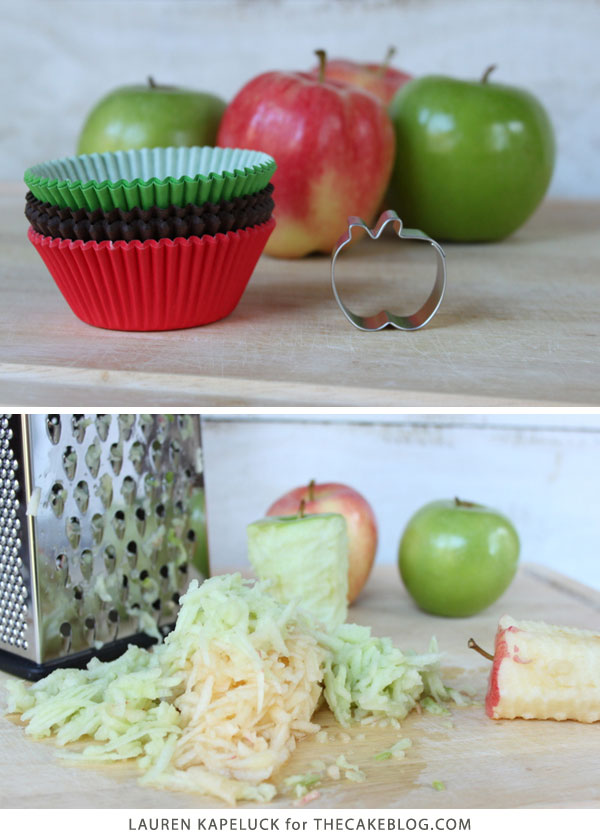 The two key ingredients in these cupcakes are apples of course, and the brown sugar cinnamon flavor that you will taste throughout in every layer from the cake, filling and buttercream.  I combined my two favorite types of apples granny smith and gala to create both a sour and sweet pairing in the cake.  This batter is super simple to make, using only a whisk to combine all the ingredients with the end result being a super moist and fluffy cake packed full of cinnamon and grated apples to give the cupcake a nice texture.

For all you apple pie lovers, not only are there apples in the cake, but there is an apple pie filling in the middle!  The hidden pocket of apples is a nice surprise when you take a bite and what truly makes these cupcakes seem like a mini apple pie!  To round out the cupcakes I thought a nice swiss meringue buttercream would be the perfect choice since it is light an fluffy and almost resembles the texture of a whipped cream.  I used a standard recipe and just swapped out the granulated sugar for brown sugar and added a pinch of cinnamon to carry on the flavors from the cake and filling.

To finish off the final look, I used a refrigerated pie crust to create mini apple toppers sprinkled with cinnamon and sugar!  This is such a quick, easy and simple way to add some extra fall cuteness to these cupcakes!  Afterall, you can’t have an apple pie cupcake without some crust, right?  The crust is my absolute favorite part of any pie, and when I was little my mom would actually make my sister and I cinnamon sugar pie crusts for desserts.  Rolling out a refrigerated crust she would sprinkle the entire thing in cinnamon and sugar, bake for a few minutes and then slice it like a pizza and we would devour it in no time! 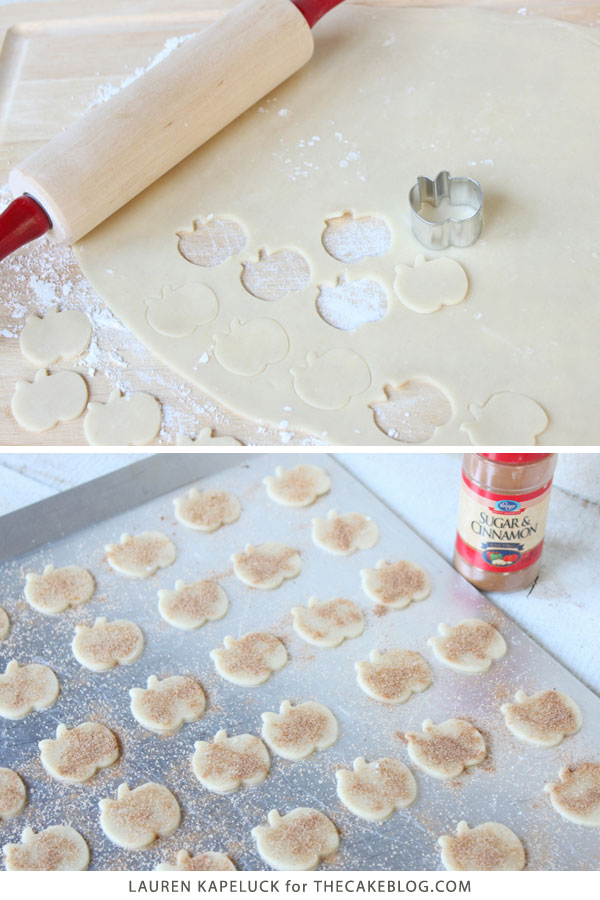 If you are looking for a dessert for your Thanksgiving feast this is a great recipe to consider. The cupcakes can seriously be whipped up and in the oven in a matter of minutes. Make them a day ahead of time and store in an airtight container until ready to core, fill and frost and they will be delicious. If the coring and filling of the cupcakes seems like too much extra work, just leave it out, these cupcakes will still taste like apple pie since there is already apple in the main batter. Not a fan of granny smith and gala apples, simply use you preferred apples and they will still be just as good! 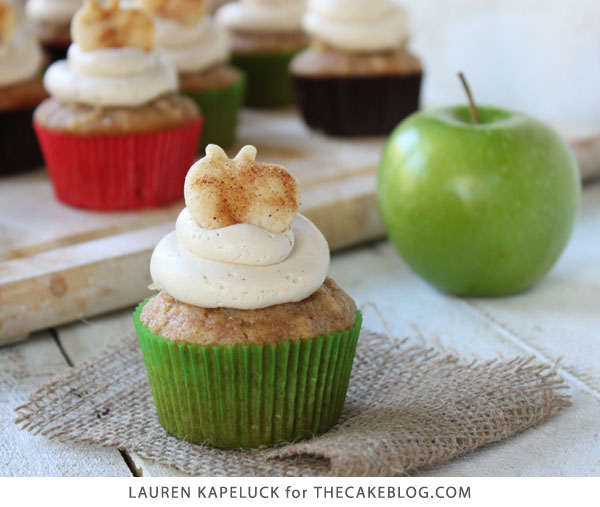 NOTE: The buttercream may look like curdled or runny after adding the butter.  Keep mixing until it is completely smooth.