Our contributor, Lauren Kapeluck of EllenJay Events, is back with a delicious new recipe….

Do you often find your self drooling over sweets that others have pinned on Pinterest hoping that some day you will get the energy or time to make them.  Then that day finally comes, and well, the outcome does not appear nearly as perfect as it did in the photos you were drooling over?  This has happened to me a time or two specifically when it comes to cinnamon rolls!  They are my weakness and one of my all time favorite sweet indulgences.  However, I have yet to figure out how to make that perfect dough and roll them just tight enough to ensure the absolute perfect cut when sliced to bake.  Mine never end up looking as good as the recipe I have followed.  So I figured, why not take those same flavors that I love so much in a traditional cinnamon roll and come up with a cupcake version instead.  So if you are cinnamon roll challenged like me, then I encourage you to try this Cinnamon Roll Cupcake recipe. 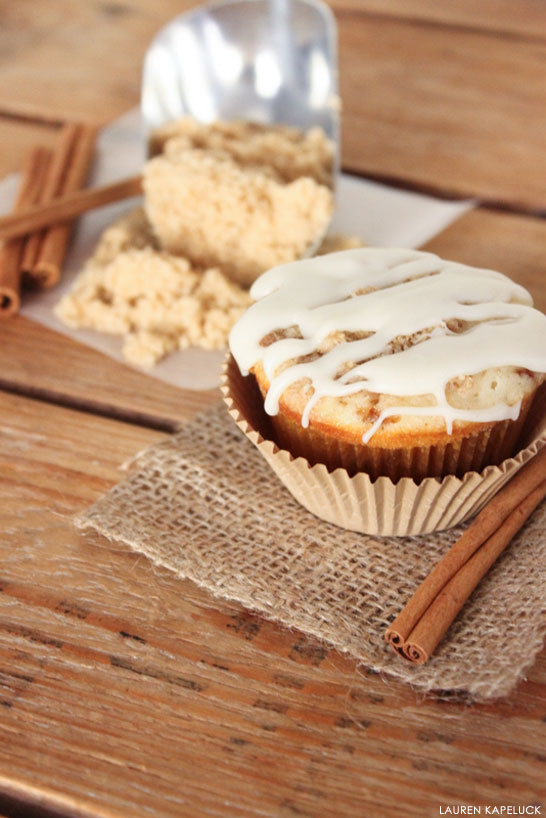 These cupcakes are packed full of cinnamon and brown sugar, with two layers of cinnamon-swirl inside and topped with a generous helping of streusel. The aroma as they bake is phenomenal and your entire kitchen will be filled with the scent of cinnamon.  After they cool for just a few minutes they of course need a little drizzle of a vanilla glaze icing on top, because you simply cannot eat a cinnamon roll unless it is slathered in this sugary goodness.  There is no denying that these are indeed a cinnamon roll in cupcake form. 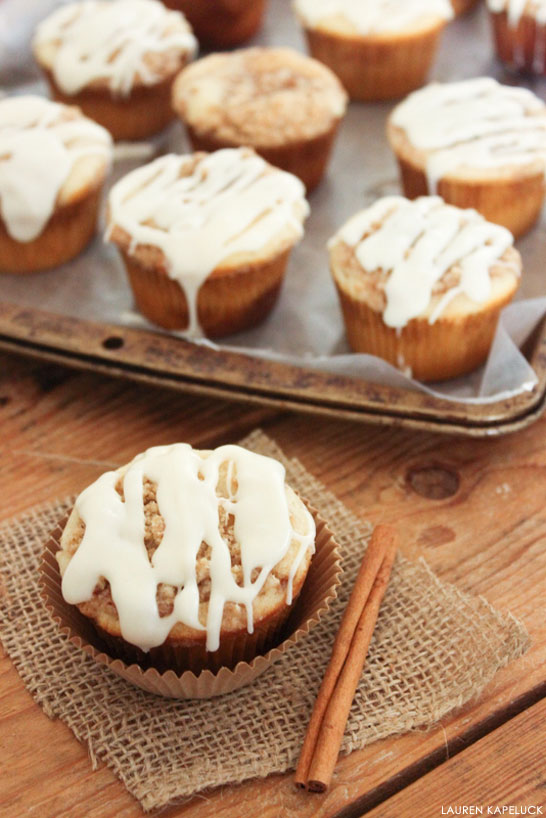 These cupcakes are so easy to whip together, in less than half the time of an actual batch of cinnamon rolls and there is no waiting around for the dough to rise. Go ahead and get yourself a cold glass of milk ready to go while these are in the oven because as soon as that timer goes off you are going to want to eat one of these babies immediately.

For the Cinnamon Sugar Swirl:

Combine the melted butter, sugar, brown sugar and cinnamon in a bowl.  Stir until combined.  Set aside.

For the Cupcake Batter:

For the Streusel Topping: 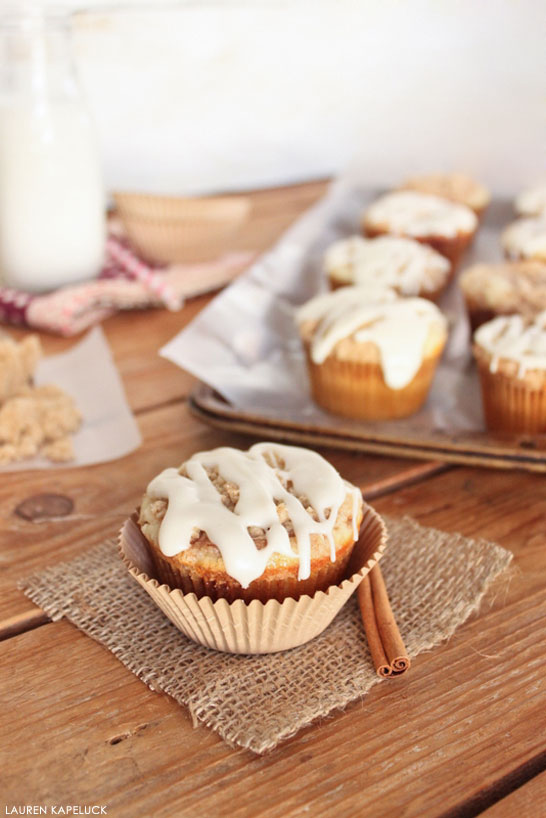 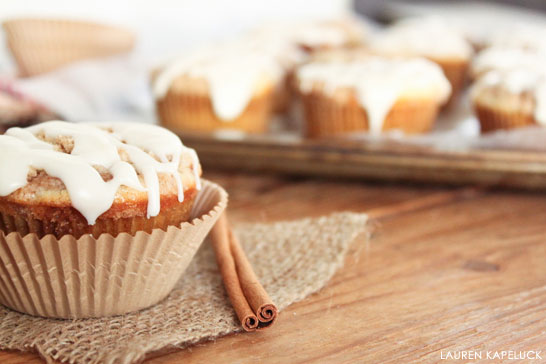 « Easter Basket Cake
How To Build a Cake Like a Pro »