For these two cakes, my goal was simple: reinterpret Halloween in black and white.   I wanted each cake to be symbolic of Halloween without being too literal.  I love the sophisticated black and white Halloween decor that seems to reject the conventional Halloween palette of orange and black or orange and purple. 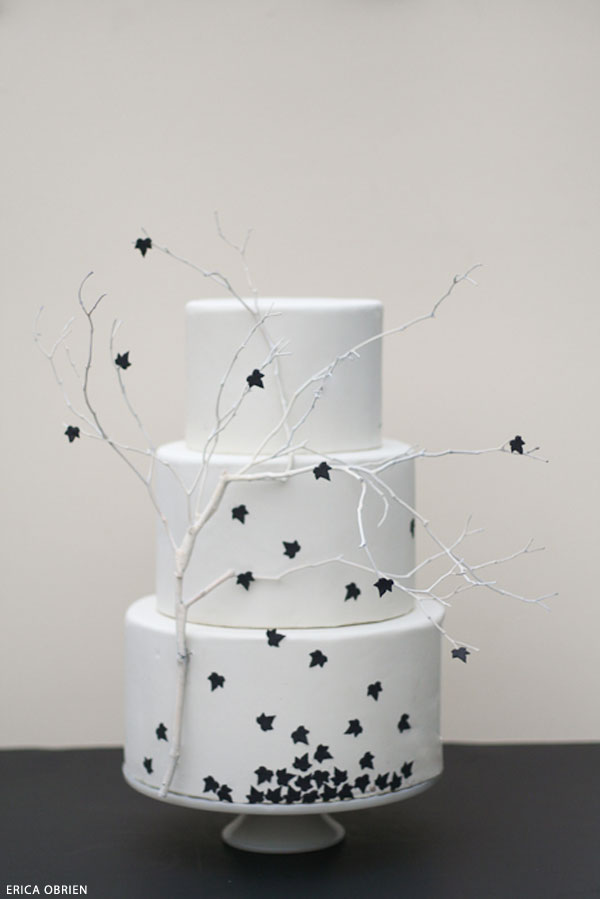 For the first cake, the more formal of the two, I colored branches with ivory petal dust to match the ivory fondant for a contemporary, monochromatic look.  Rather than add vibrant fall tones, we kept the leaves all black, but embraced the traditional fall motif of falling leaves.  To give the cake added dimension, we attached some of the leaves to the branches coming off the cake. 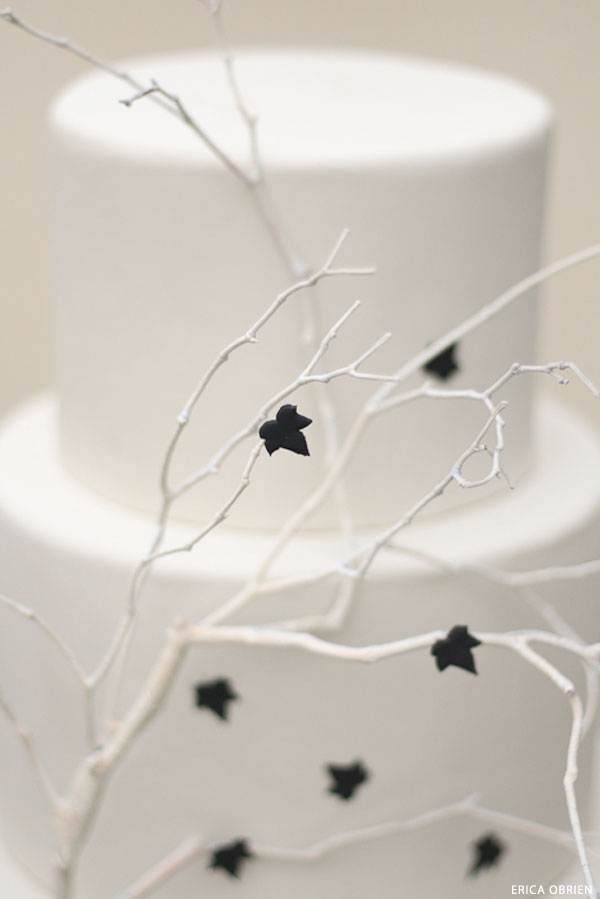 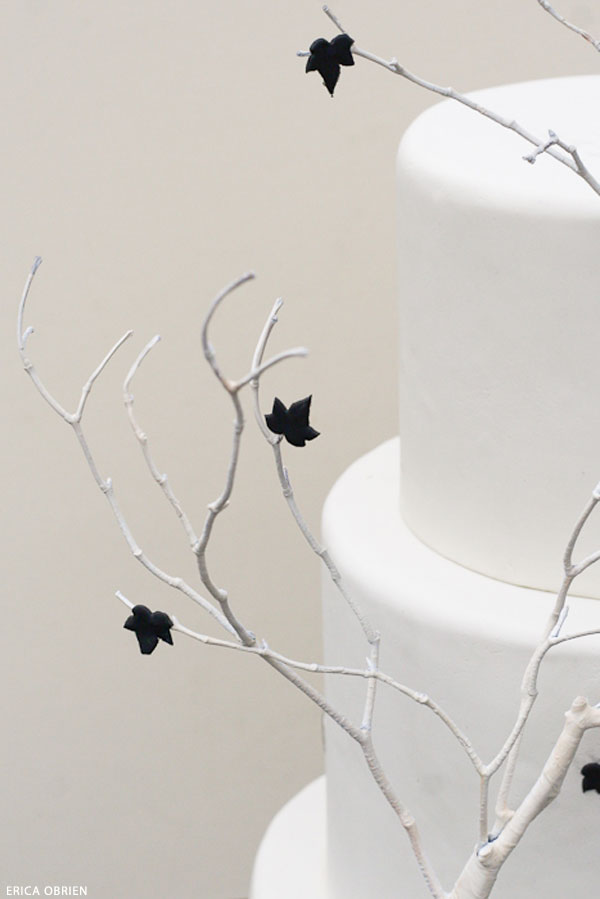 The most challenging part was the base of the cake, where I wanted the leaves to appear as if they’d drifted down and landed in a pile.  Because all the leaves were black, layering them on top of each other made them lose their shape and look bulky.  I had to play with the arrangement until they appeared heavier at the bottom without actually laying on top of each other.  Although it’s not obvious at first glance, the top tier actually has no leaves on it, only on the branches. 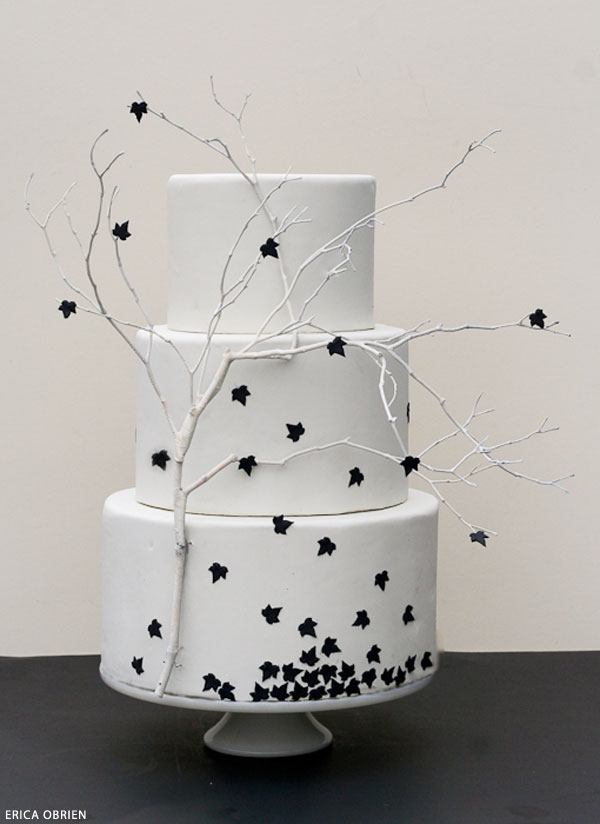 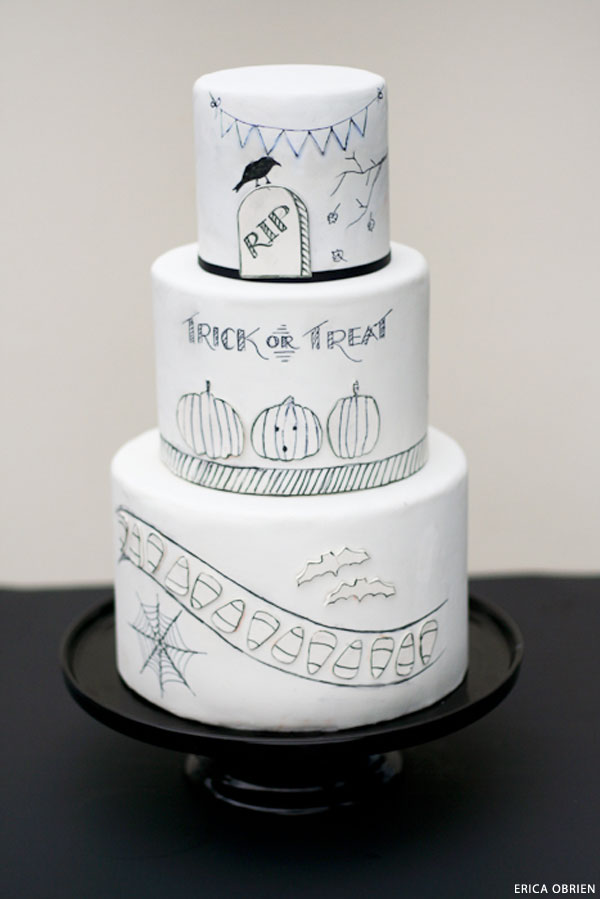 I was particularly intrigued by the thought of recreating design elements that are traditionally three-dimensional (such as bunting or pumpkins) in a 1-D, ink-on-paper format.  In keeping with the hand-drawn inspiration, this cake was done entirely with edible black marker and fondant. 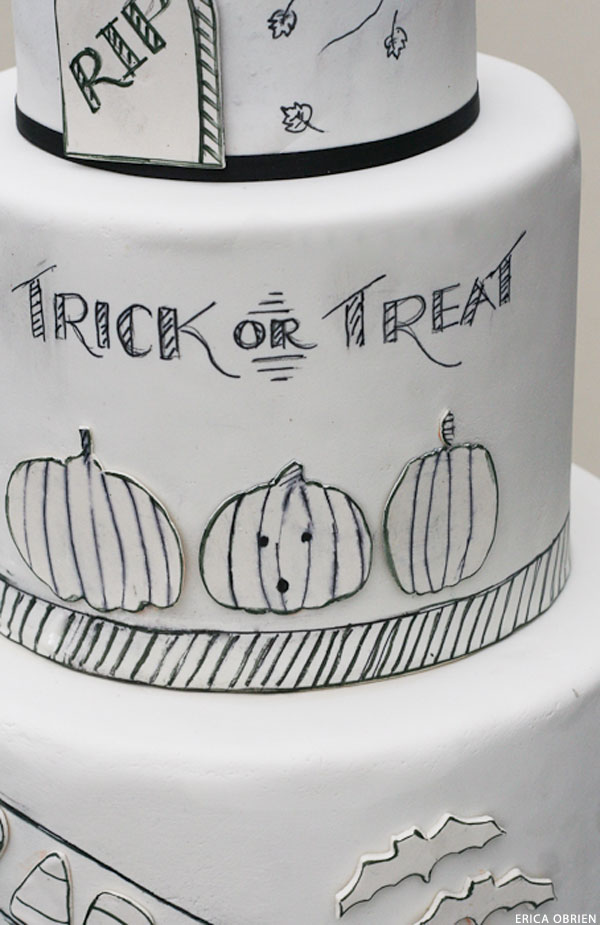 Some of the elements were cut and outlined while others were drawn directly on the cake. 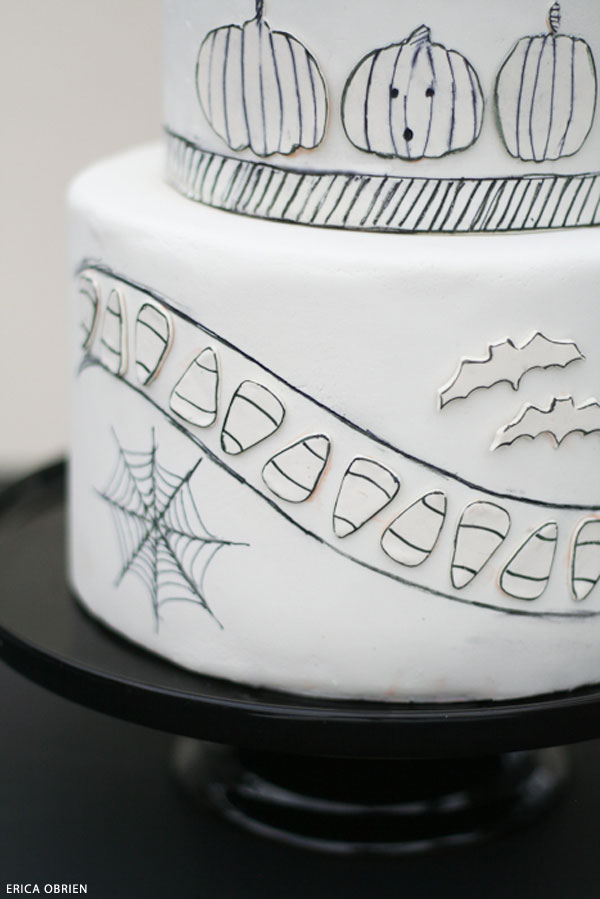 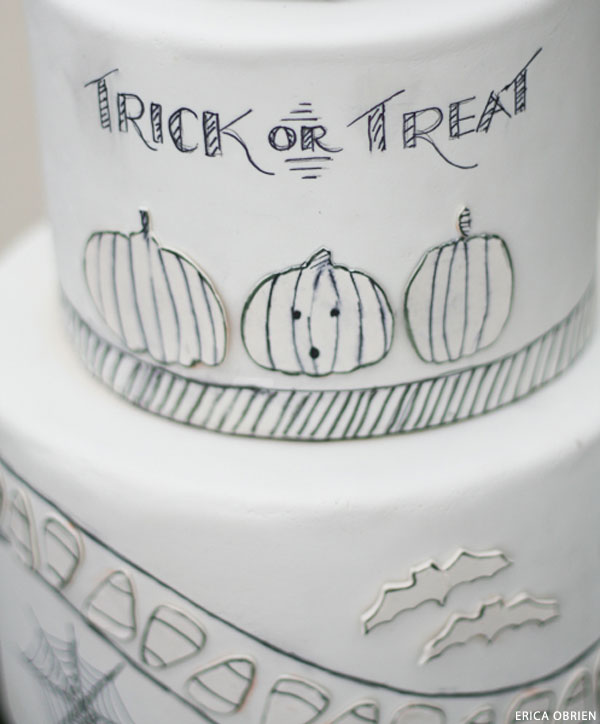 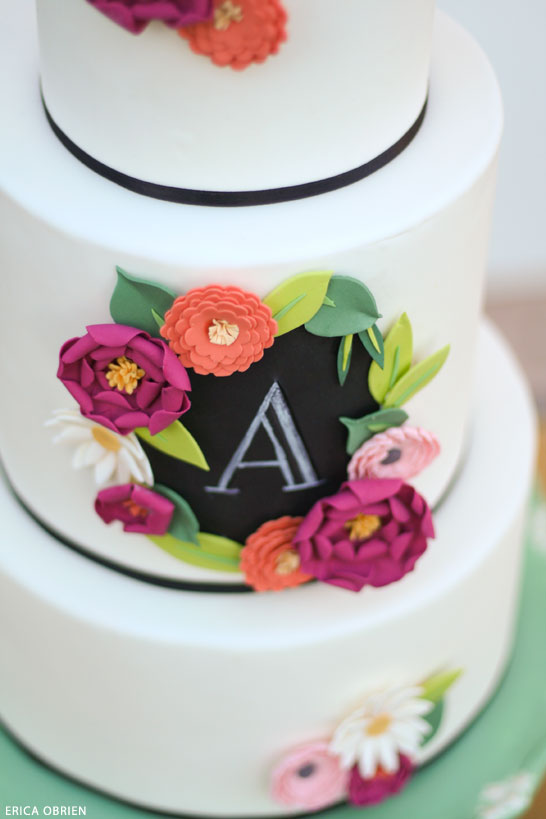 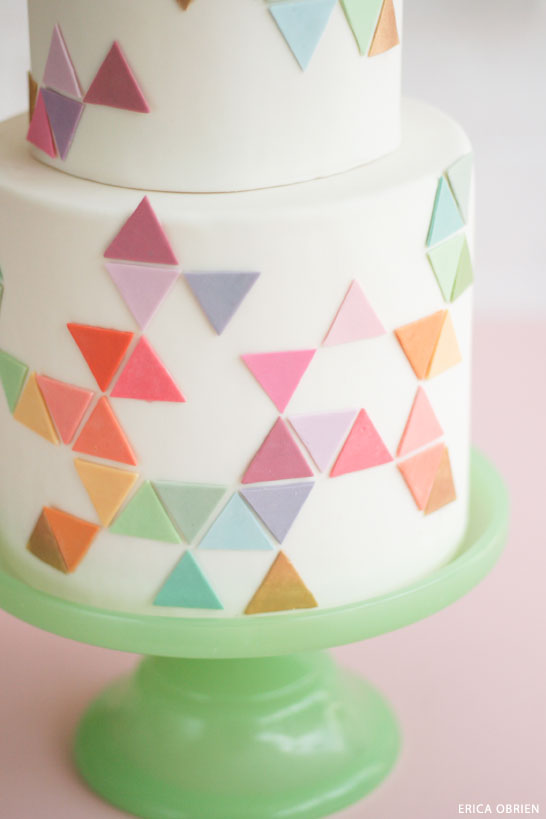 Have you seen my Garland Cake? 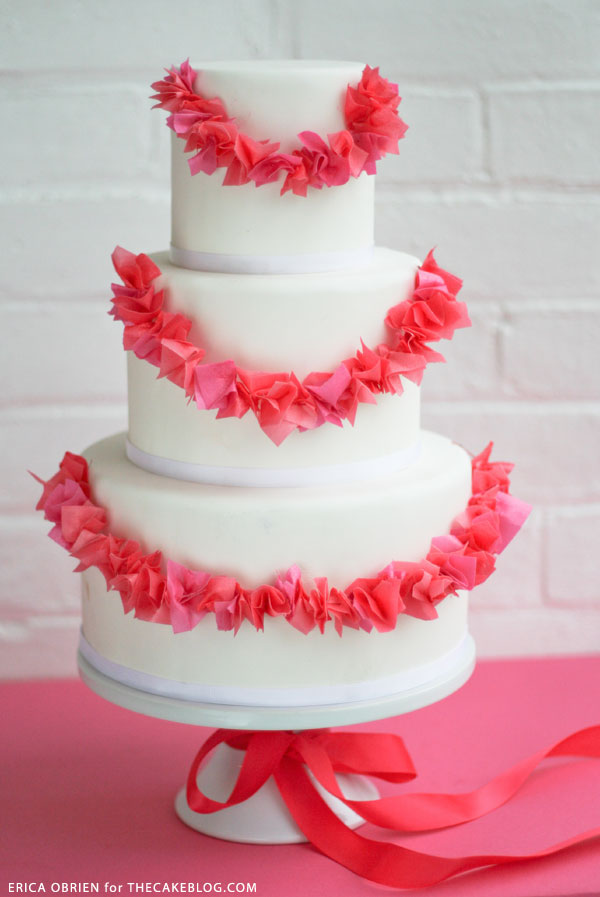 Now, hop over to my Golden Pineapple Cake! 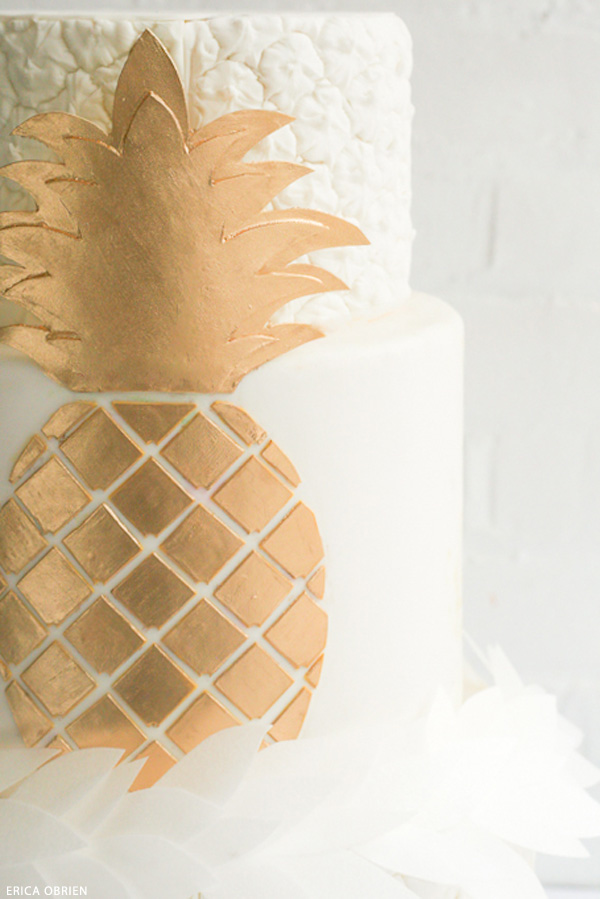