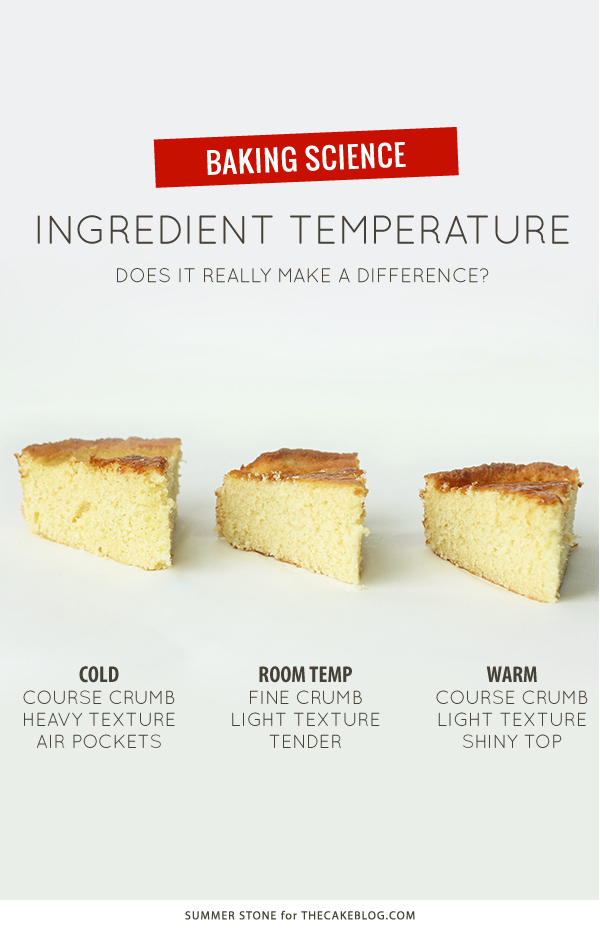 Our contributor, Summer Stone-Polzel of Cake Paper Party, is back today with a new baking science experiment…. 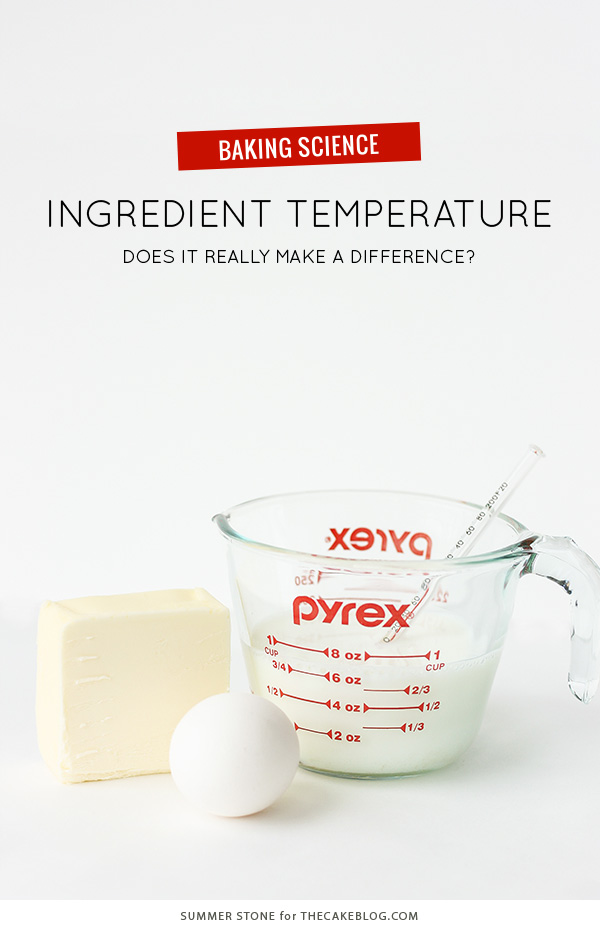 Most cake recipes prompt the baker to begin with room temperature ingredients. While I generally comply with most of my ingredients, I admit I can often be caught tossing a cold egg or chilly milk into my batter. Typically in a hurry, I would think, “What difference does it really make?” I finally decided to challenge my rebellion and see what happens when you start with cold, room temperature or warm ingredients. 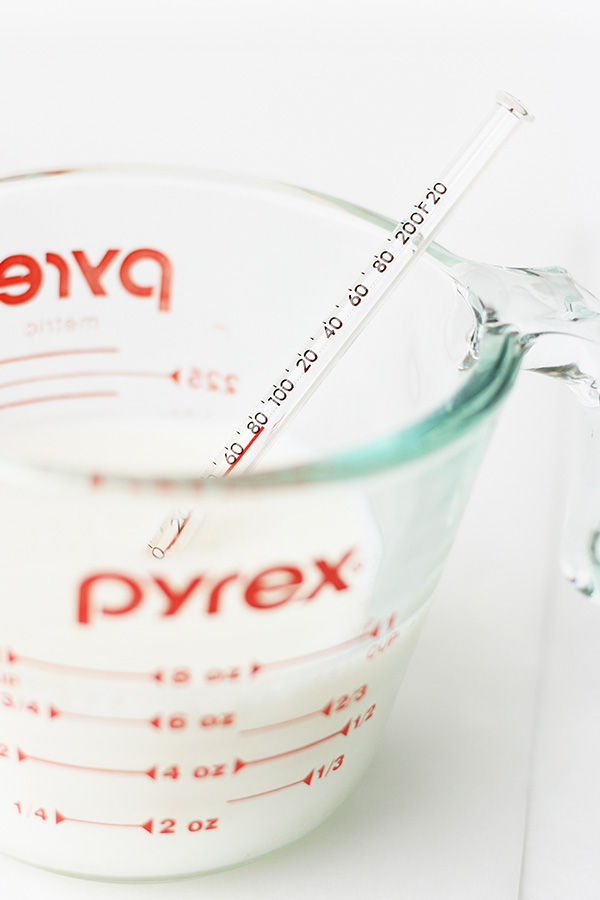 Here are a few of the factors come into play when you alter ingredients temperatures:

1. Ingredient fluidity – This is primarily a factor with butter since its level of plasticity changes greatly within a relatively narrow temperature range. If you stick butter in your batter straight from the fridge it will not distribute in your batter as well as room temperature butter and in turn will not properly coat flour proteins or allow for intake of air pockets during the beating process.

2. Emulsification – Both butter and egg yolks play an important role in the emulsification (joining of fats and liquids) of batter ingredients. Cold butter, as noted above, doesn’t distribute well enough to emulsify properly and, as with all chemical processes, emulsification (via butter or eggs) occurs slower and less thoroughly in a chilled setting. 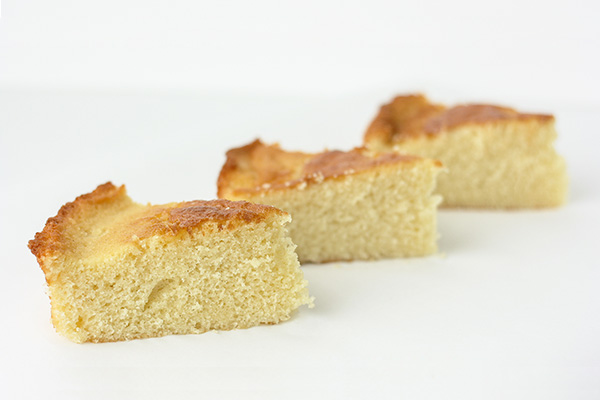 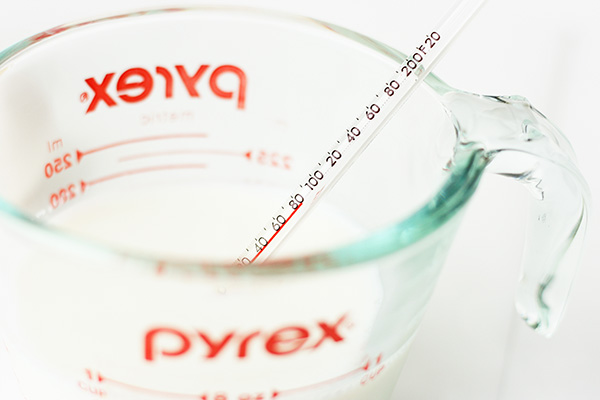 The first ingredient temperature differences were clear in the mixing of the batter. I creamed the butter first with the sugar and then added the eggs. It was difficult to get cold butter to work into the sugar at all. After two minutes of beating I still had a central hunk of butter that had the outer edges beaten away. Adding cold eggs helped a little in distributing the butter but pea-sized clumps were present following the egg beating time. After addition of the dry ingredients and cold milk, the butter was still in bits, albeit tiny. The batter was relatively thin as I poured it into the pan, an indicator that emulsification was not achieved.

The room temperature butter (pliable but still well structured) mixed beautifully with the sugar and was creamy and light when the eggs were added. When flour and room temperature milk were added the batter was thick and had a nice body to it. There was no presence of “curdling” as the ingredients were well emulsified.

The warm butter (which appeared glossy and squishy but not melted) blended well with the sugar and was the lightest in color of the creamed mixtures. The batter emulsified well with the addition of eggs, dry ingredients and milk. The batter was smooth and light, but it felt slightly loose or softer than the room temperature batter and seemed as if the speedily moving molecules could break from emulsion at any point. 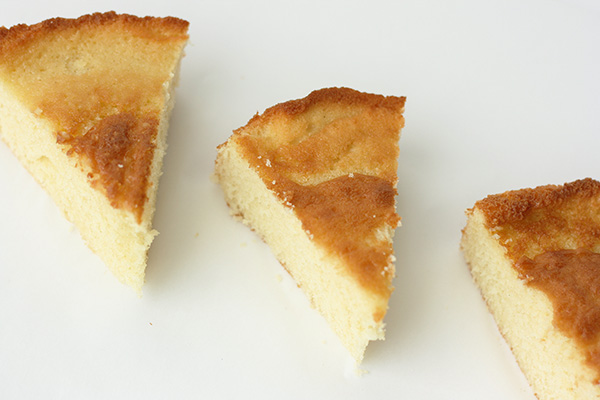 When cut, it was clear the cakes differed in texture. The cold ingredient cake was the coarsest of the three cakes. Improper creaming and butter distribution lead to the formation of large air pockets. Reduced emulsification also resulted in a cake that felt heavier in the mouth. 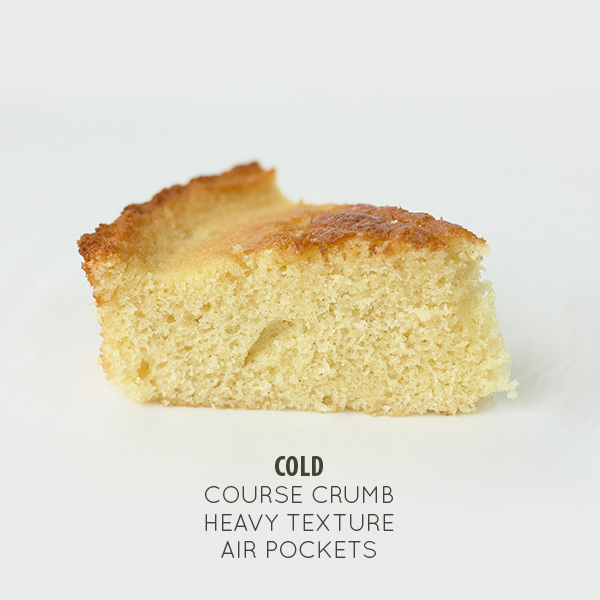 The room temperature cake had the finest texture of the three cakes. This is testament to proper air incorporation, butter distribution, emulsification and sugar dissolving. Butter plasticity is important in enabling sugar crystals to drive fine air particles into the butter. Thorough emulsification resulted in a cake that had a light and tender mouthfeel. 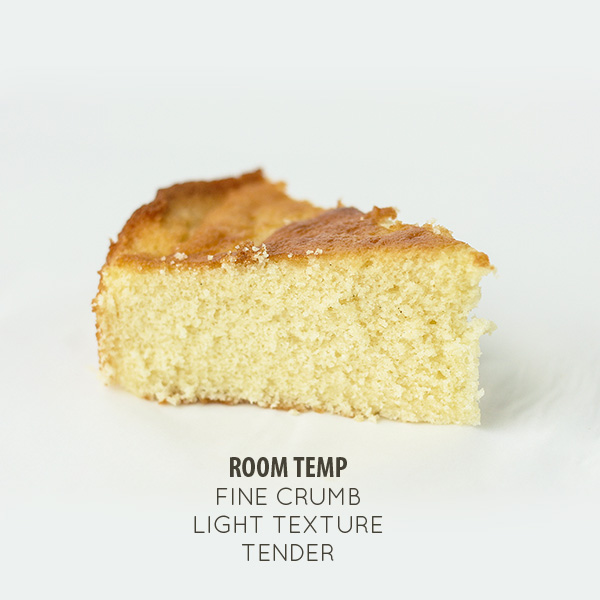 The warm ingredients cake was slightly less coarse than the cold ingredient cake. At first it seemed odd that the cakes with opposite ingredient temperatures would end up with similar characteristics, but it appears that in this case different mechanisms lead to a common product. While the warm ingredient batter incorporated fine air particles well, it seems the butter was too soft and the molecules were moving too fast to prevent the bubbles from merging. The overall result was a slightly coarse cake that mimicked the cake made with cold ingredients. This cake was lighter than the cold ingredient cake because of sufficient emulsification but the shiny top indicates that the sugar was dissolved into the liquid solution. 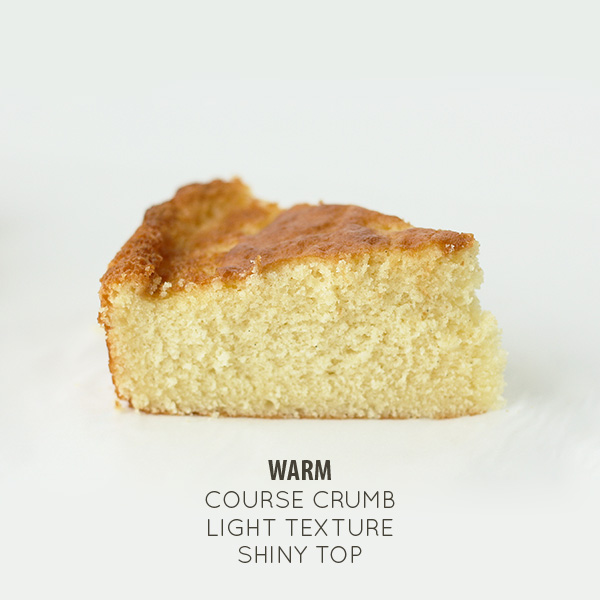 Here’s a quick recap of temperature effects on your cake: 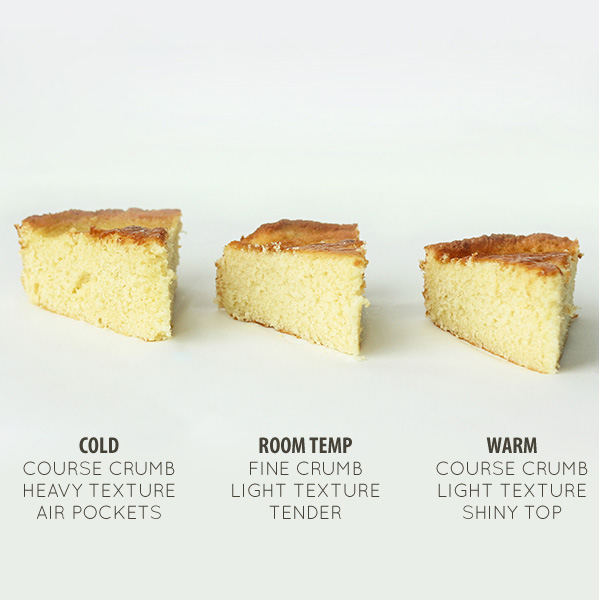 In the end, it seems that all of those recipe writers were correct. Ingredient temperature does make a difference and a mere 10 degree F shift can degrade your final product. For the finest texture and a light and tender mouthfeel make sure your ingredients are all at moderate room temperature. I hope this helps your baking adventures! 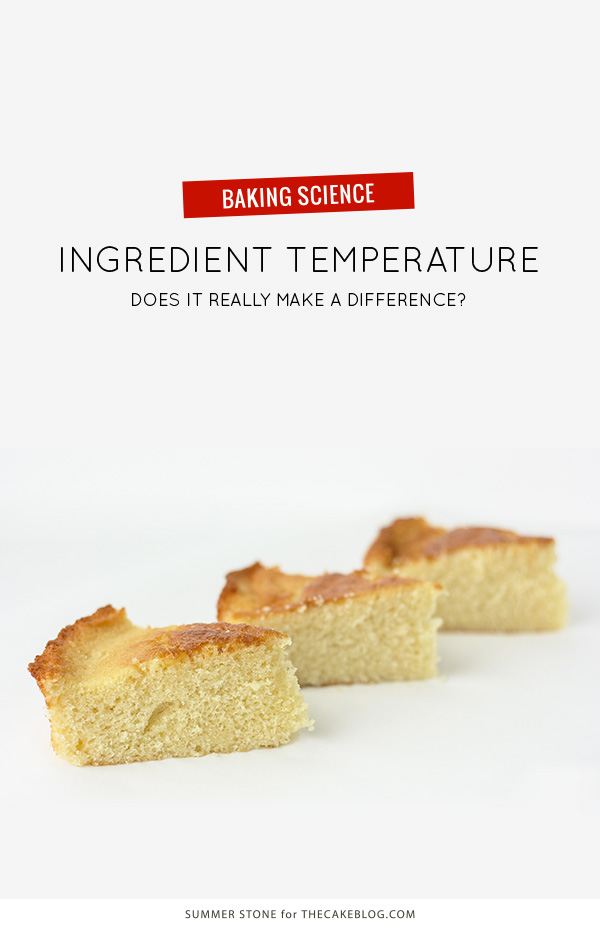 YOU MAY ALSO ENJOY:
Why Oven Temperature Really Matters
Chocolate vs Cocoa
Mixing Up The Perfect Cake
Do Your Cupcakes Need a Rest?
Can You Overmix A Cake?
Which Flour Is Best?