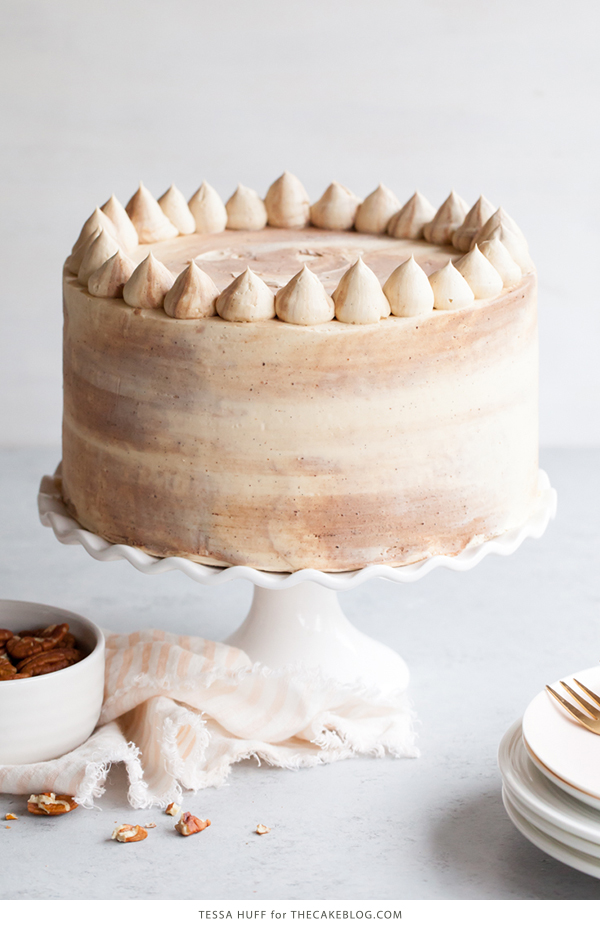 Deep into fall and stormy weather season, I find myself searching for foods of comfort and decadence. And with the holidays approaching at lightening speed, traditional flavors float up to the top of my baking “to-do” list. This cake started out as a pecan pie. After a few unexpected twists and turns, it evolved into this nearly sinful Chocolate Bourbon Pecan Cake. 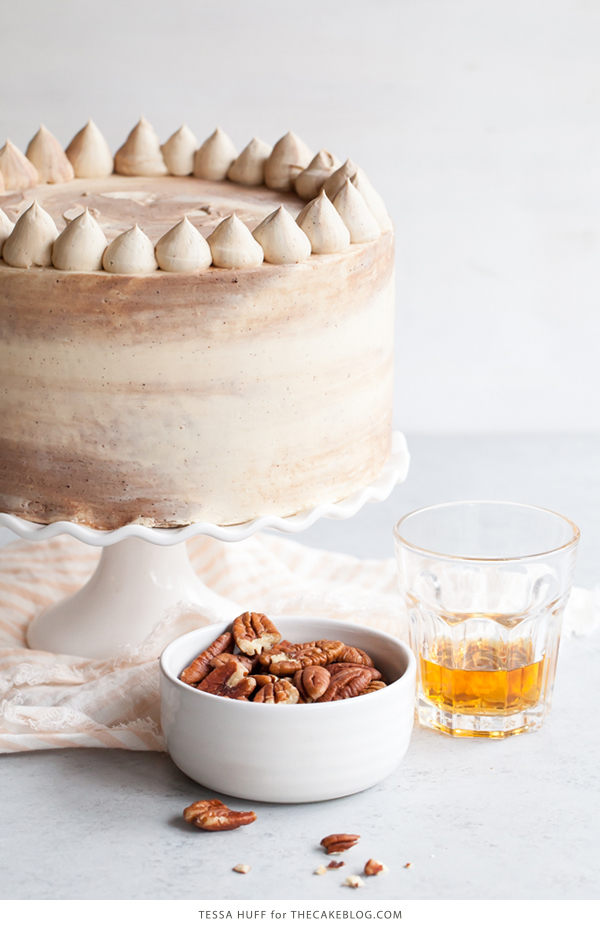 Don’t you just love a happy accident? You know, when project you are developing transforms itself into something even better than what you started with? Well that’s kind of what happened with this cake. Like I mentioned, I started with the idea of keeping holiday traditions close in the form of a pecan pie cake. Then chocolate happened and a splash of bourbon decided to tag along. Blanket it all in a Bourbon Brown Sugar and Chocolate Marble Buttercream, and I think I’ve found that comfort and decadence that I’ve been craving. 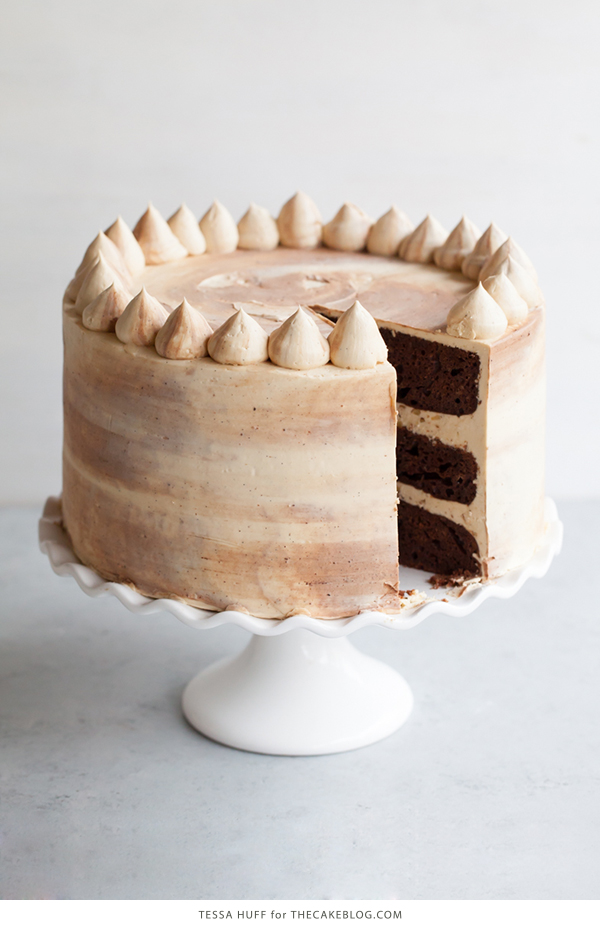 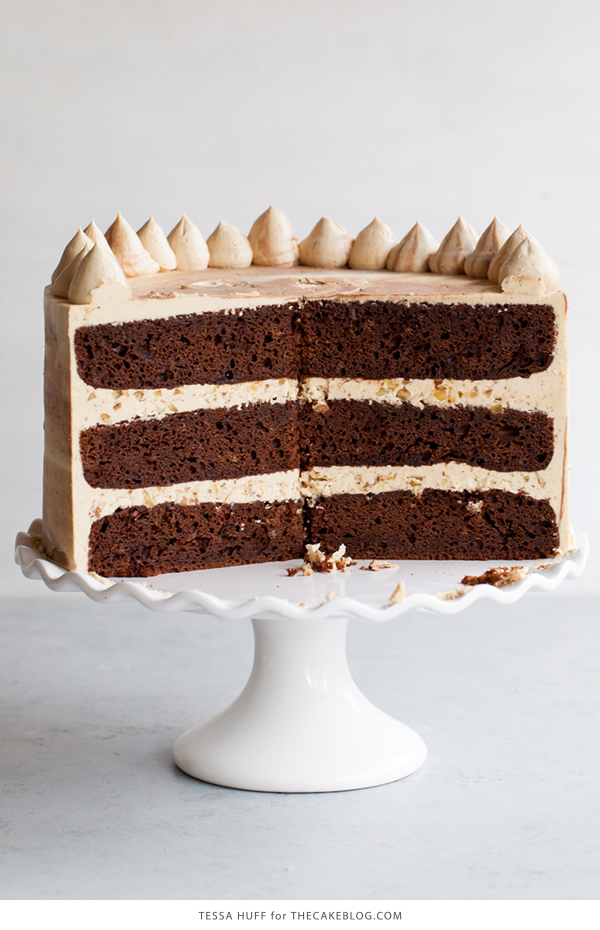 If you are a bourbon fan or not, this chocolatey cake is both familiar in its flavor pairing but special enough for any upcoming holiday celebration. This deeply fudgey cake comes together easily on the stovetop before being baked and drowned in a boozy simple syrup. Finely chopped toasted pecans get folded into the filling for a bit of texture and nuttiness. But the buttercream – now that’s the star here. Using brown sugar immediately elevates this meringue-based buttercream and brings about an almost caramel flavour that is perfect for this time of year. A big glug of bourbon and real vanilla bean seeds takes it to the next level. For the marbled effect, simply reserve a bit of the buttercream and mix with a teaspoon or so of cocoa powder then randomly swipe it around a nearly smooth buttercream cake just before finishing it off. A couple final spins on the cake turntable at the very end, and the colors will marble and swirl before your eyes!

Not into bourbon or looking for a non-alcoholic version? The brown sugar buttercream will be just as tasty sans booze, as does the simple syrup. 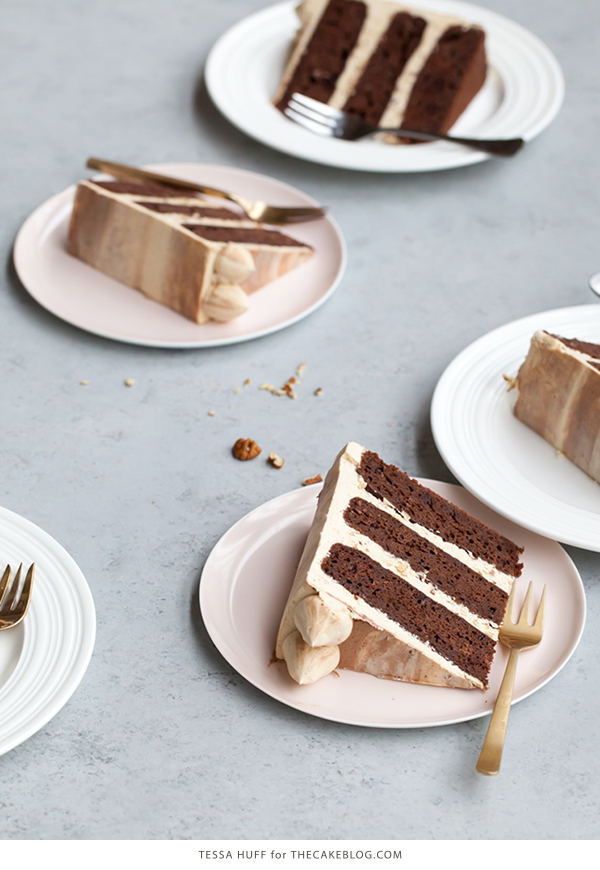 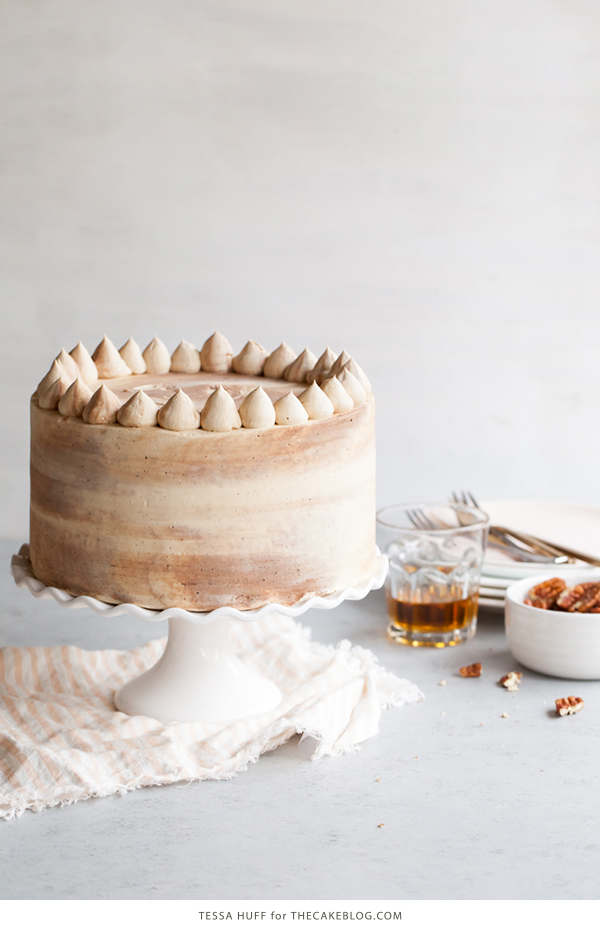 Heat the sugar and water together over high heat until the mixture comes to a boil. Reduce the temperature and simmer until slightly thickened, about 10 minutes. Remove from the heat and stir in the bourbon and vanilla.

NOTE: Omit the bourbon completely for a non-alcoholic version. The brown sugar meringue buttercream is tasty on its own, too!

For the Assembly:
¾ to 1 cup toasted pecans, finely chopped
2 to 3 teaspoons cocoa powder

Serve at room temperature. Refrigerate leftovers in a cake box or loosely covered in plastic wrap. 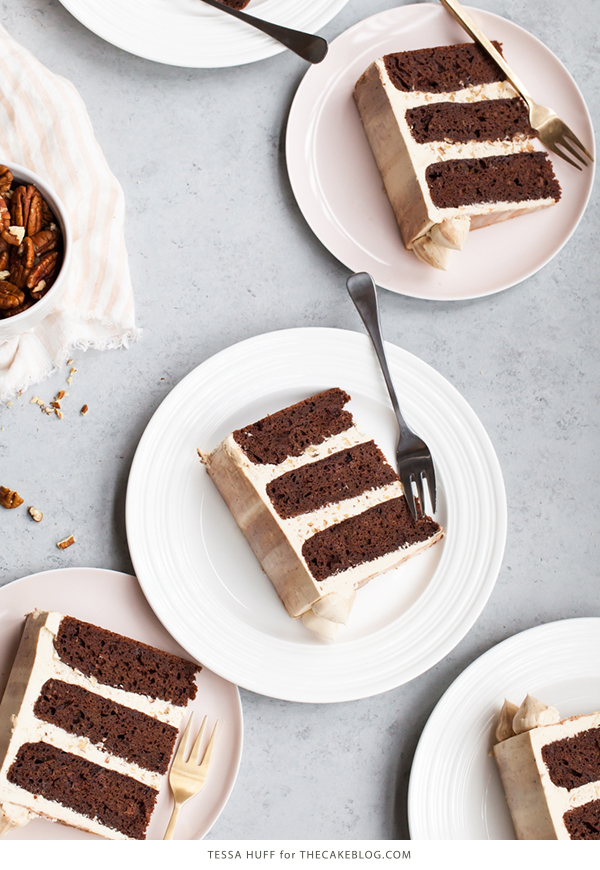 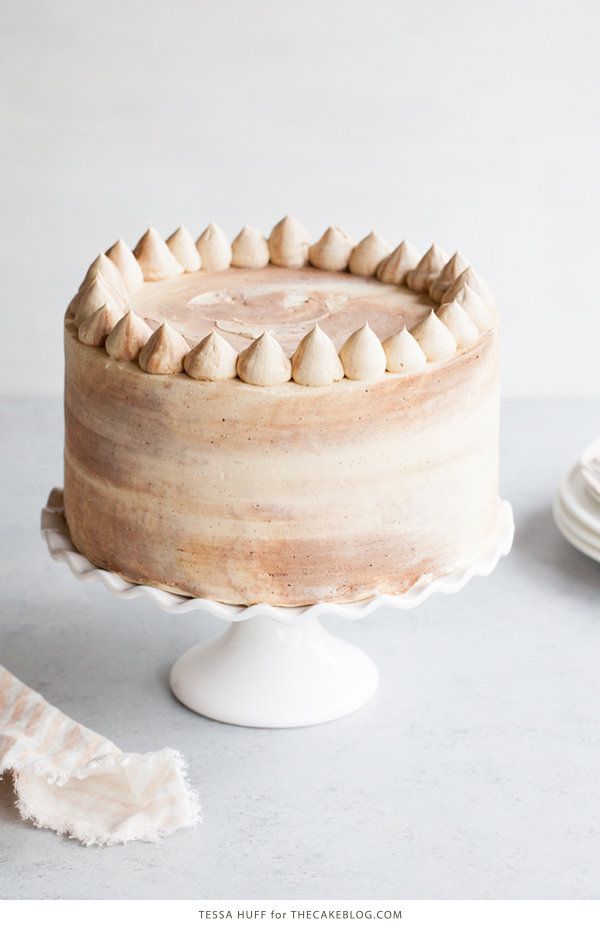