Cinnamon Roll Layer Cake with cinnamon in the cake and frosting and the most wonderful cinnamon sugar glaze soaked into the cake layers. A recipe from the new cookbook Simply Beautiful Homemade Cakes by our contributor, Lindsay Conchar. 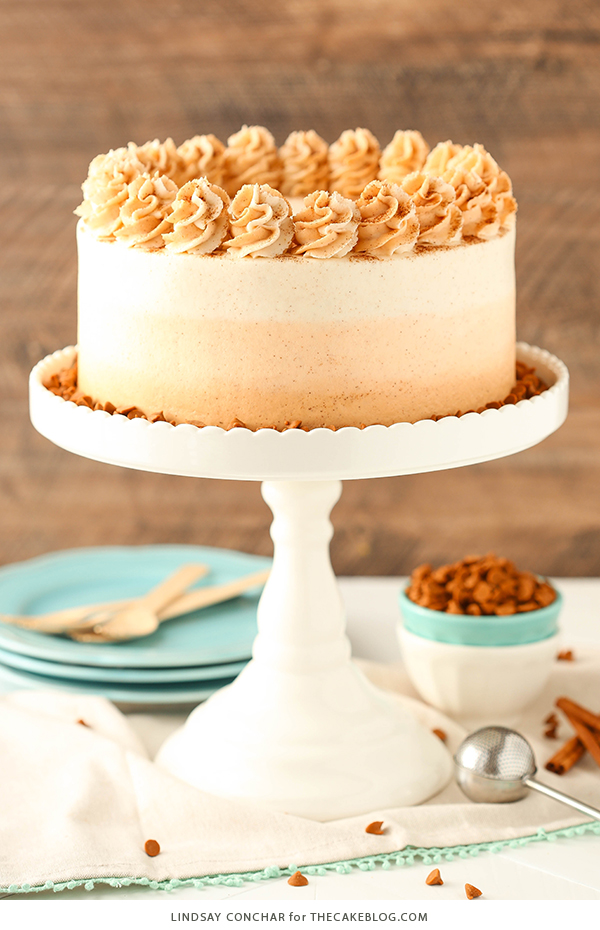 I’m so excited to share this cake with you today and give you a peek inside my cookbook, Simply Beautiful Homemade Cakes. I’ve been working on this book for a year and half now and it’s such fun to share it with everyone. As you can probably tell from the title, this cookbook is all about the cakes! There are 65 delicious cakes to choose from.

My favorite chapter is of course full of 16 beautiful layered cakes, much like this one. With flavors like Bourbon Spice Toffee Layer Cake, Guinness Chocolate Mousse Cake and Lemon Raspberry Cake, there’s something for everyone. 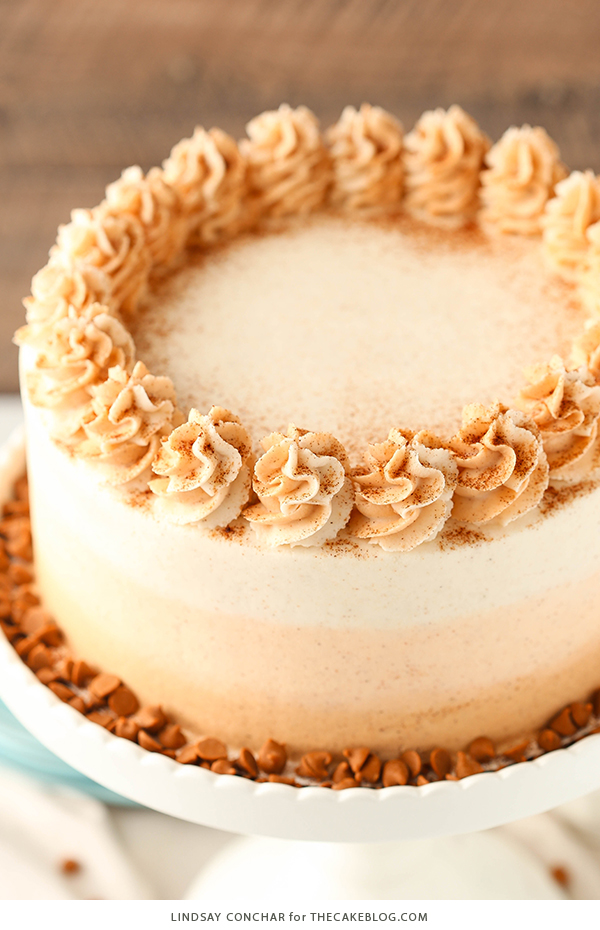 But I didn’t stop with just layered cakes. The first chapter is all about the simpler side with a few cookie cakes, single layer cakes (hello Red Wine Chocolate Cake!) and some icebox cakes. Those are perfect for when you something a little quicker. There’s also a chapters for cupcakes, ice cream cakes (all using no churn ice cream), cheesecakes (looking at you, Bourbon Peach Streusel Cheesecake) and variety of seasonal cakes.

To top it all off, the final chapter is full of decorating tips and techniques with more than 15 tutorials showing everything from how to set up your cake pans to how to create the ombre effect you see on this cake. While the tutorials aren’t meant for someone who’s more advanced on the decorating scale, it’s a great additional chapter for someone who’s still learning.

Every recipe has a color photo (or two) with each cake, so you know just what you’re going to be making. Plus, the different cakes, fillings and decorating techniques can be mixed and matched to come up with your own awesome creations. 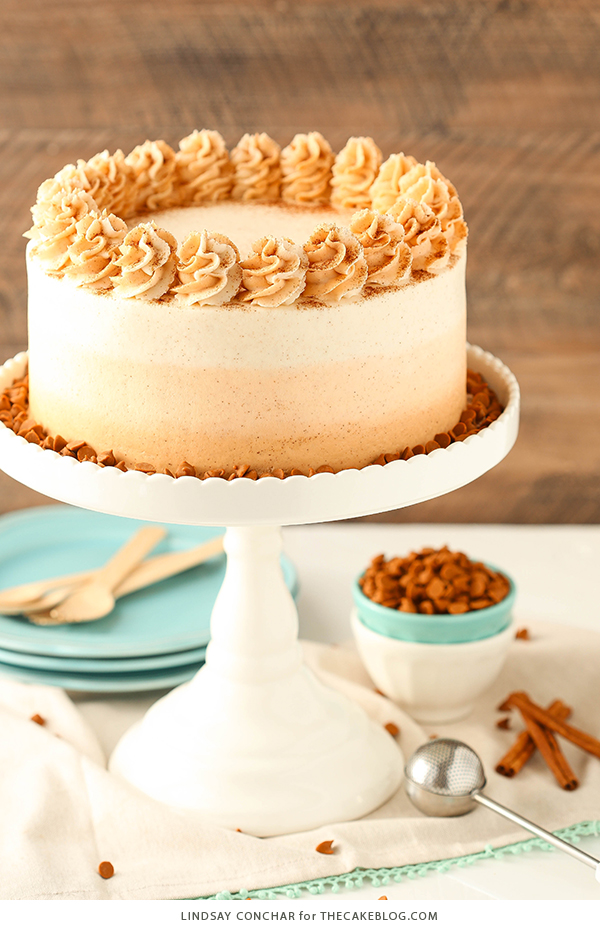 This Cinnamon Roll Layer Cake is definitely one of my favorites from the book. I’m a cinnamon girl all the way and this cake seriously delivers. The cake layers are wonderfully moist and fluffy and pretty straightforward to make. Making the batter begins with creaming the butter and sugar together until it’s light and fluffy.

Next is the sour cream, which adds wonderful moisture and flavor to the cake. The egg whites are next and lend a super soft cake. The remaining steps are adding the wet and dry ingredients. 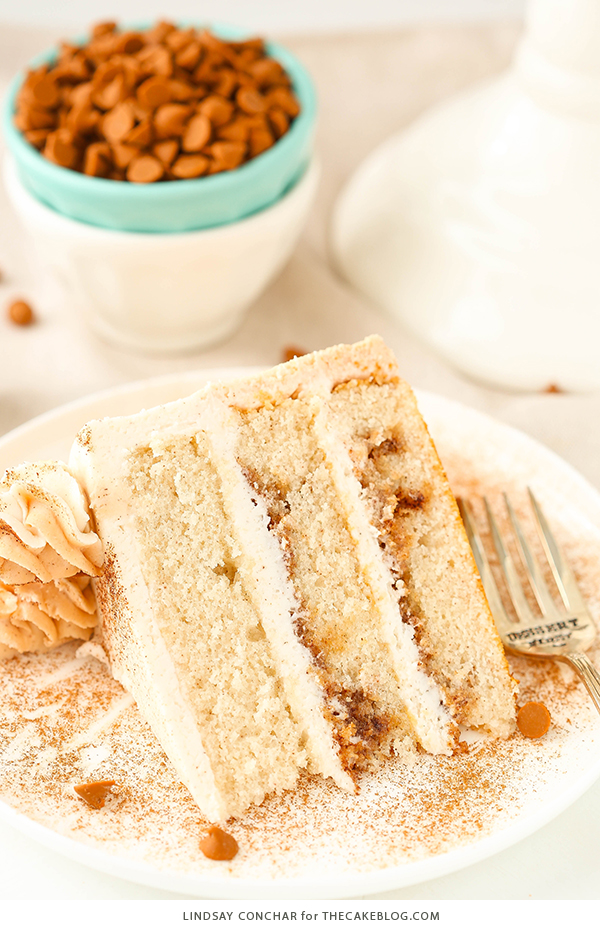 Once the cakes are baked and cooled, the best part – the cinnamon sugar glaze – is spread over the top of them. With a mix of powdered sugar, brown sugar and cinnamon, this glaze really gives them that cinnamon roll flavor that makes you feel just like you’re eating breakfast.

To finish the cake off, it’s covered in cinnamon frosting! This time around I switched it up and created the ombre effect on the cake by coloring some of the frosting with a mix of copper and ivory (you could use brown). The cake in the book is decorated a little differently and both tutorials are in the book. This cake is absolutely delicious no matter how you decorate it, but that’s always the fun part, right? Besides eating it, of course. 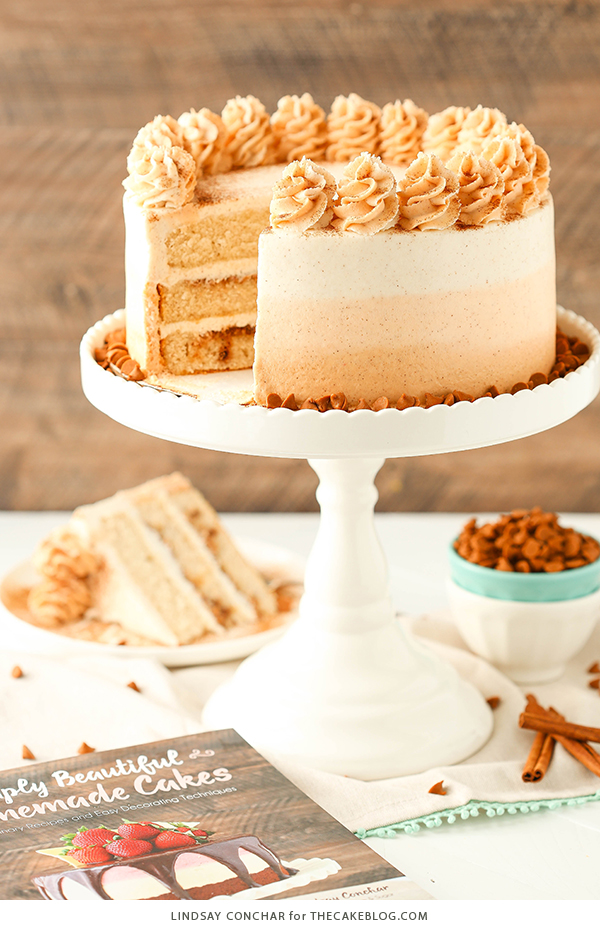 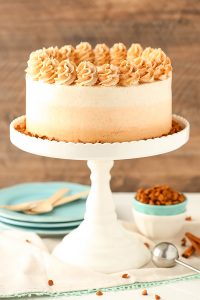 Cinnamon Roll Layer Cake with cinnamon in the cake and frosting and the most wonderful cinnamon sugar glaze soaked into the cake layers.

For the Cinnamon Cake:

For the Cinnamon Frosting:

For the Cinnamon Sugar Glaze:

Store the cake at room temperature in an airtight container. 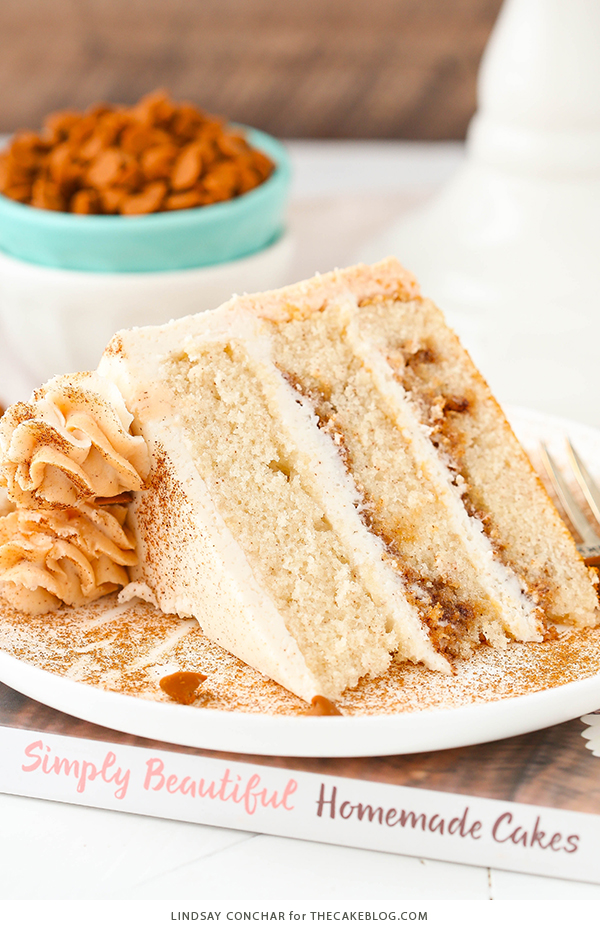