Caramel Bourbon Vanilla Cupcakes – a brown sugar bourbon cupcake topped with caramel vanilla frosting for a unique combination that is full of flavor! A new cupcake recipe by our contributor, Lindsay Conchar. 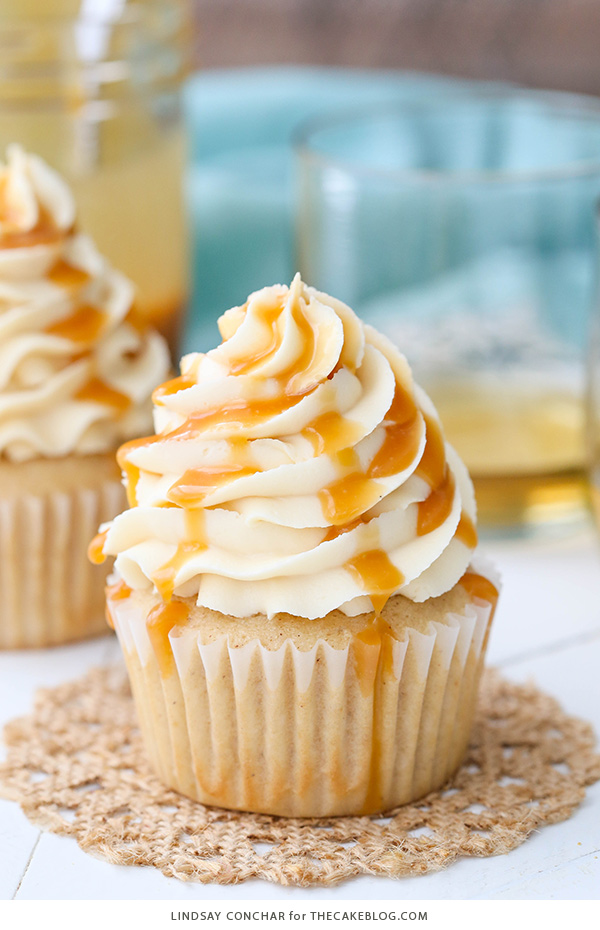 So I’ve never really considered myself much of a drinker. While I love a good cocktail when hanging out with friends, particularly now that it’s summer, that’s mostly it. Plus, I tend to not like to drink my calories, I’d rather eat them.

So when I have the chance to combine eating my calories in cupcake form with “drinking” them too, I’m on board! Ha! No but truly, there’s something about the flavor that most alcohol gives to baked goods that I just love. It’s like beer in cheese – how can you go wrong? 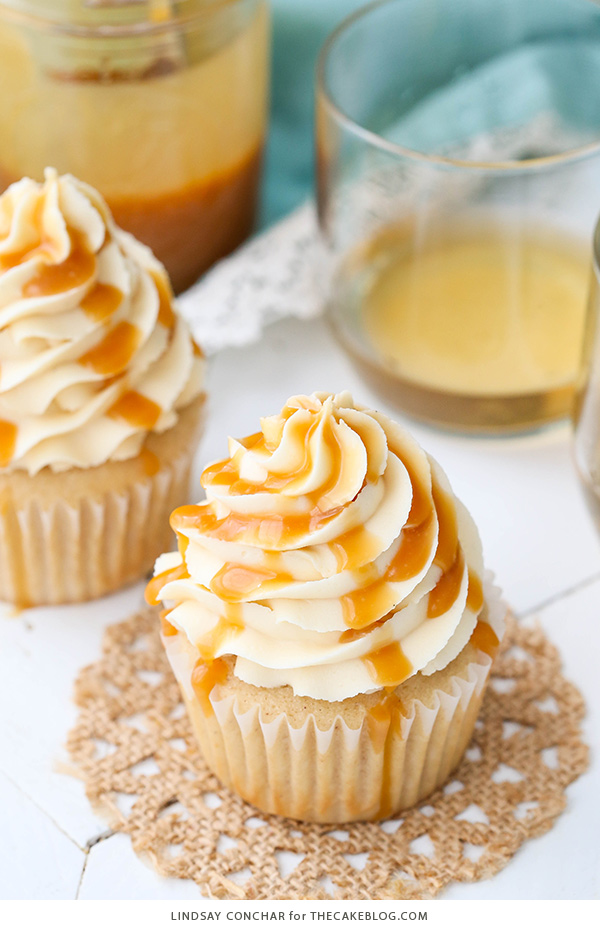 Bourbon is one of my favorites. I don’t personally drink it, but it gives a really awesome spiced flavor to things. I love it! I also added brown sugar and a bit of cinnamon for some additional flavor to go with the bourbon.

The cinnamon may seem like an unusual addition, but I find that the smallest amount of it can add a really nice bit of flavor and accentuate other flavors nicely. There’s not a lot in the cupcake, but it’s just enough to add to the spiced flavor of the cupcake without overpowering the bourbon. 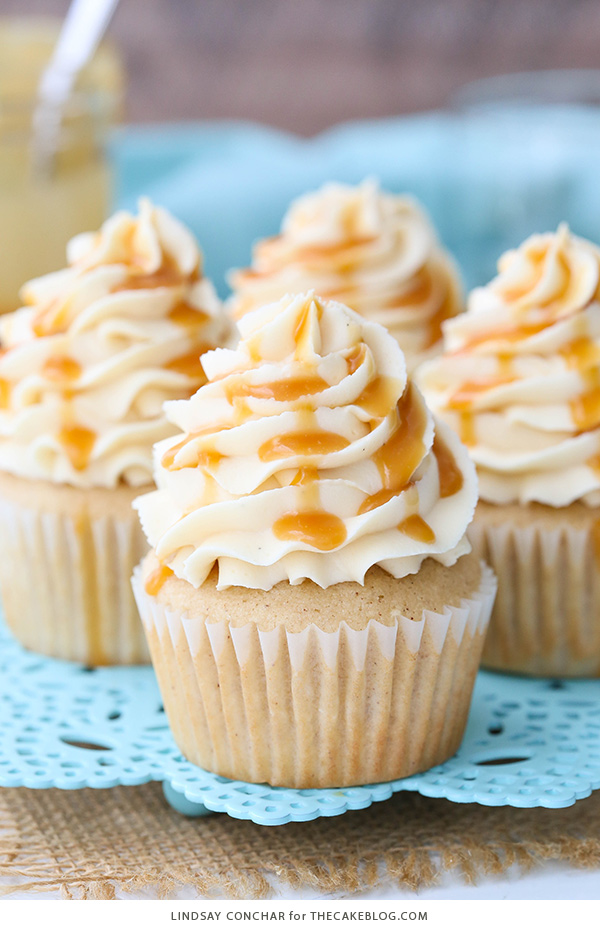 For the frosting I used my favorite caramel sauce, but you could certainly use a different one. Just keep in mind that not all caramel sauces are the same consistency, so if yours is thinner you might want to use a little less than I did so you don’t thin out your frosting too much.

I also used a bit of vanilla bean paste in the frosting to bring out a little more of the vanilla flavor and add some fun specks to the frosting. There’s not a ton of it, but you could certainly add to it if you like. 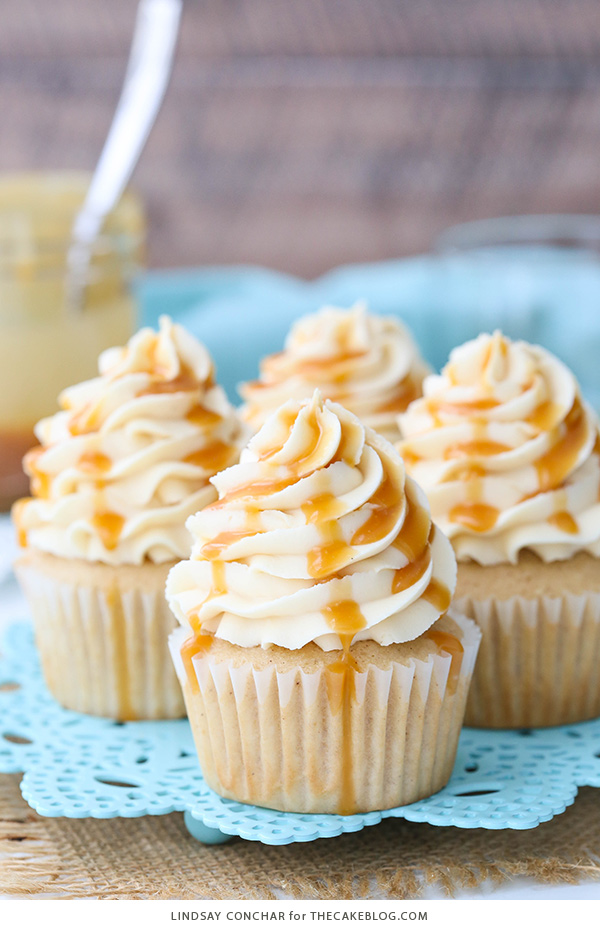 The final cupcake really is delicious and so full of flavor! The spiced cupcake with the vanilla caramel frosting is like my dream cupcake! And you get to eat and drink your calories all once. That’s what I call multi-tasking! 😉 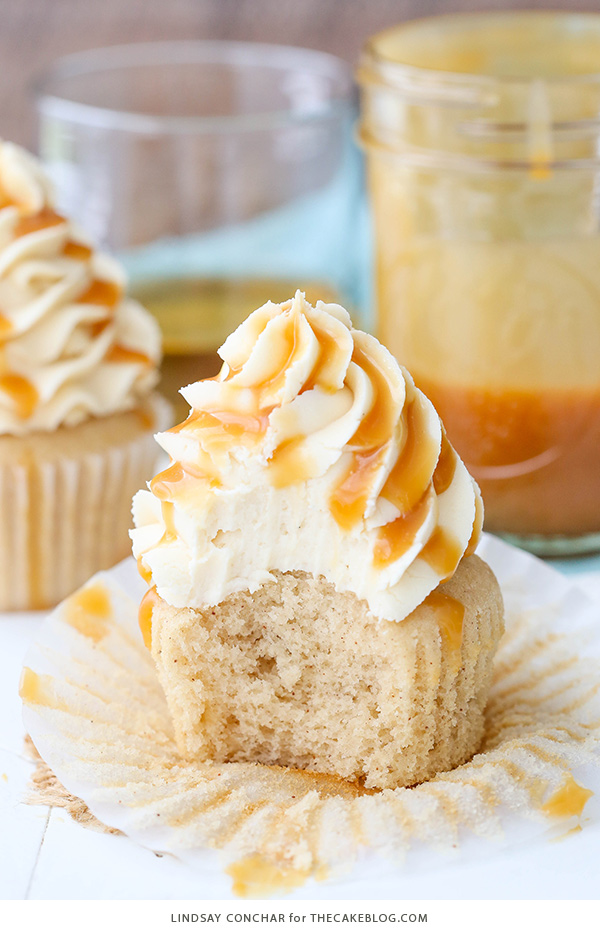 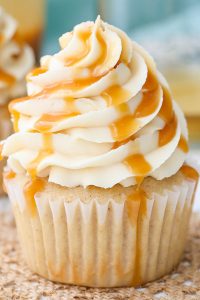 These Caramel Bourbon Vanilla Cupcakes are full of flavor! A brown sugar bourbon cupcake is topped with caramel vanilla frosting for a unique combination that you will love! 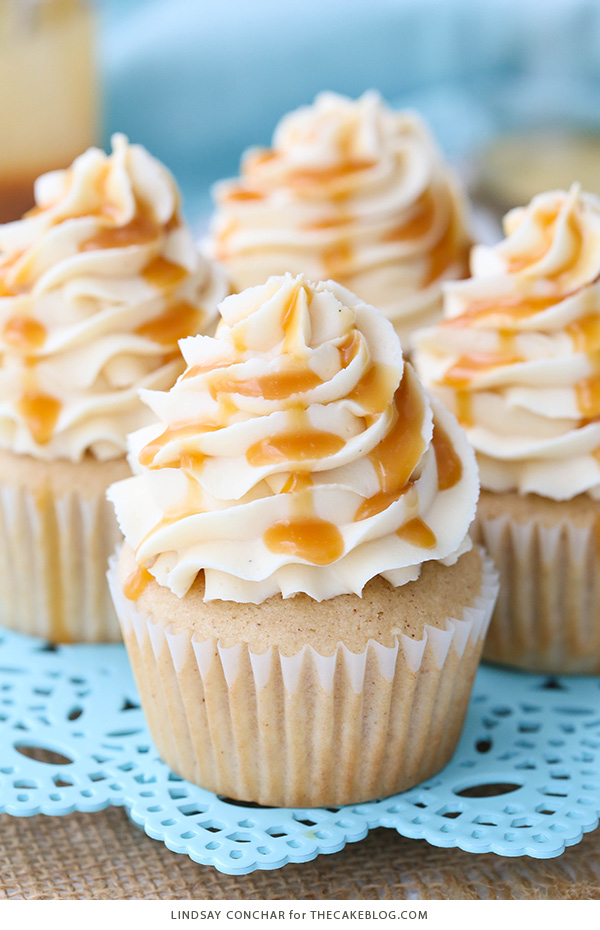