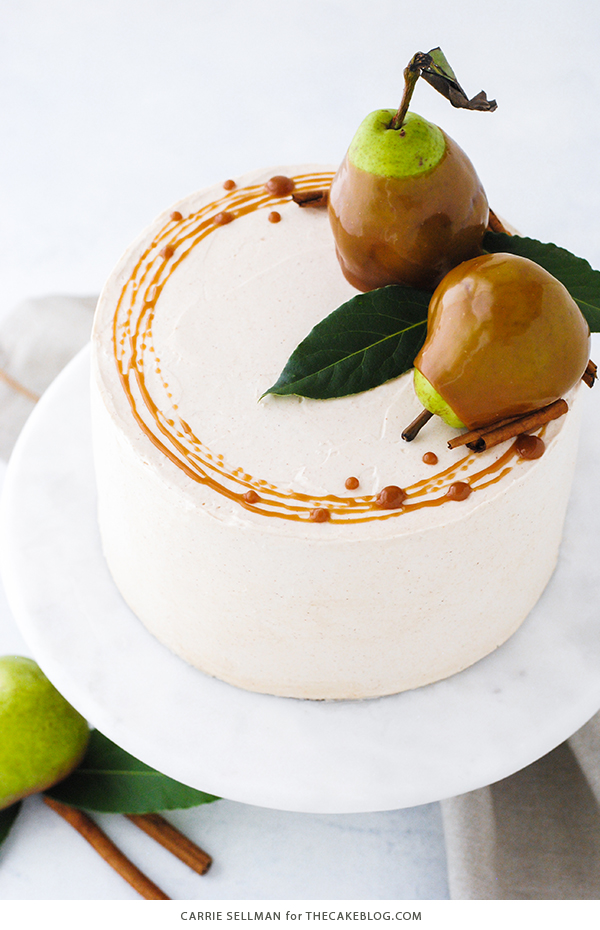 The calendar might not agree, but it feels like fall has arrived. The weather is cool, crisp and as I look outside, I can easily spot the first few leaves that are starting to turn on our towering oak tree in the back. This is by far my favorite time of year. Why? I honestly cannot say for certain. Maybe it’s because autumn signals the return to normal routines around here. School, work, weekends spent at the park and watching football. When the weather takes that first dip towards moderate, the mosquitos slowly die off and our family gravitates towards the outdoors. Sporting layers of clothes to balance the crisp autumn air, we ride bikes more, go on trail walks more, breathe in the fresh air more.  The excitement of the approaching holiday season is on the horizon — it’s all just so familiar and comforting. 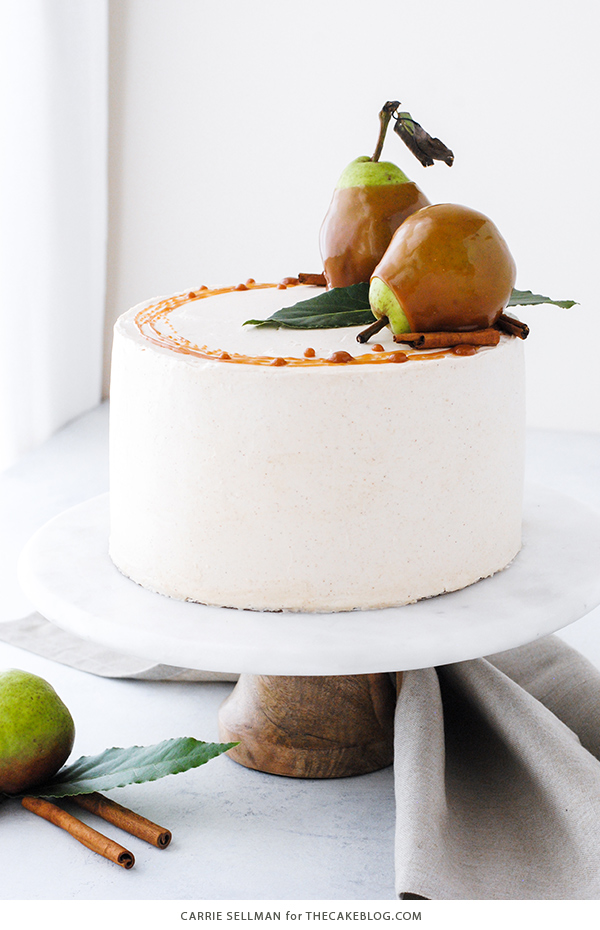 This time of year is also my favorite for the blog. The cooler weather beckons back into the kitchen, luring us in with the likes of apples, cinnamons, caramels and rich fall flavors. This year I wanted to give a little love to our dear friend, the pear. My family eats almost as many pears as apples, yet I tend to bake with them less often. So in an effort to try something new, this Salted Caramel Pear Cake was born. 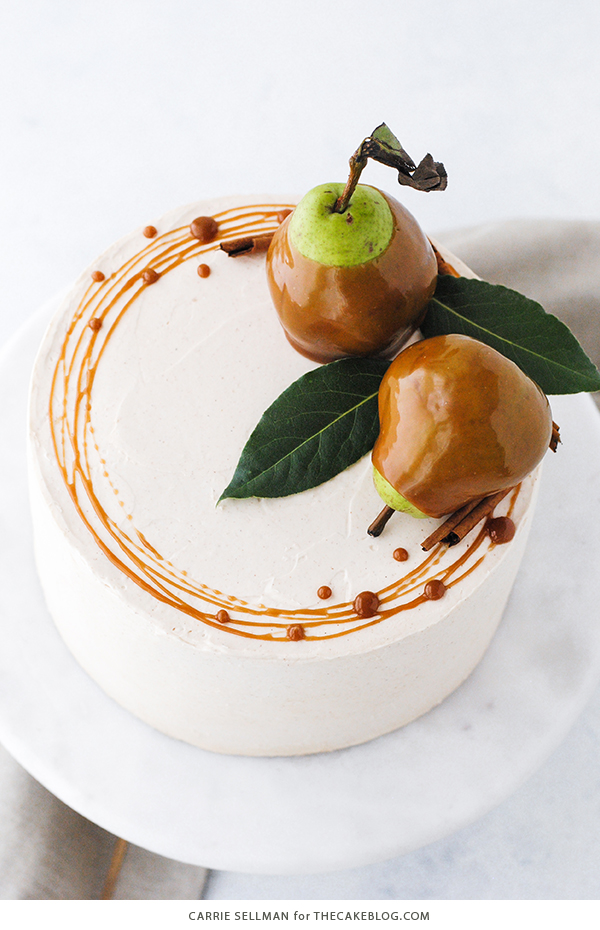 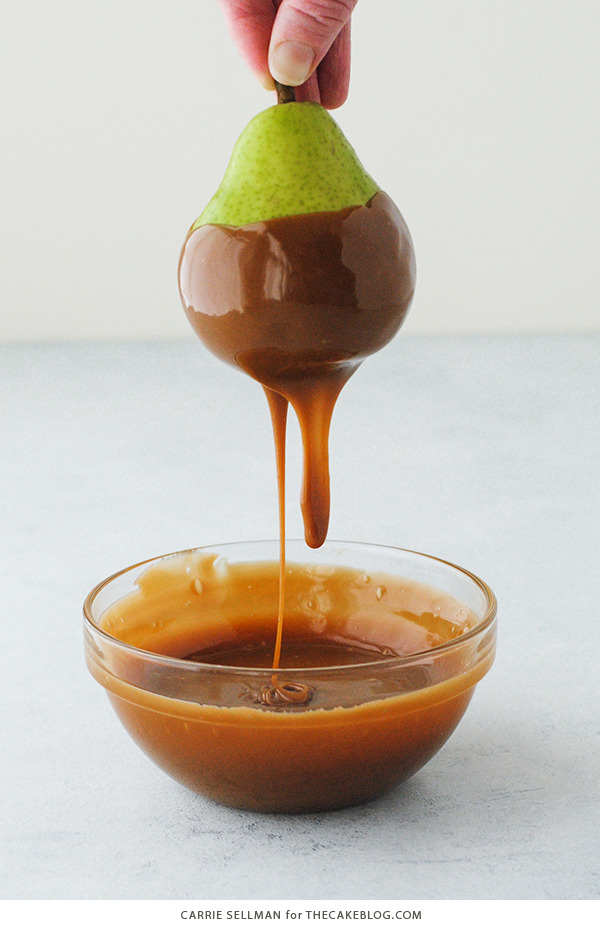 A classic butter cake gets a hefty dose of chopped pear and warm cinnamon. As it bakes, the house is filled with the most glorious aroma. Then comes the cinnamon buttercream that’s as silky and smooth as can be, with the teeniest flecks of earthy brown from the ground cinnamon. And let’s not forget the homemade salted caramel. It’s easier than you think and is so much better than that “caramel” in the jar that’s predominantly made of corn syrup.  Make it once and then let the caramel pull double duty in this recipe — it’s drizzled between the layers and also acts as the elegant dip for our pears. The whole thing is delectable and undeniably fall. 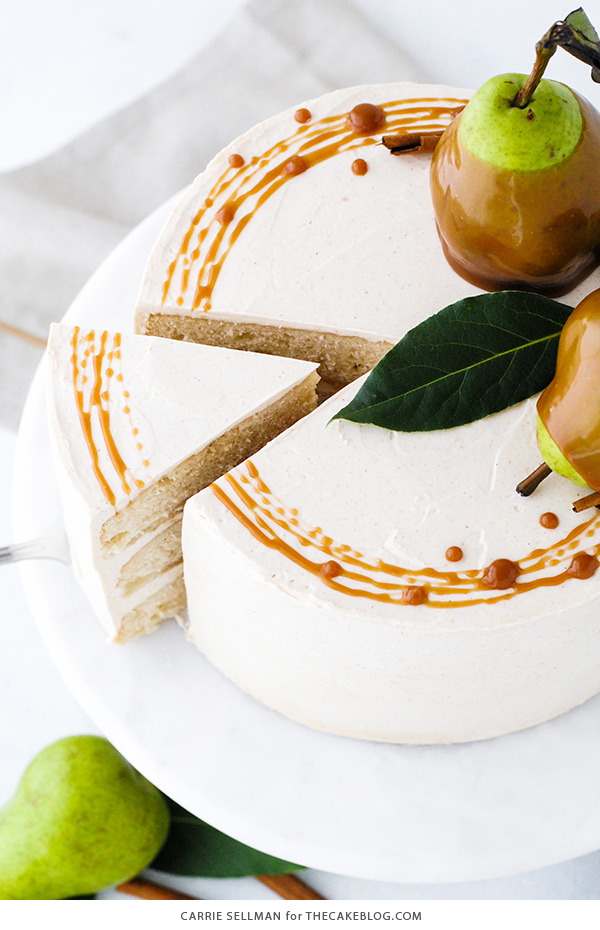 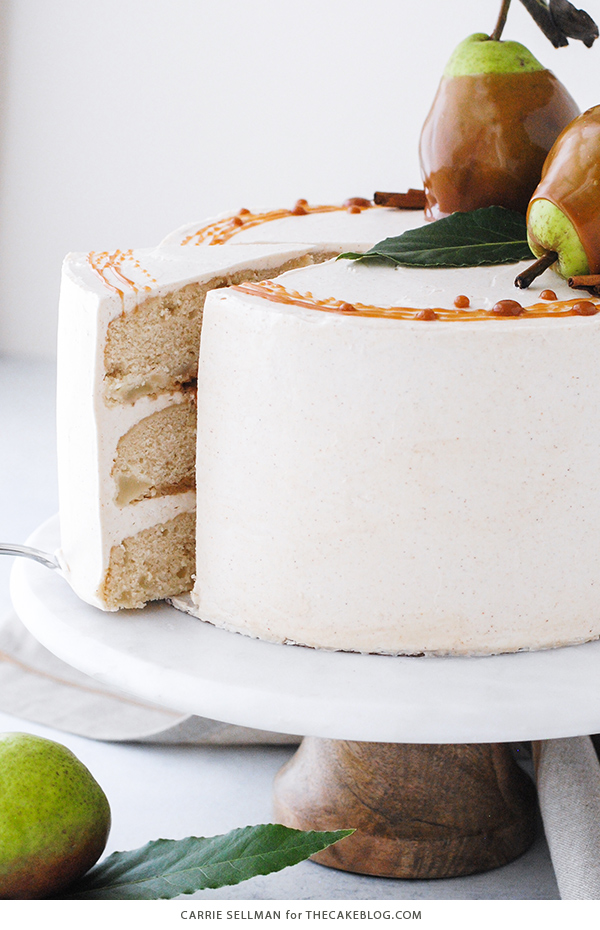 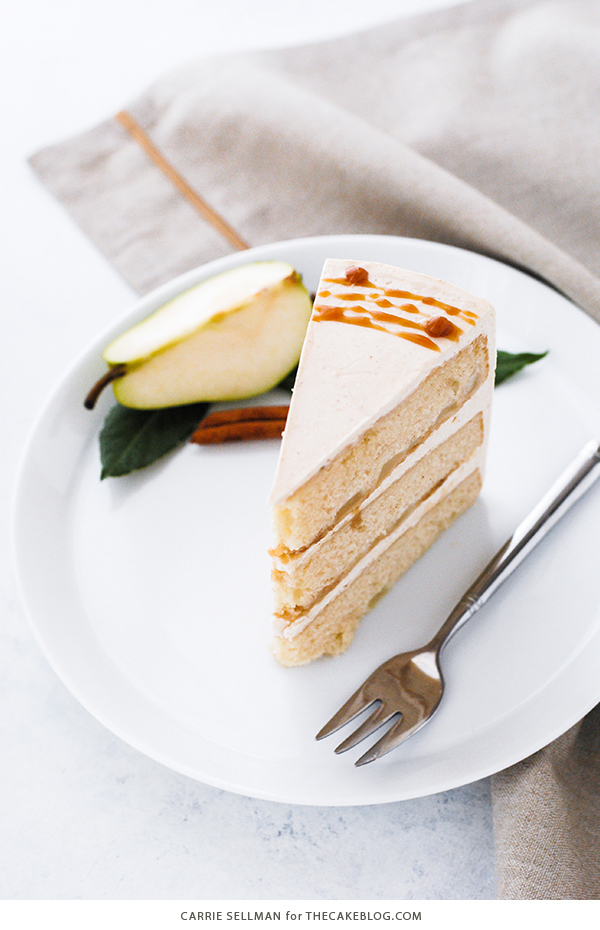 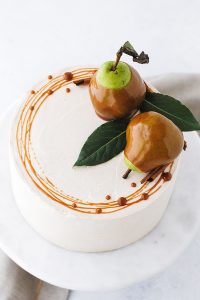 For the Pear Cake:

For the Caramel Pears and Caramel Sauce: 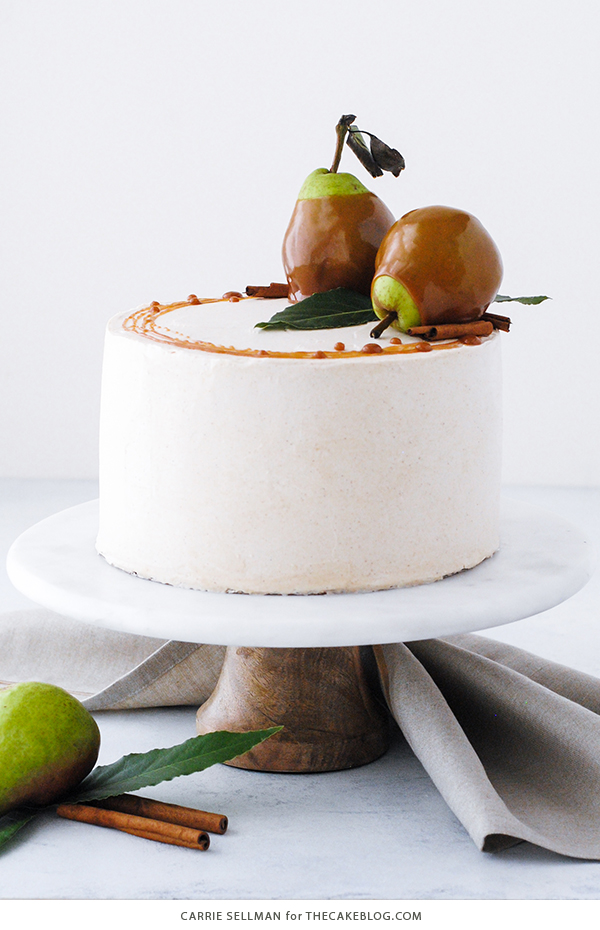 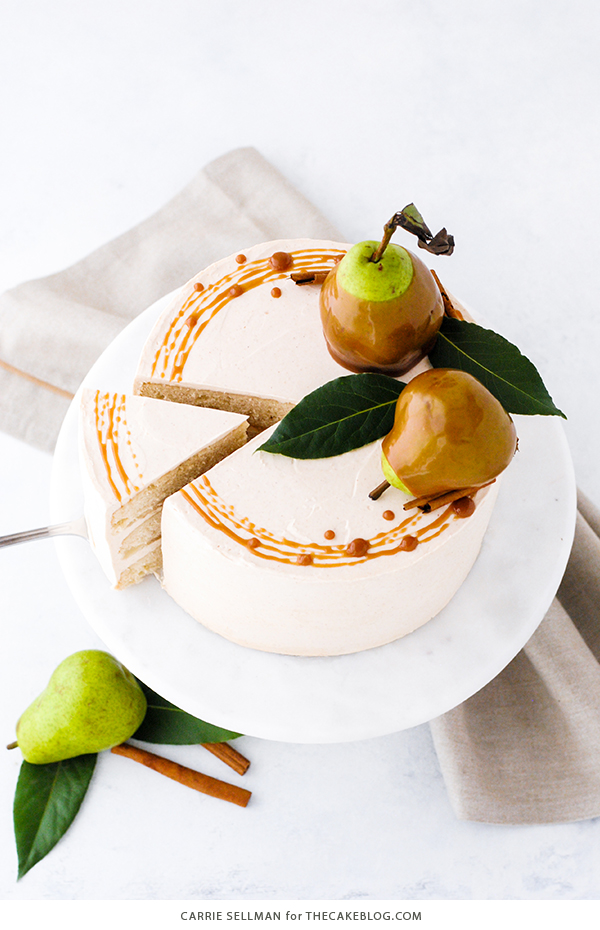