These Butter Pecan Cupcakes are made with a moist vanilla cupcake studded with plenty of toasted butter pecans! Topped with a lightly cinnamon frosting for a cupcake that’s ready for fall. Created by our contributor, Lindsay Conchar. 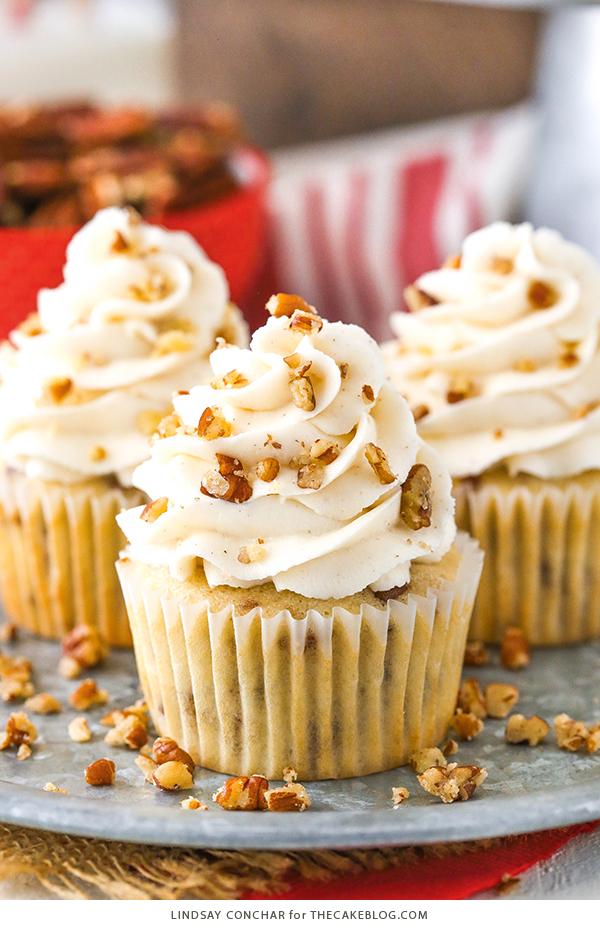 So, it’s always about this time year that I can’t decide if I am excited for fall to make its appearance or if I wish summer would hang around a little longer. I love the cooler weather, but I always miss the abundance of fresh berries and other fruit. I find solace in knowing that all things pumpkin and cinnamon are right around the corner. And even though nuts are delicious year-round and butter pecan ice cream is wonderful in the summer, I also tend to think of cinnamon-covered nuts as perfect for fall and winter. 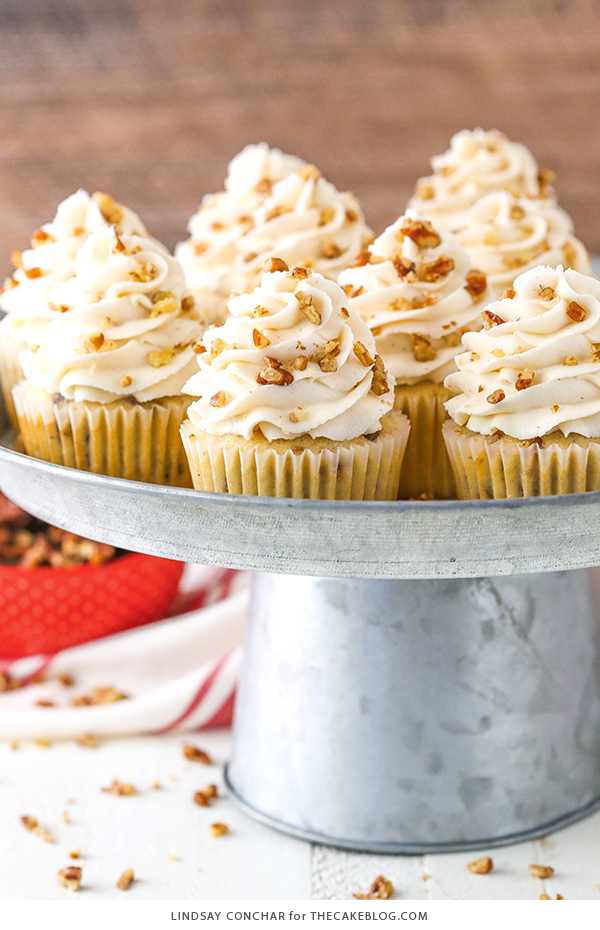 These cupcakes are not only full of toasted butter pecans, they also have a touch of cinnamon for a nod towards the transition to fall. They are a great way to hold onto summer a bit longer while also subtly welcoming fall. 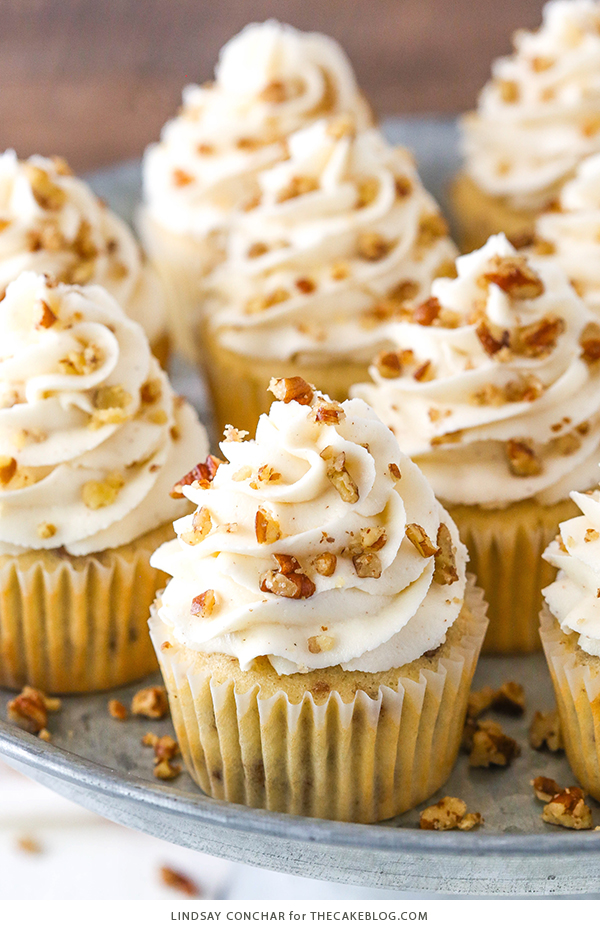 The vanilla cupcake base is a new favorite. It’s made with brown sugar in addition to regular sugar to up the flavor of the pecans and the fall feel. They are also made super moist by the addition of sour cream, which also adds flavor to cupcakes that I love.

The cupcakes are also full of pecans that are tossed with a little butter and brown sugar and then toasted before adding them. You could add pecans that aren’t toasted, but toasting them really brings out the flavor and softens them a bit, which is ideal in a cupcake. 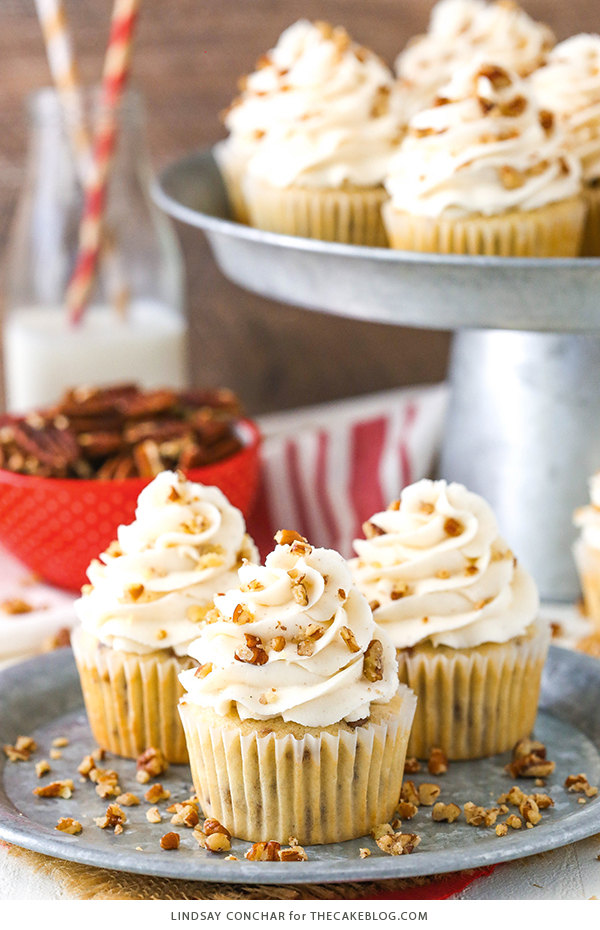 The frosting is one of my favorite parts, naturally.  It’s wonderfully buttery to complement the pecans and has just a touch of cinnamon added. It’s not at all over powering but it’s there and compliments the nutty flavor of the cupcakes perfectly. 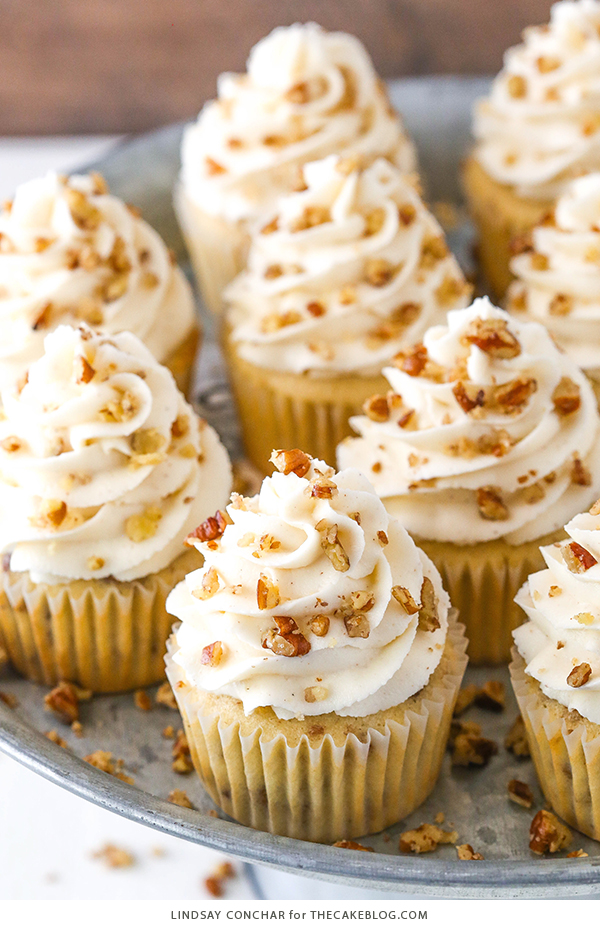 We absolutely loved the final cupcakes! There’s an abundance of pecans but they’re not at all overpowering. The cupcakes themselves are light, fluffy and full of flavor. You could easily sit down and eat several at a time – they’re that good! Several of my taste testers declared them a new favorite! 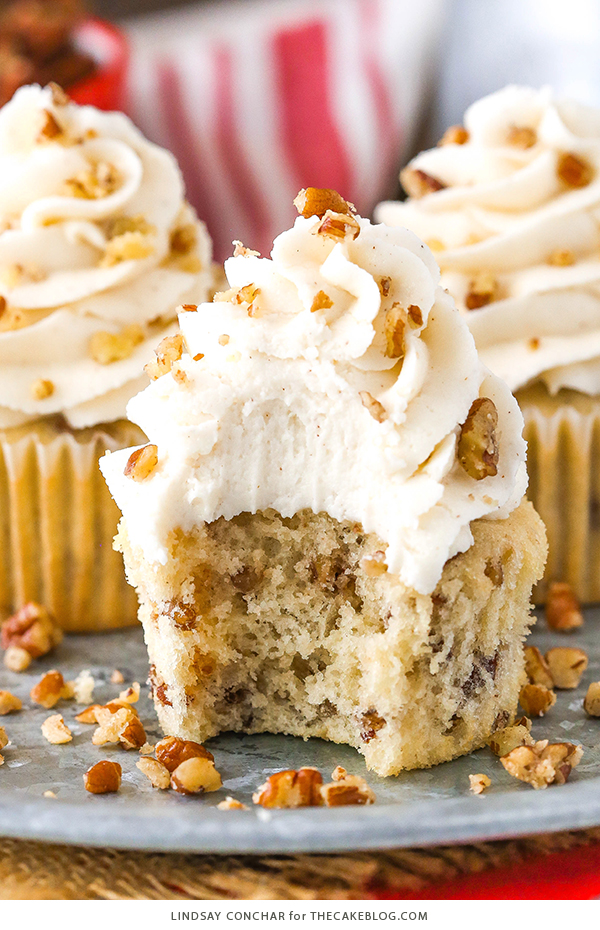 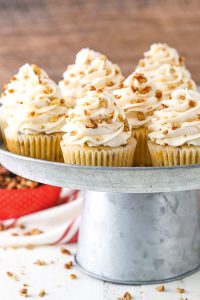 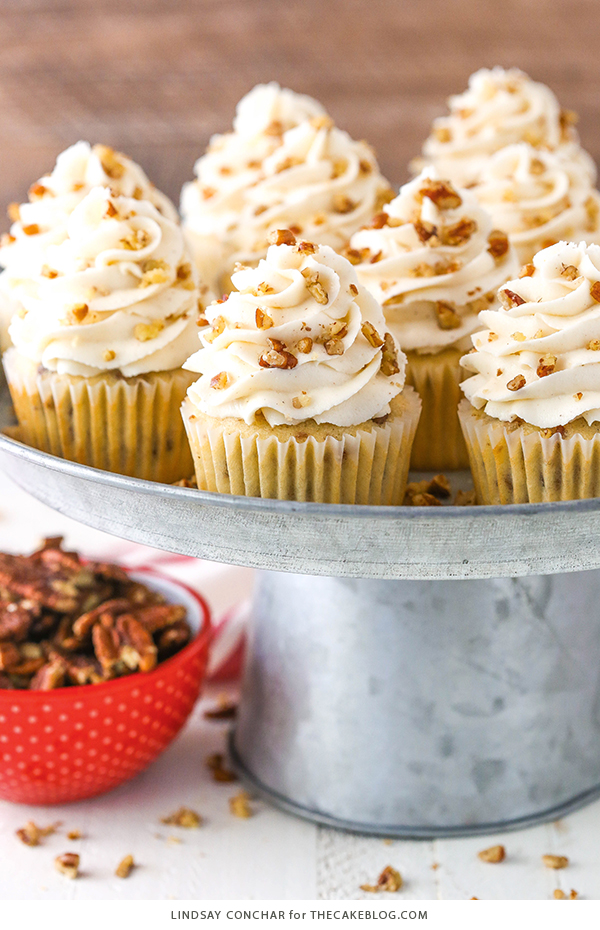