Wherever you are and whatever you are celebrating this season, this is the cake for you.  It doesn’t scream “Holiday,” but has all the makings of a festive treat.  It’s the kind of cake you can enjoy either wrapped up in a cozy blanket next to a fire or impress guests with by presenting it at your next seasonal gathering. 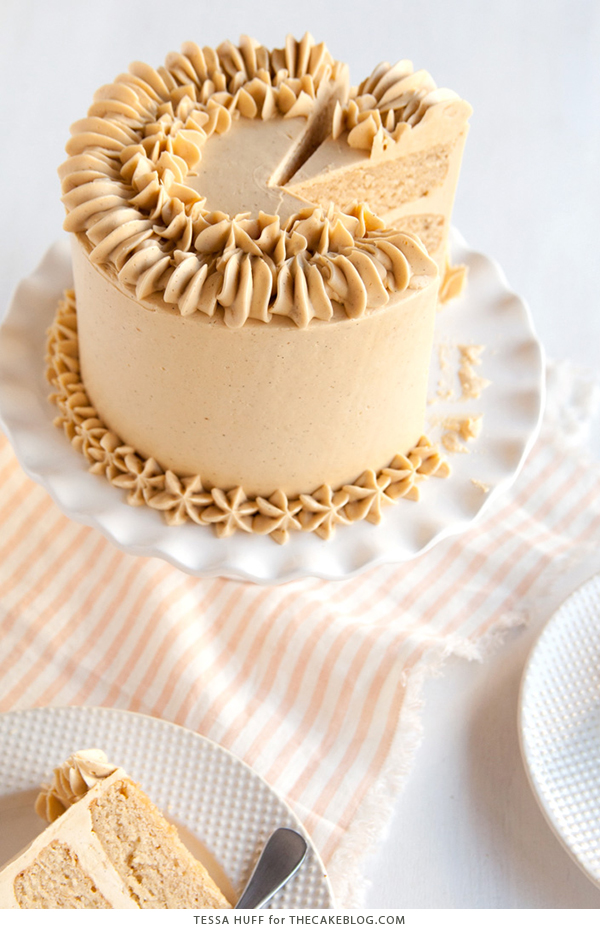 Bottom line – this cake is just plain delicious.  It has all of the flavors of the season, without being too in-your-face festive or gimmicky.  The shredded pears add plenty of moisture while the bit of almond meal lends great texture and flavor to this tender, little cake.  I was planning on a maple buttercream, but maple alone just wasn’t cutting it.  Instead, a pinch of spice and dash of molasses create great depth of flavor and help balance out the cloyingness of straight maple syrup.  The vanilla bean seeds add a touch of warmth in both the cake and frosting to round out all of the flavors. 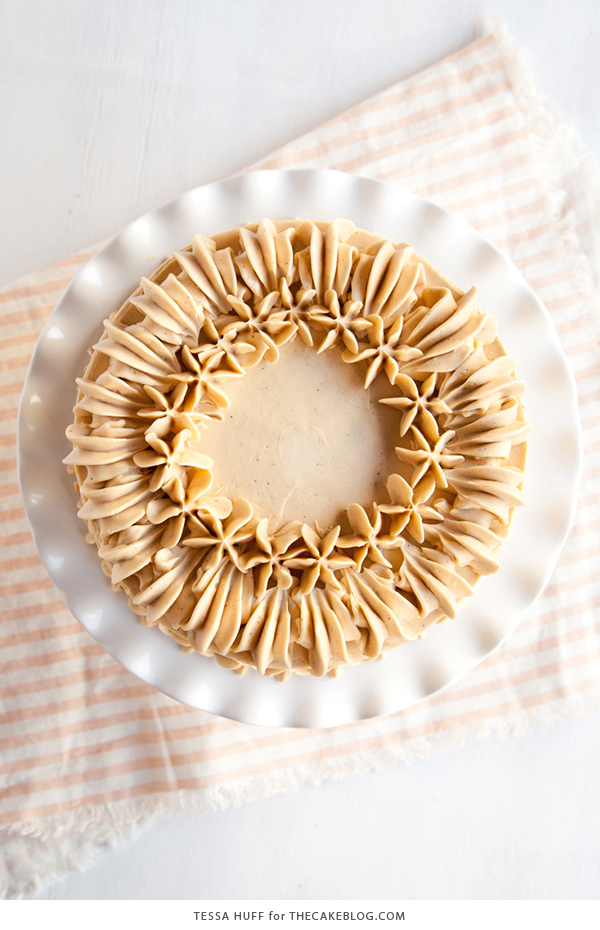 Once assembled, I frosted the cake as smoothly as possible.  I used an open star tip to pipe simple stars around the bottom.  For the top of the cake, I piped shells around the edges – starting at the edge furthest from me, then tapering off the pressure and pulling the tails towards the center, rotating the cake as I went.  To finish, pipe small stars again on top of the tails of the shells.  The fluted tip ads an abundance of texture that makes you look like a world-class pastry chef without too much effort. 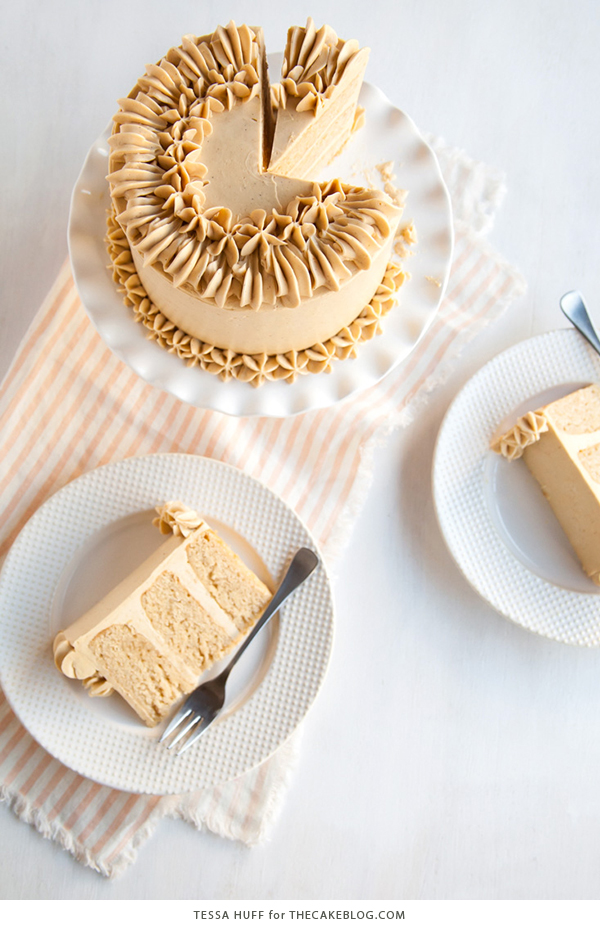 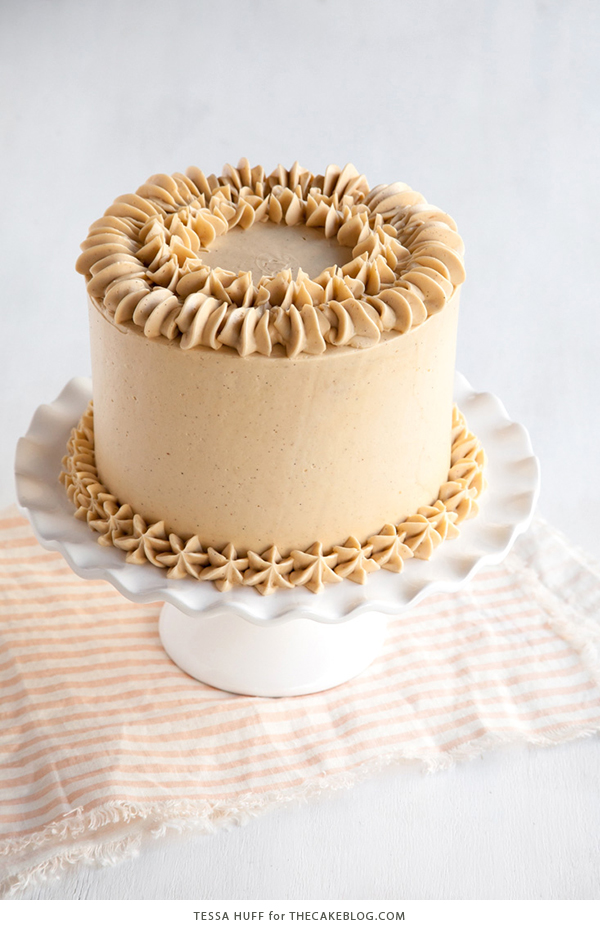 NOTE: If the mixture looks curdled after adding the butter, just keep mixing until it is smooth (this could take up to 5-10 minutes). If it appears soupy, place the mixer bowl in the fridge for 10 to 15 minutes, then mix until smooth. 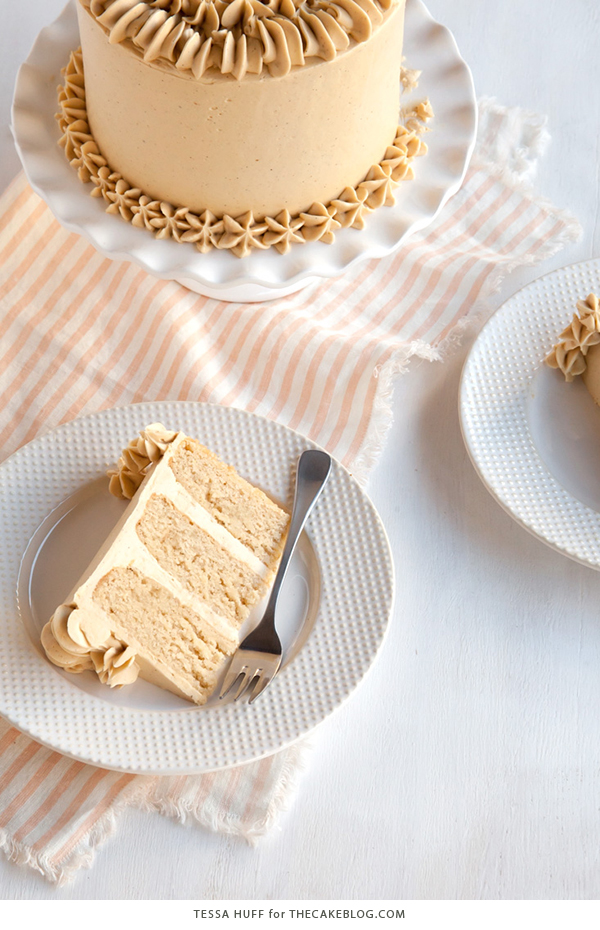