Our contributor, Lauren Kapeluck of EllenJay Events, is back with a delicious new recipe….

It might only be May but the ice cream man has been driving down my street for well over a month now.  Every time I hear his musical truck all I can think about are drumsticks, ice cream sandwiches and popsicles.  It reminds me that the warm weather is here to stay and it’s time to start stocking my freezer full of cool summer treats!  So thank you Mr. Ice Cream Man for inspiring me to create these Creamsicle Cupcakes based off of one of my all time favorite popsicle treats. 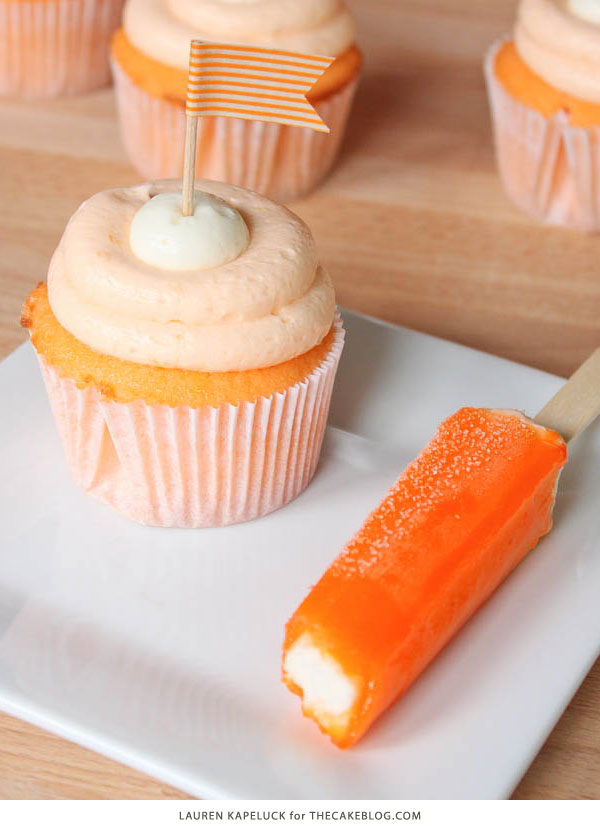 I took a shortcut with this recipe and used a vanilla box mix as the base, but don’t worry it is packed full of all kinds of orange citrus goodness that you won’t be able to tell once you take a bite.  Orange juice and orange zest are used in both the cake and cream cheese icing which really creates a lovely refreshing citrus taste.  These cupcakes are really moist and super light, so don’t be surprised if you find yourself eating more than one at a time. 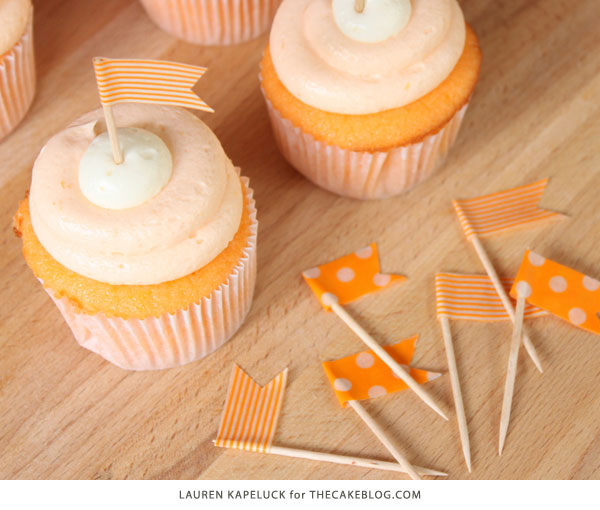 These cupcakes would be perfect for a summer pool party or a citrus theme birthday bash.  Add a scoop of vanilla ice cream along side and you’ve got one yummy treat! 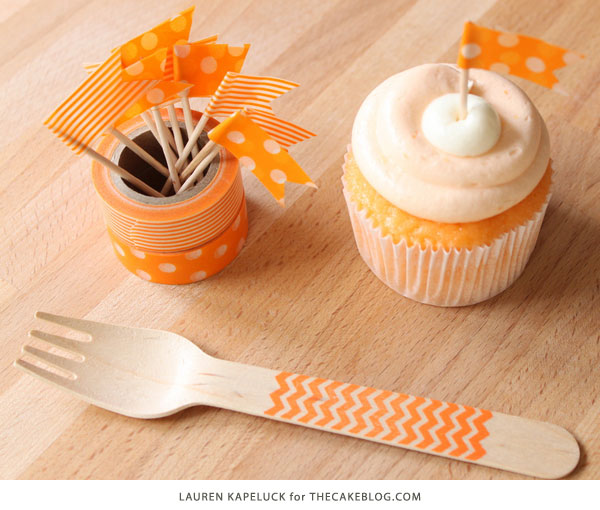 For the Flag Cupcake Toppers:

Cut a two inch piece of tape.  Wrap tape around a toothpick and align ends of tape together.  Press to seal with toothpick inside.  Make a V cut on the end to create flag points.  Insert into cupcakes. 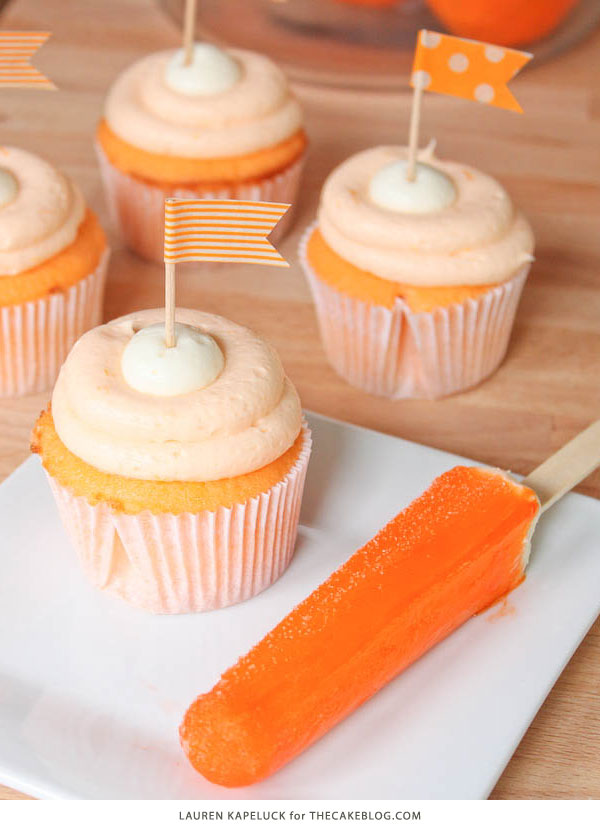