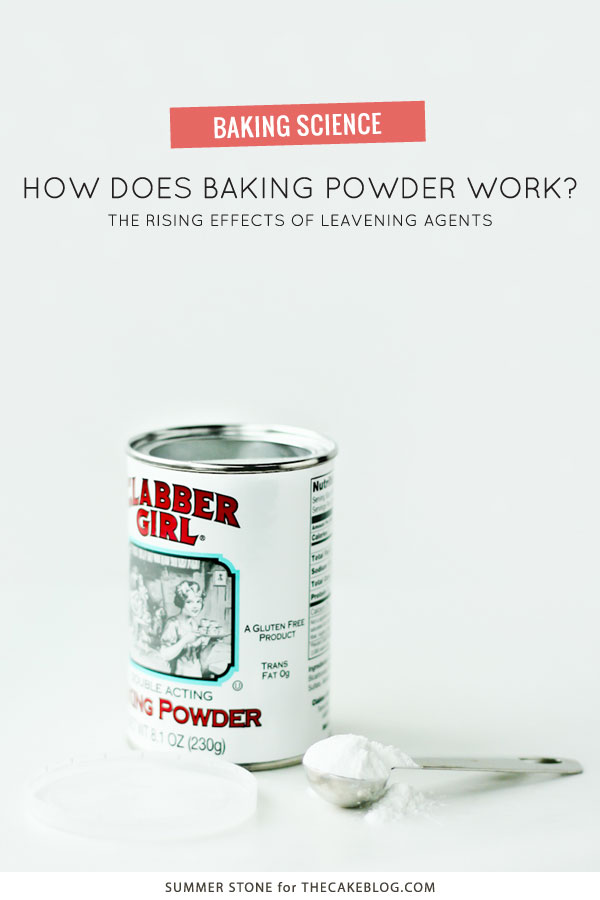 The difference between a dense pound cake and a fluffy butter cake is often a factor of leavening.  While chemical agents such as baking powder or baking soda play an important role in the leavening process, mechanical mechanisms as well as the physical makeup of the batter also contribute to the final structure of the cake.

So what exactly is leavening?  Leavening is defined as a rising agent, a substance that is used to make a dough (or batter) rise.  In a cake, the following physical, mechanical or chemical mechanisms lead to enlightenment: 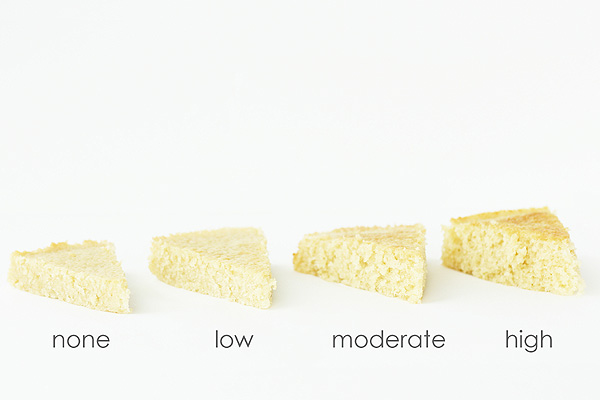 To illustrate the effects of varying amounts of chemical leavening, I baked four cakes with varying measures of baking powder in a neutral cake batter.  In a recipe that would yield a three-layer, 8-inch diameter cake I added either no baking powder, 1 teaspoon, 3 teaspoons or 6 teaspoons baking powder. 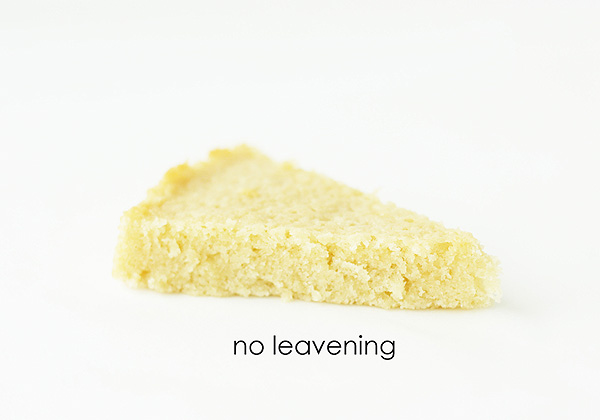 The cake with no baking powder was short and dense with a tight crumb. 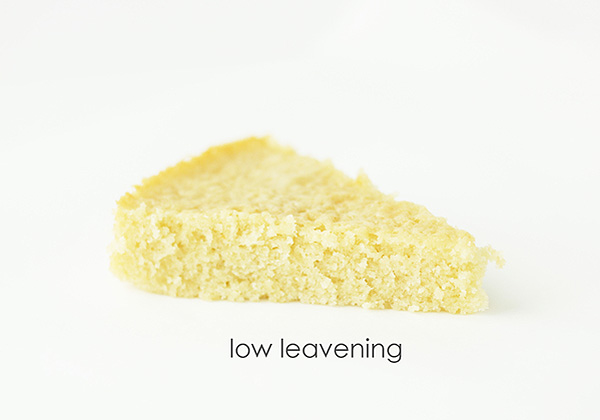 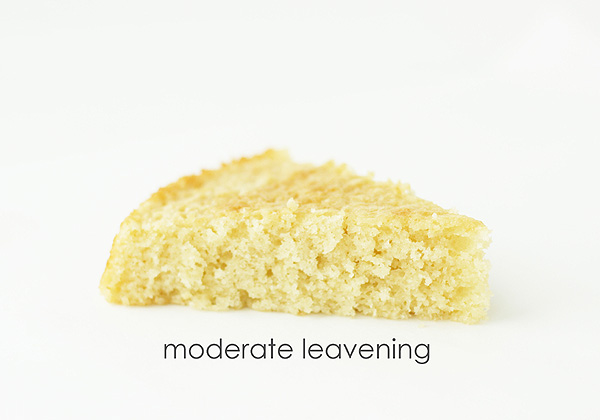 The cakes with 1 or 3 teaspoons of baking powder were varied degrees of lighter in texture, but still maintained reasonable crumb strength. 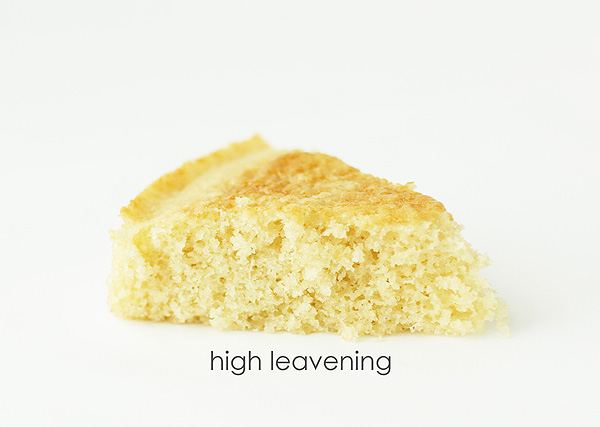 The 6 teaspoon baking powder cake was very light but the large air cell size resulted in a weak, over-expanded structure that did not cut cleanly or hold together well.  The alternate effect of over leavening a cake is excess rise during baking leading to poor infrastructure and eventual collapse to a sunken state.

Mixing, formulation and leavening additives all contribute to the rise of a cake.  By varying mixing methods, recipe constituents and type and volume of leaveners you can modify the degree of density or fluffiness in your cake.  I hope you can try some variations in your own recipes in order to produce your own optimal result.