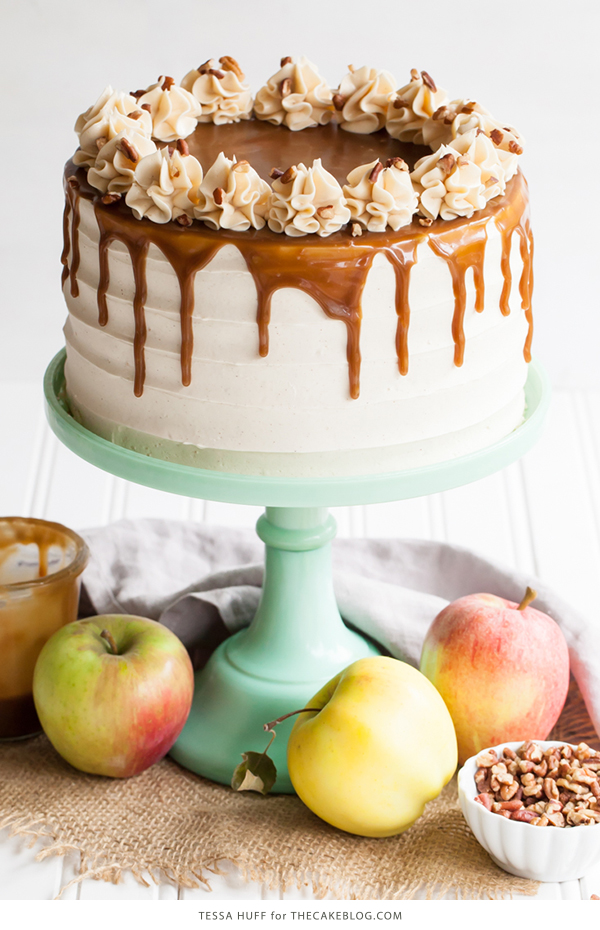 I’ve resisted all-things apple, pumpkin, and spice for too long, but now it is definitely time to dive into fall baking head on! I’m kicking off my favorite season with this Apple Toffee Crunch Cake, and I can’t wait to share it with you all. So bundle up in your boots, scarves, and favorite flannels, and let’s get to it! 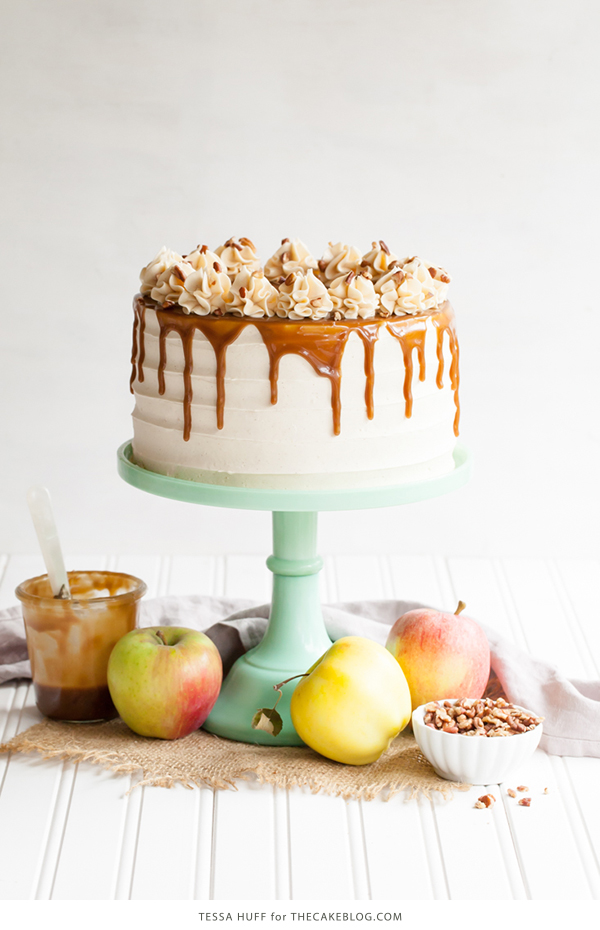 This cake is everything you could ever want from an autumn apple cake. It is moist and flavorful with a bit of crunch and touch of spice. It plays off our favorite fall flavors, a variety of textures, and even showcases a spectacular toffee drip! Trust me, your apple-picking haul is destined for this recipe. 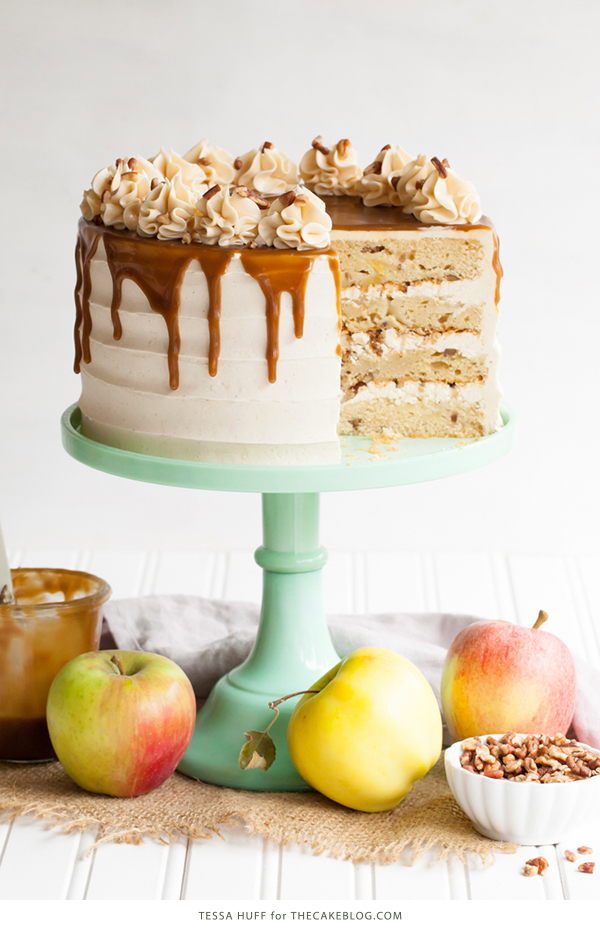 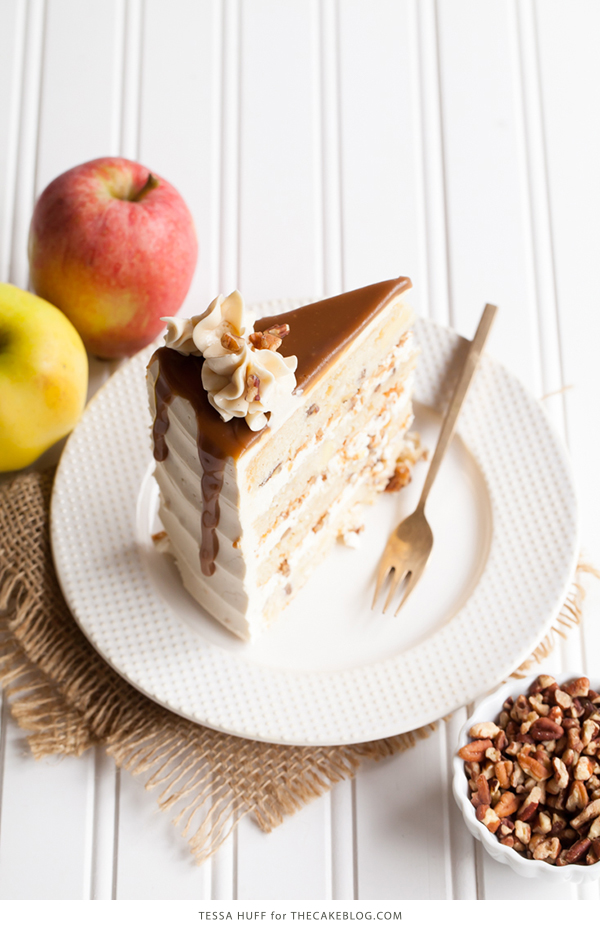 The cake itself is packed full of apples – each piece melting into the crumb to keep it extra moist. I like to use a variety of baking apples, some sweet and some tart, to keep the flavor balanced. All the apple bits and pecan pieces make this cake slightly denser than your typical sponge cake, but the butter keeps it rich and tender. The cake tends to get bit crumbly when sliced, but trust me, it’s worth it (I considered revising the recipe a bit, but the flavors were just so much stronger in this version that I decided to stick with it!). 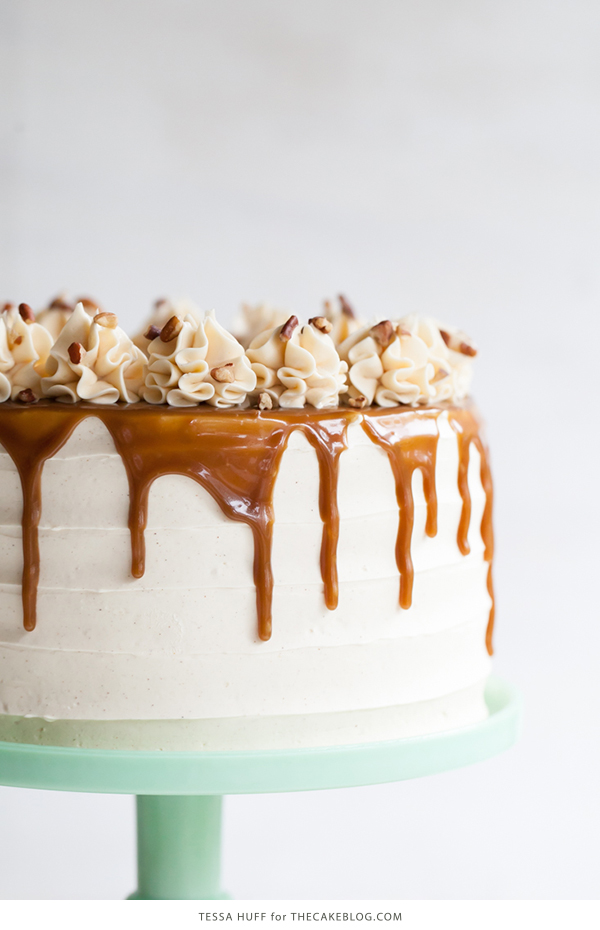 The subtle spice in the frosting is heavenly. A little bit of cinnamon can go a long way, but feel free to adjust to your personal taste. The silkiness of the buttercream pairs beautifully with the pecan crunch. As opposed to caramel sauce that starts with cooked sugar before being mixed with cream and a touch of butter, this toffee sauce uses brown sugar and much more butter to keep it sweet, smooth, and all-around amazing. Mix a bit of extra sauce with any remaining buttercream and dress it up with frilly piped details. Be sure to serve at room temperature for maximum flavor and superior texture since everything seems to firm up a bit once chilled. 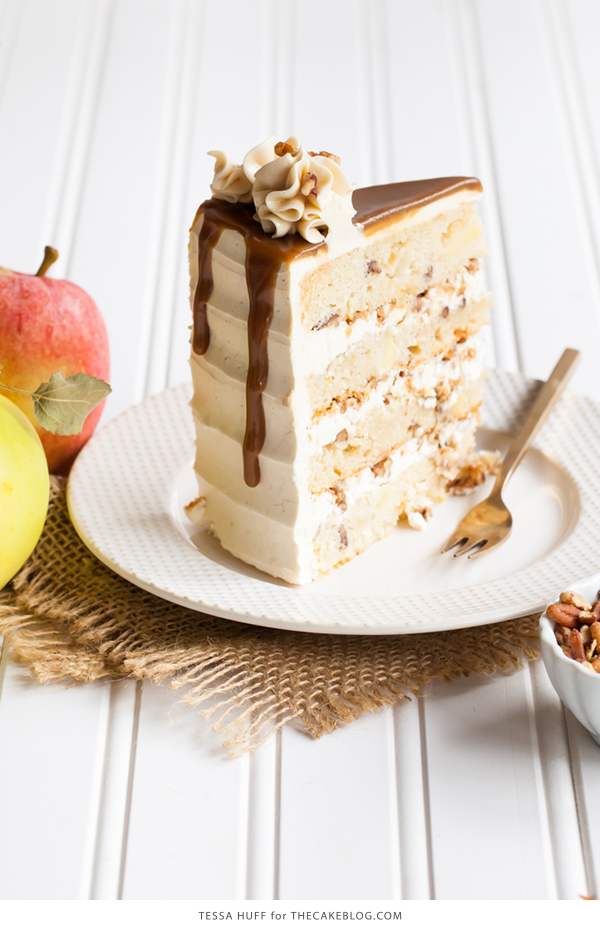 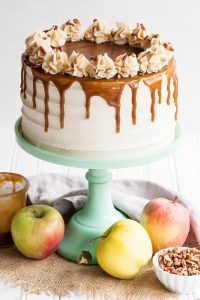 For the Apple Cake:

For the Pecan Crunch:

For the Toffee Sauce: 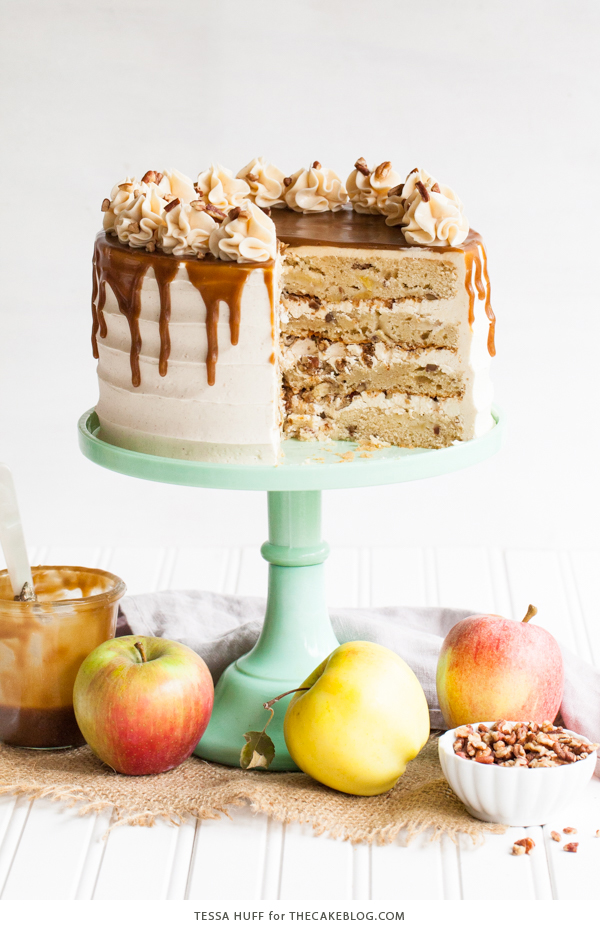 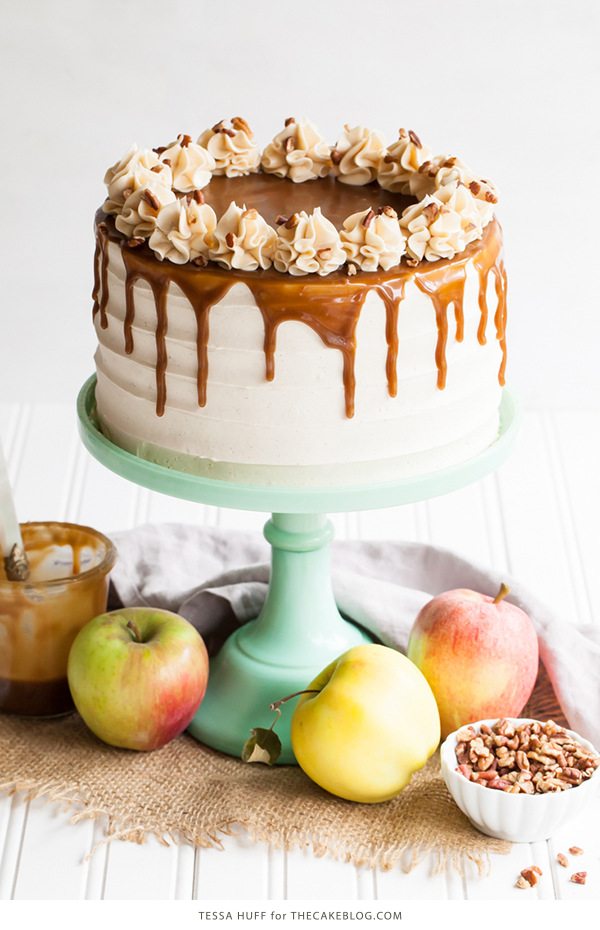