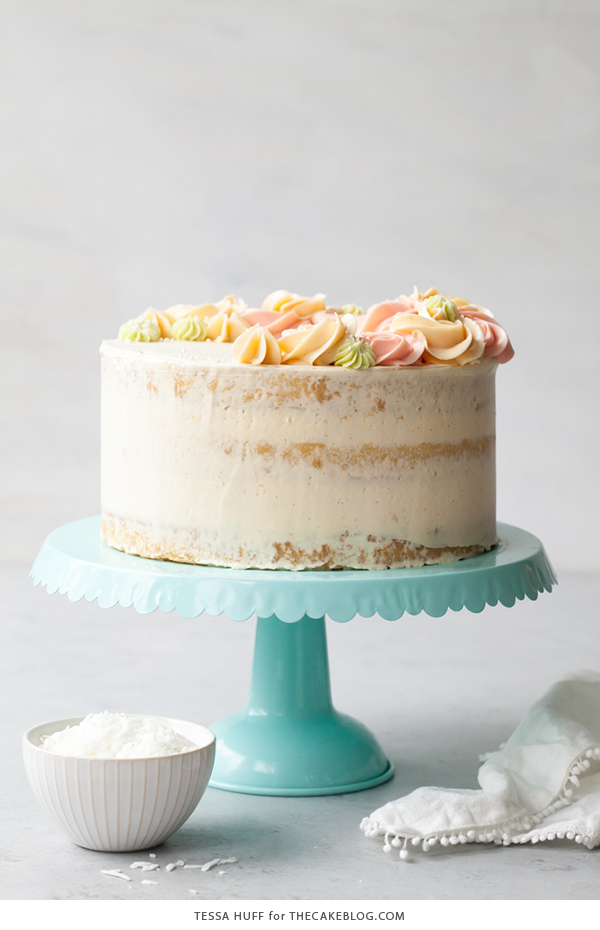 It seems like spring is full of mini milestones leading up to summer. We’ve just had Day Light Savings, Pi(e) day and St. Patrick’s Day, and we now gearing up for Easter and Mother’s Day. Perhaps spring is packed with all of these holidays to help get us through the dreary weather and sporadic rain falls as we anticipate the sunny days of summer? I don’t know for sure, but I will take any reason (big or small) to celebrate and make cake, especially coconut cake. 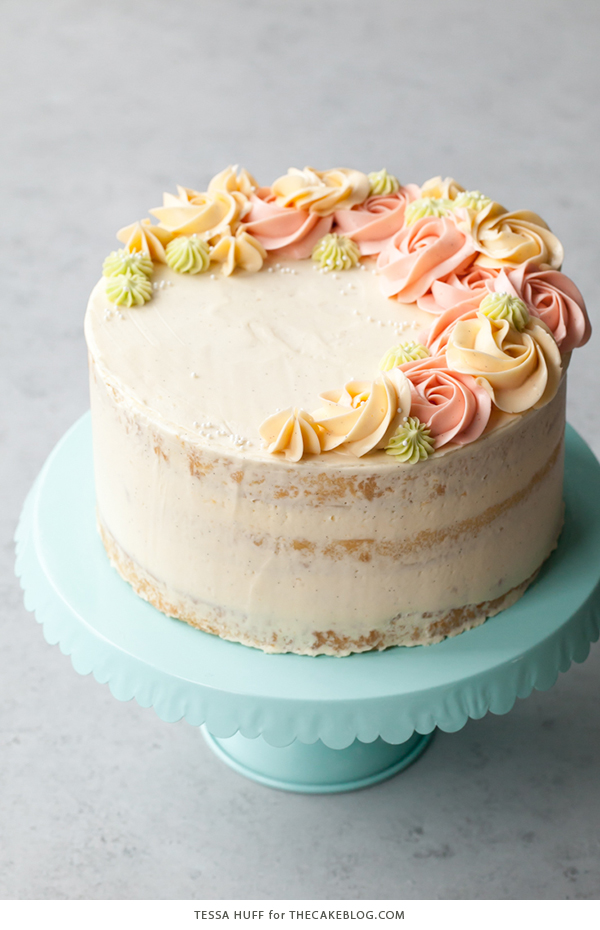 Easter makes me think of fluffy white bunnies, cheery floral prints, and lots of pastel prettiness, and this Coconut Cake with Vanilla Bean Buttercream certainly fits the bill. I wanted to create a cake this year for Easter than was just as lovely as the day itself – something beautiful to represent renewal, love, hope, and growth. With a palette of pretty shades of pink, peach, and spring green, I adorned this simple yet delicious cake with a crescent of spirally rosettes, buttons, and white nonpareils. 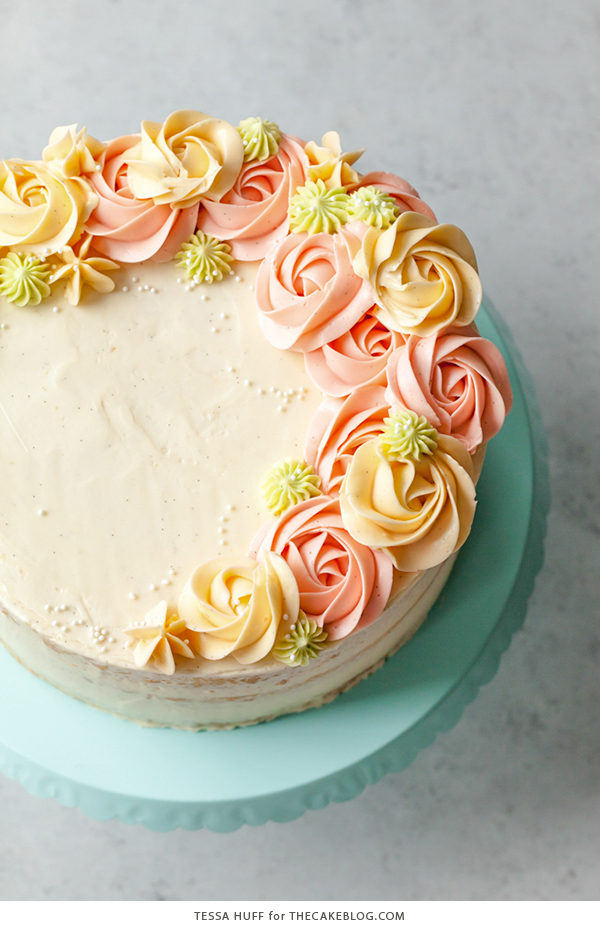 What goes well with coconut? More coconut! I found that many coconut cake recipes are paired with lemon or vibrant tropical flavors. For this cake, I wanted to make sure that the coconut remained the star and wasn’t weighed down by other overly sweet or tart ingredients. The cake layers themselves are made with creamy coconut milk then brushed with coconut simple syrup. The coconut simple syrup adds great depth to the otherwise subtle cake layers without the use of coconut extract. Trust me, it tastes like heaven! I first considered a coconut cream cheese frosting, but a simple yet pure vanilla bean buttercream ended up being the perfect match. 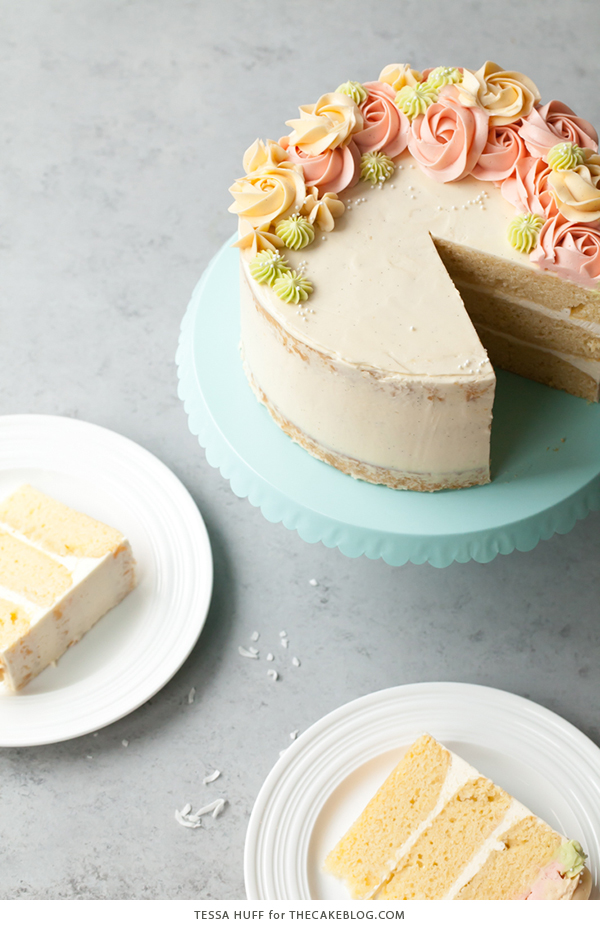 For this cake in particular, I was less than generous with the buttercream filling and frosting because I knew I wanted to use a lot of it when it came to the decoration. Plus, I like the subtle mix of the pretty rosettes with the slightly rustic, semi-naked sides. If you’d prefer not to include the flowers on top, then simply use the buttercream to fully frost the sides of the cake. 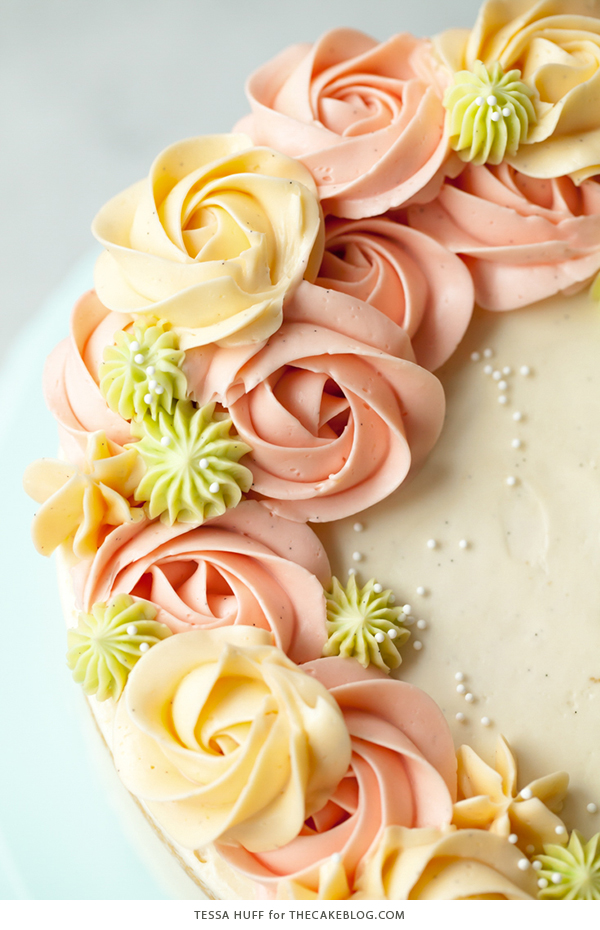 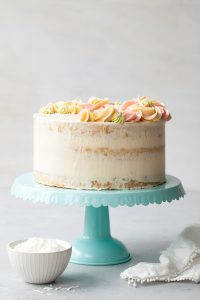 For the Coconut Cake:

For the Coconut Simple Syrup:

For the Vanilla Bean Buttercream: 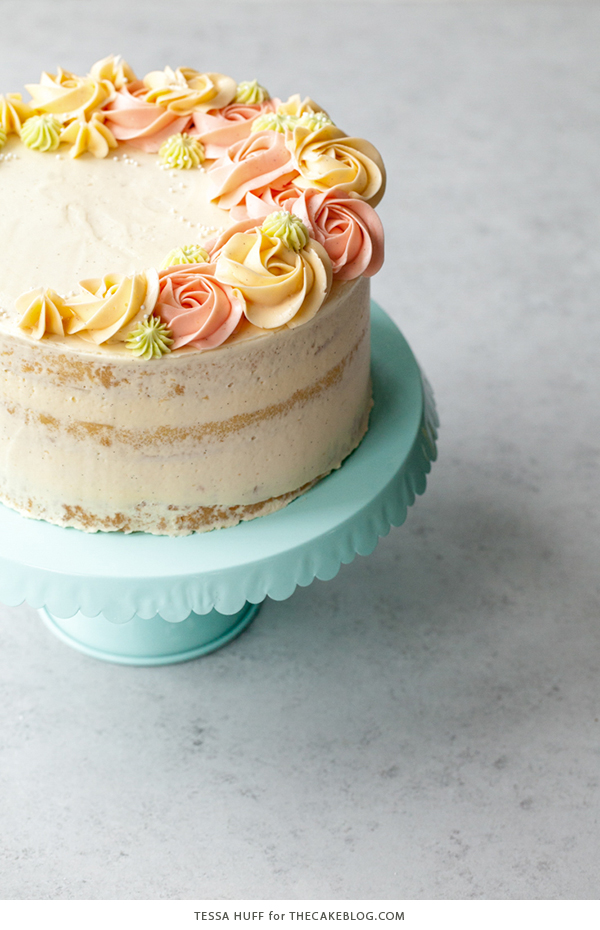 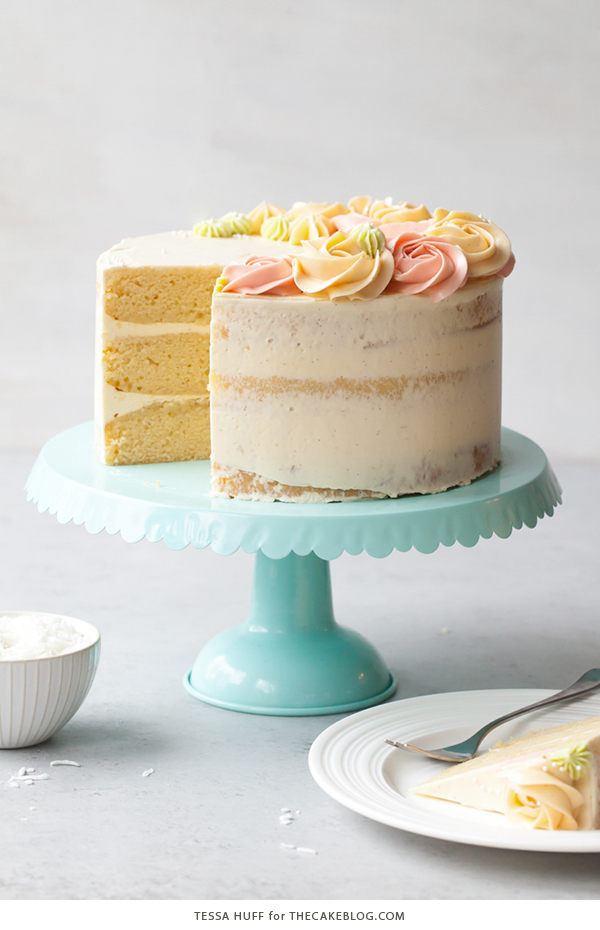